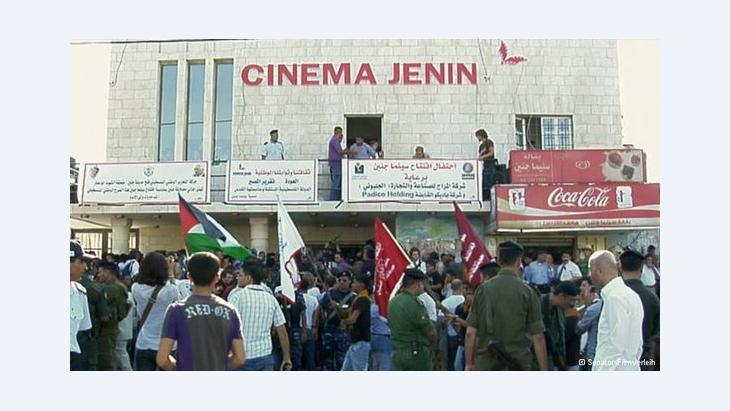 Cinema Jenin on the West Bank
Between Hope and Reality

In his documentary film "Cinema Jenin," director Marcus Vetter portrays the revival of a run-down movie theatre on the West Bank. But a cinema is not enough to bring back normality. By Bernd Sobolla

"Cinema Jenin" never would have happened if it weren't for the film "The Heart of Jenin". The latter tells the story of Palestinian Ismail Khatib, whose 11-year-old son was shot and killed by an Israeli soldier in Jenin in 2005. In an effort to break the spiral of hate, Khatib decided to donate his son's organs to Israeli children.

In 2008, Marcus Vetter and his partner Leon Geller accompanied Khatib on his journey through Israel, where he visited the children who had received his son's organs. The result was "The Heart of Jenin", which won the Cinema for Peace Award in 2009 and the German Film Prize the following year.

On the evening in 2008 when "The Heart of Jenin" was being shown in the city of Jenin on the West Bank, Vetter and Khatib were walking through town and came upon an old cinema. It had been shut down during the first intifada ﻿– i.e. the Palestinian 'uprising' ﻿– in 1987 and remained closed ever since. Vetter then came up with the idea of rebuilding the dilapidated Cinema Jenin.

"When you've made a lot of films, you realize that a film may move the audience, but on the ground, nothing changes," he commented. Together with Khatib and his translator Fakhri Hamad, Vetter decided to undertake the ambitious cultural project, which was filmed by Aleksei Bakri and Mareike Müller. 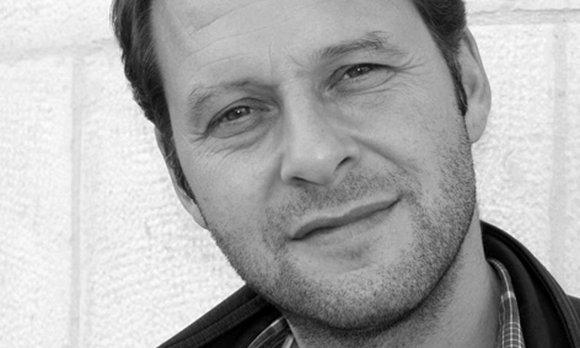 Filmmaker Marcus Vetter stayed focused on his vision: The Cinema was built by dozens of Palestinian and foreign volunteers. Now the complex includes a 350-seat movie house, an outdoor cinema in the adjacent garden, a cafe, a guest house, a film library and a dubbing studio

​​"There used to be a lot of modern cinemas in Palestine. People waited in line to watch movies," learns the viewer at the beginning of "Cinema Jenin". "Women wore miniskirts instead of headscarves. Imagine how it would be if movies were once again shown in Jenin. Together, we have a dream." Initially, however, that dream was buried under 10 centimetres of dust. The walls were crumbling, and springs were sticking out of the old seats. A few rays of sunlight shone through the broken windows, like spotlights on the hopeless scene.

Viewers watch as a camera startles two pigeons, which take flight ﻿– a small sign of hope. But the renovations proved very trying. And when Vetter asked whether the project would be supported by Jenin's influential figures, he got "No, I don't think so" in response. But Vetter remained stubborn ﻿– even though Jenin was considered a bastion of terror, due to its refugee camps, which bred many suicide bombers.

With funding from the Palestinian National Authority, ﻿Germany's Ministry of Foreign Affairs, and private donors, the filmmaker was able to move ahead with his vision. Volunteers came from all over the world to help build. 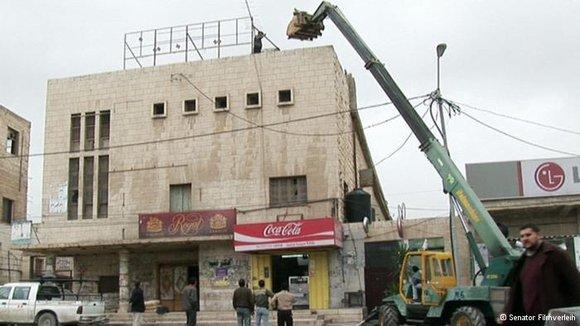 Disused for two decades: Built in the early 1960's, "Cinema Jenin" was considered to be one of the largest and most impressive cinemas in Palestine until it was closed as a movie theatre with the outbreak of the first Intifada in 1987

​​Still, opposition remained strong. While the Palestinians generally supported the project, it wasn't political enough for them, and some even feared that a new cinema would give the false impression of a normality that simply didn't exist. Vetter was met with broad mistrust of so-called peace activities, so the reconstruction was billed as a large cultural project rather that a "Cinema for Peace".

"We wanted to build a cinema in Jenin that would give the residents their dignity back," explained Vetter. "The Israelis often see the Palestinians as culturally backward, which they are most certainly not. "When it has actually happened and the cinema has its own soul, then it can be a big success," he added.

The film shows the constant struggles the team faced with their unusual project. Money often created problems, and several different people claiming ownership of the building turned up to place demands. The group had to navigate through a bureaucratic jungle full of mistrust and preconceptions.

When Israel marched into the Gaza Strip at the end of 2008, a crucial question was raised: Should Cinema Jenin become an instrument of resistance, or is it more important to just establish a good movie theatre?

"Cinema Jenin" viewers can watch as the theatre finally opens in 2010 and Zakaria Zubeidi, head of the Al-Aqsa Martyrs' Brigades, attends the opening ceremony. In his speech, he comments that he always carries his pistol with him, even in the cinema ﻿– far from the "happy end" the cinema crew had been hoping for. Eight months later, Juliano Mer-Khamis, head of the Freedom Theatre Jenin and supporter of the cinema project, was murdered. His death was yet another indication that normality is still not within reach.

Home
Print
Newsletter
More on this topic
Documentary ''The Heart of Jenin'': Donation across the DivideCinema Jenin: A Small Cinema is Big on ReconciliationOn the Death of Juliano Mer-Khamis: 100 Percent Juliano
Related Topics
All Topics
Date:
Mail:
Send via mail

END_OF_DOCUMENT_TOKEN_TO_BE_REPLACED
Social media
and networks
Subscribe to our
newsletter