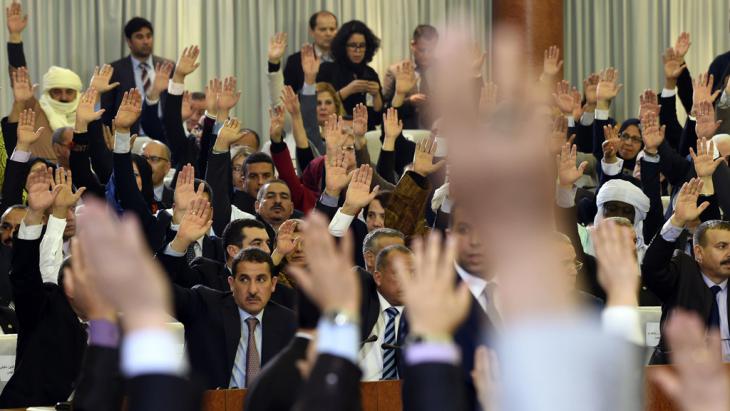 The tug-of-war over identity

In July of this year the Algerian cabinet passed a controversial law allowing only those with ″exclusive Algerian nationality″ to hold high office. Report by Federica Zoja

The searing summer of 2016 has seen considerable unrest in President Abdel Aziz Bouteflika′s Algeria. Three new laws, either passed or drafted, reflect the country′s identity debate amidst independence-linked demands and political rivalry. Algeria is passionately debating identity, with the emphasis ranging from the affirmation of exclusive nationality to the recognition of multilingualism, from religious issues to electoral reform.

On 26 July, the Algerian cabinet approved a law that activates Article 63 of the new constitution; in practice, only those with ″exclusive Algerian nationality″ can be appointed to the state′s highest positions. What is primarily being targeted is dual Algerian-French nationality; a difficult problem to solve.

According to updated data provided by the Association for the Algerian Diaspora (AIDA) and the French Foreign Ministry, there are 450,000 ″French-Algerian dual nationality″ citizens in a ″French Algerian community″ of 900,000 people. However, among the illegal immigrants, refugees or citizens with at least one Algerian parent or grandparent, this figure rises to 5 million. Then there are also the Algerian communities in Belgium, Great Britain, the United States, Canada etc. Depending on how the laws are applied in the various countries, there are likely to be thousands with ″dual nationality″.

The political aspect behind recently approved provisions is the will to fully regain control over the nation, in an uncertain context that does not bode well for the future. 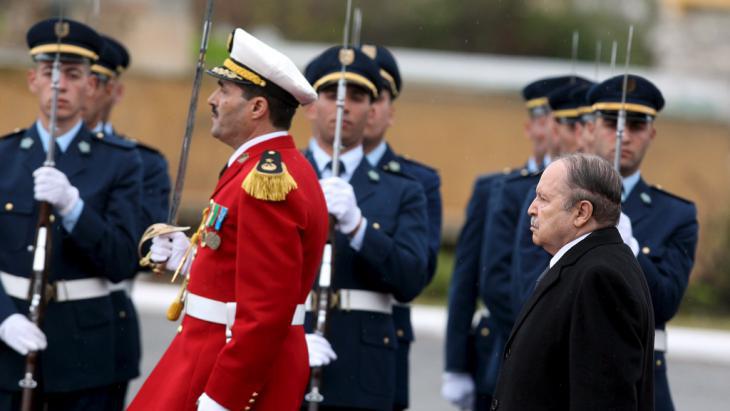 Selection and alienation: the new legislation foresees that, in future, only those with exclusive Algerian nationality may occupy high office within the ″national people′s army″. It is now expected that this law will be extended to include even the rank and file of military personnel

The text of this draft law establishes two categories; one civilian and one military. This is evidently a division that does not belong to the past, but instead will affect contemporary Algerian society, just as has happened in Turkey. Exclusive Algerian nationality is required for the speakers of the two houses, the president of the Constitutional Council, the prime minister and cabinet members, the presidents of the Supreme Court and the State Council, the Governor of the Bank of Algeria, those responsible for the country′s security and the president of the High Commission for the Supervision of Elections. As far as military responsibilities are concerned, the draft law incorporates all main functions in the Algerian People′s National Armed Forces. As decided by the president of the republic, it is expected that this will be extended to include all those with military responsibilities, even at an intermediate level.

Controversy is destined to last for a long time, judging by debates on social networks. The Algerian community abroad has accused the government of ″segregationism″ and ″apartheid″. Or worse, of an explicit desire to prevent a number of important Algerian entrepreneurs living abroad, hence with dual nationality (Algerians in London or Paris or even South America) from running for president, since they might set up a form of presidency protected by international rather than national interests.

What about the president?

A first problem to be resolved in view of this new law is the following; the country′s president was born in Morocco. Should he be considered a real Algerian or not?

Then there are repercussions on the French political stage; what if the French should decide to apply the same law; how many current cabinet members would survive such a ″selection″? And then, would it not be best to imitate Algeria, as Le Pen′s supporters state, in the name of security and identity protection? 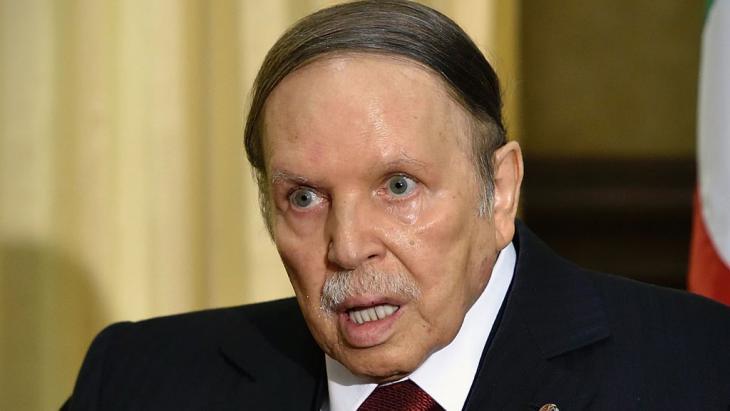 A "genuine" Algerian? Abdelaziz Bouteflika was born on 2 March 1937 in Oujda, Morocco. In reaction to his controversial policies, Algerian communities abroad are increasingly accusing the president of a targeted policy of segregation and apartheid

In the meantime, Algerians residing outside the country′s borders will soon be allowed to open bank accounts in the currency of the country they are permanently resident in. This was announced at the end of June by the Finance Minister, busy improving matters by multiplying bank accounts from 7 to 17 million over the next two years. Obviously it doesn′t matter whether money is exclusively Algerian or not.

Then there is the issue of French being used in high schools. It seems that for many contemporary Algerian adolescents, the language of the colonisers is difficult and therefore ″penalising″ – as reported by the more nationalist press – compared to standard Arabic or even English.

The commission appointed to permanently introduce French in high schools is thinking of doing so only for scientific subjects in order to support the many students who intend studying scientific subjects at French, Belgian or Canadian French-speaking universities.

Detractors of this legislation, in the planning since the end of 2015, believe, however, that it is an ″attack on Algerian linguistic sovereignty″, despite that fact that scientific subjects are already mainly taught in French in Algerian high schools.

Fashionable during the seventies, this debate was resurrected by Islamists in the nineties: nothing but a dead end, it offers no solutions to an issue which young Algerians consider even more pressing, that of creating jobs, be they in Arabic, Berber, French or English.

Home
Print
Newsletter
More on this topic
President Bouteflika and Algeria′s future: The sick man of the Mediterranean The Maghreb: Why does the Algerian regime fear Rachad? Conflict between Arabs and Berbers in Algeria: A social minefield
Related Topics
Abdelaziz Bouteflika, Algerian Opposition, Democracy and civil society, Languages, Rule of law
All Topics

The Algerian state's insufficient response to a recent spate of femicides has driven hundreds of women to defy coronavirus lockdown restrictions to take part in street protests, ... END_OF_DOCUMENT_TOKEN_TO_BE_REPLACED

EU parliamentarian Dietmar Koester criticises the Union's failure to speak up when faced with human rights abuses committed by its Middle Eastern allies, while pointing out that ... END_OF_DOCUMENT_TOKEN_TO_BE_REPLACED

On the 10th anniversary of the Arab Spring we can’t quite escape that substance called remembrance. Yet, eschewing facile modes of nostalgic remembrance and/or tragic lamentation ... END_OF_DOCUMENT_TOKEN_TO_BE_REPLACED

In her third and most recent novel, Paris-based Algerian author Kaouther Adimi writes almost prophetically about a rebellion by a handful of children against the rigid and ... END_OF_DOCUMENT_TOKEN_TO_BE_REPLACED

Mass protests began in Egypt on 25 January 2011. They triggered the overthrow of long-time ruler Mubarak. Ten years later, many human rights activists and journalists are in ... END_OF_DOCUMENT_TOKEN_TO_BE_REPLACED

END_OF_DOCUMENT_TOKEN_TO_BE_REPLACED
Social media
and networks
Subscribe to our
newsletter