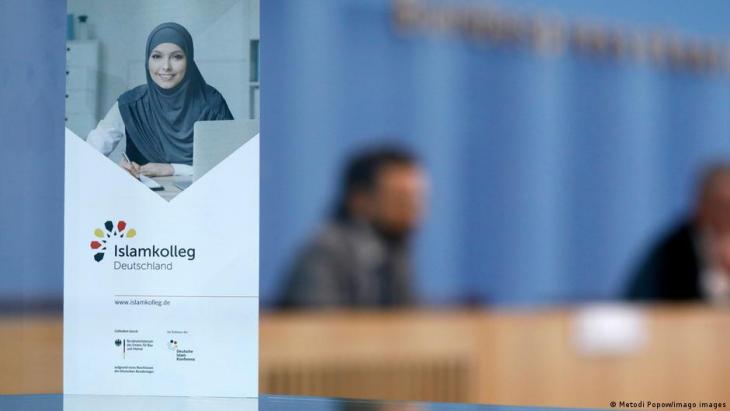 On 15 June, the "Islamkolleg" in Osnabruck officially launched its new training programme for imams in German. The college is intended to prepare Islamic theologians for their work in mosque communities and thus further the integration of Muslims in Germany. By Christoph Strack

For Ender Cetin, it is a "right step in the right direction". The 45-year-old, born and raised in Berlin as the child of Turkish migrants, was one of the first to enrol in the new course at the Islamkolleg in Osnabruck, which celebrated its launch on 15 June.

Cetin, who has already served as a lay imam, waxes lyrical about the new training. He admits he finds the idea that it will be possible to train imams 'made in Germany' for once, with open prospects for the future, really exciting. "It is going to be hugely enriching," Cetin adds.

Just how important the Osnabruck project is was revealed by Federal Interior Minister Horst Seehofer, who is responsible for religion within the federal government, during a speech to the German Islam Conference in November 2020. Then, Seehofer described the Islamkolleg, still in the planning stage at the time, as "self-confident and cooperative." He said the establishment was good news for Muslims in Germany. With a view to the various offerings, he said, he was confident that in the future, far more than today, the "Islamic culture" in Germany "will correspond to the reality of life of the Muslims living in Germany". It is about turning away from an imported Islam, often dominated by Turkey and shaped by its mosque association DITIB.

Behind the project are Islamic scholars from the University of Osnabruck, where the Institute for Islamic Theology has been established for years, and German Muslims with a Bosnian background. According to their own information, the participating associations cover some 500 of the 2500 or so mosques in Germany. But Bosnian Islam in Germany is not controlled from Bosnia. Anyone visiting the city's largest Bosnian mosque in the heart of Berlin's trendy Kreuzberg district will easily understand the sermon, which is delivered in German. 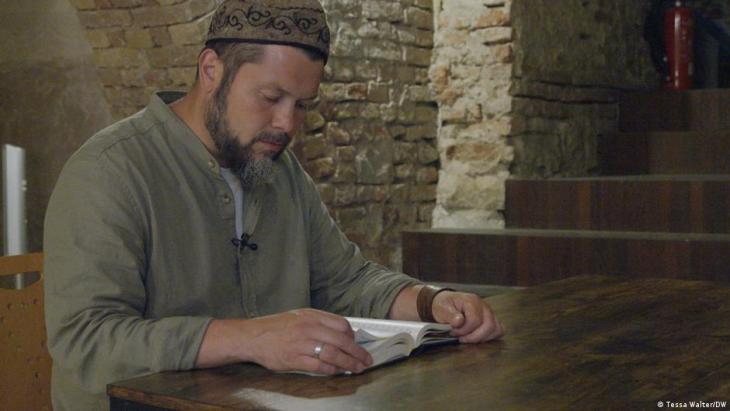 A step in the right direction: Ender Cetin, aged 45, the son of Turkish migrants born and raised in Berlin as the child of Turkish migrants, was one of the first to enrol in the new course at the Islamkolleg in Osnabruck, which celebrated its launch on 15 June."I believe we are at a turning point in Muslim history in Germany," says Cetin. The need for such practical training is growing. A regular visitor to schools, he senses that young people "increasingly prefer to talk about their religion in German"

According to the Islamkolleg, 25 people have signed up for the two-year imam training programme. Another 25 men and women are enrolled in advanced training courses. The language aspect is central. Graduates of the Islamkolleg will have been taught exclusively in German. At the same time, the training emphasises academic standards. Thus, even those who have previously studied Islamic theology at a university are to be trained at the Islamkolleg for concrete work in pastoral care after graduating from university. The approach is comparable to the training of future Catholic or Protestant clergy, who are still introduced to practical work after graduation.

For politicians, this training of future imams in German is so important that the Islamkolleg has received start-up funding from the Federal Ministry of the Interior and the state of Lower Saxony. With content taught in German and its proximity to an academic location, the Islamkolleg corresponds precisely to the requirements that politicians have been stipulating for imam training for years.

When the chairman of the Islamkolleg, Bosnian-born Islamic scholar Esnaf Begic, and Bulent Ucar, professor of Islamic theology at the University of Osnabruck, and now the college director, presented the concept in Berlin in October 2020, they were still hoping to start at the beginning of 2021. Because of the COVID-19 pandemic, this was initially postponed until March, and finally the current June date. The official opening ceremony was held on 15 June, with the courses starting the day before.

With regard to the participants on the first course, Bulent Ucar speaks of a "colourful mix" in terms of ethnic background and assignment to Muslim associations. "We have Muslims of Turkish origin, Arab origin, Bosnian origin and even converts," he said. "The proportion of women is 20 percent."

With regard to the learning content, Ucar speaks of "elementary basic requirements" for community work. "In my opinion, this includes being proficient in the German language, in addition to practical teaching, liturgical and pastoral skills." Today, he said, it is the case that congregations "partly no longer" understand their imams. This leads to major communication problems between the imams and their parishioners. If the imams cannot reach the younger members, they are in danger of migrating to extremist groups that present their offerings on the Internet.

Among those attending the opening were former German President Christian Wulff, who is involved in a number of projects aimed at fostering dialogue with Islam, and Seehofer's State Secretary Markus Kerber, something of a driving force behind the Islamkolleg within the German Islam Conference. The chairman of the Central Council of Muslims, Aiman Mazyek, explained the hopes that the new college is also raising on the Muslim side: "We have a unique opportunity to organise the supreme discipline of Islamic theology, the training of imams, in Germany, in a practical way that meets the needs of the mosques, coupled with solid German academic support." For him, it is now important to campaign for acceptance of this approach and this service within the mosque communities. In this way, he said, the Islamkolleg could gain broad support.

Ender Cetin, the participant from Berlin, is confident: "I believe we are at a turning point in Muslim history in Germany." The need for such practical training is growing, he adds. Cetin says he regularly visits schools and senses that young people "increasingly prefer to talk about their religion in German."

Dalia Hatuqa is an experienced journalist who has reported on the Israeli-Palestinian conflict from Ramallah, Washington DC and Amman. A writer for Time Magazine, Foreign Affairs ... END_OF_DOCUMENT_TOKEN_TO_BE_REPLACED

Since President Abdul Fattah al-Sisi seized power in Egypt in 2013, he has ruled the country with an iron fist. Civil society, opposition and free press struggle to survive. Tens ... END_OF_DOCUMENT_TOKEN_TO_BE_REPLACED

Many Turks are dissatisfied with the international status of their country. At the same time, opinion polls reveal great scepticism among the Turkish population towards the USA. ... END_OF_DOCUMENT_TOKEN_TO_BE_REPLACED

The German government is planning to legalise cannabis before the end of this legislative period. So what does Islam have to say about its consumption? Will changing the law alter ... END_OF_DOCUMENT_TOKEN_TO_BE_REPLACED

END_OF_DOCUMENT_TOKEN_TO_BE_REPLACED
Social media
and networks
Subscribe to our
newsletter