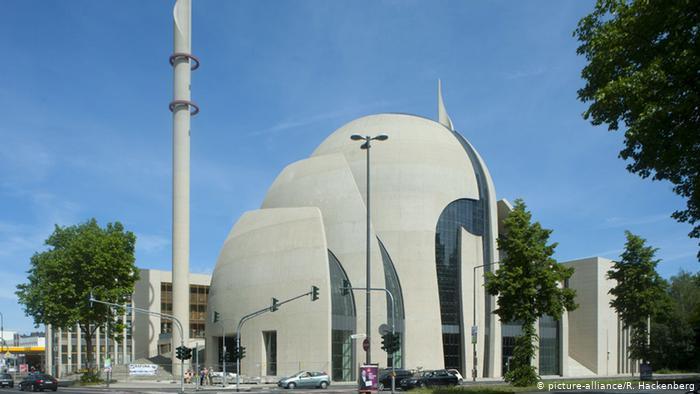 Inspired by a flower bud: the building was designed with glass walls and a staircase accessible from the street, symbolising openness to people of all religions. It features two 55-metre minarets and a dome of glass and concrete which appears to open like a flower bud 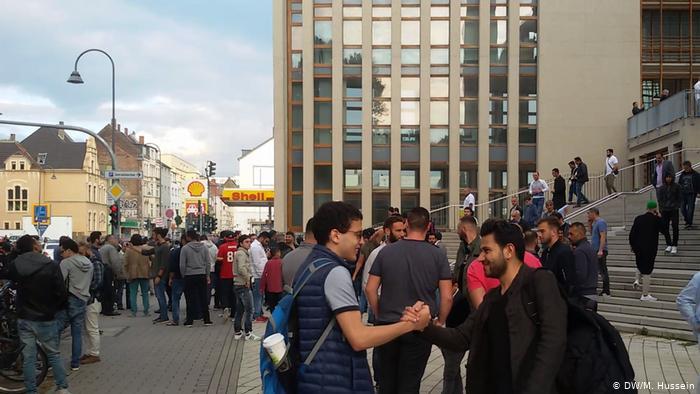 Ehrenfeld's mix of cultures: the mosque is located in Cologne's Ehrenfeld district, formerly a working-class quarter. Ehrenfeld suffered a rise in unemployment and poverty when factories closed in the 1970s. Some time later, however, low rent prices lured in artists, galleries and theatres, ultimately gentrifying the area. Today, 35 percent of locals there have an immigrant background 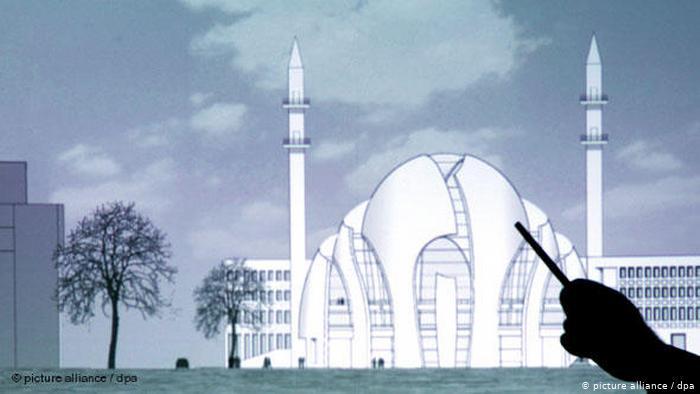 Impressive plans: the construction was funded by hundreds of Muslim associations, but also bank loans and donations from the Turkish government's religious affairs authority in Germany, DITIB. Cologne city council approved the plans in 2008, despite Chancellor Angela Merkel's party, the conservative Christian Democrats, voting against it 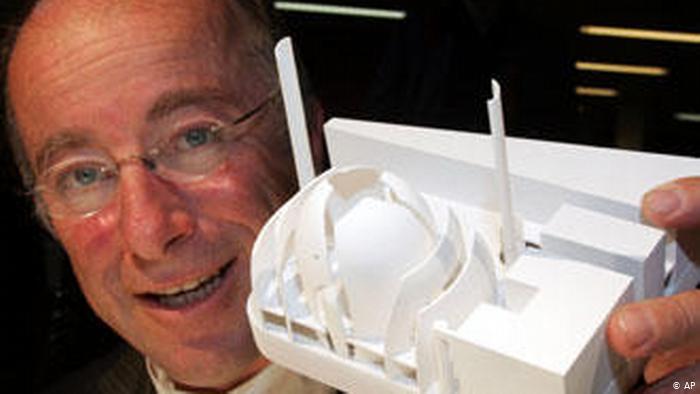 Architect drops out after row with Turkish association: architect Paul Bohm, who specialises in building churches, won the contract in 2005. He saw the building as an act of integration. He later fell out with the new leadership of DITIB and stopped working on the project in 2011 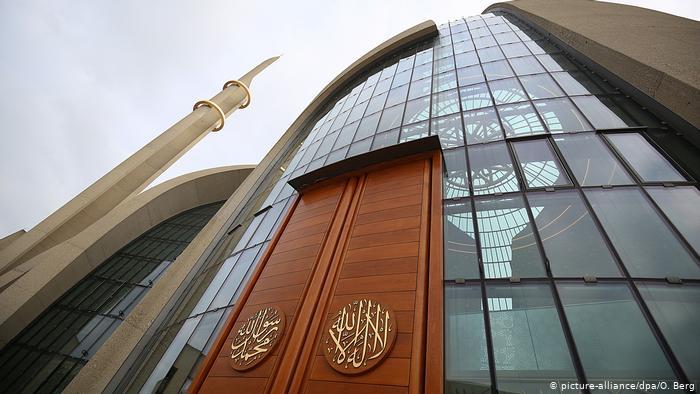 Doors opened in 2017: the mosque first opened for prayer during Ramadan in 2017, but was only officially opened by Turkish President Recep Tayyip Erdogan during his visit to Germany in September 2018 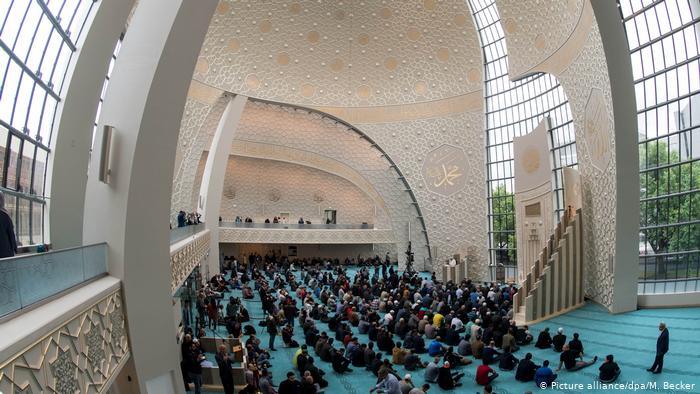 Space for 1,200 worshippers: inside the mosque, there's a prayer area which takes up both the ground and the upper floor, with the two sections connected by a well in the centre of the building's glass front. The complex also houses an Islamic library. In addition there are shops and sports facilities intended to foster interaction among people of different faiths 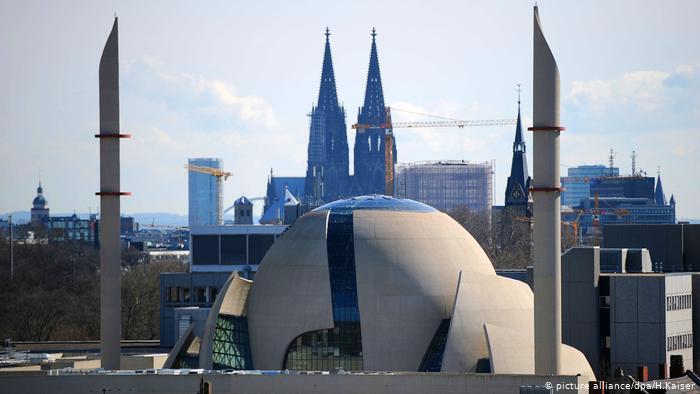 New skyline: some residents were shocked by the sheer size of the construction when the plans were first presented, especially the height of the minarets, and feared a change in the skyline of their "Christian city". The then-Cardinal Joachim Meisner, archbishop of Cologne, admitted to having "an uneasy feeling" about the project 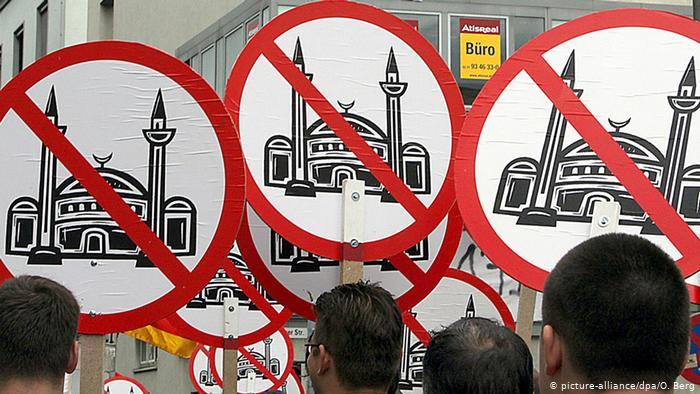 Right-wing protesters oppose the mosque: right-wing politicians picked up on the sentiment and launched a heated debate about the integration of Muslims in Germany. Author Ralph Giordano said the mosque would be "an expression of the creeping Islamisation" in the country 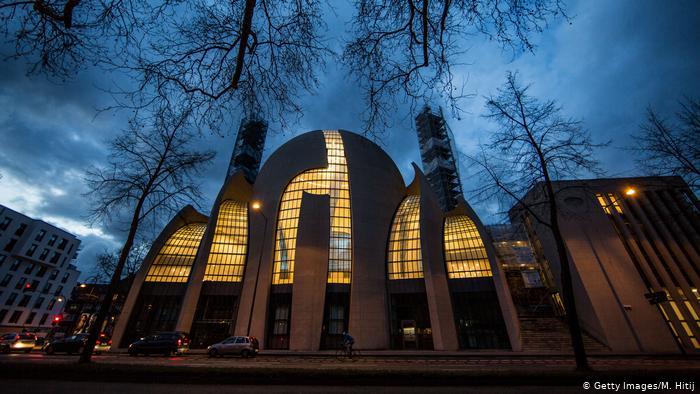 Imams or spies? In 2017, German authorities launched an investigation into the activities of DITIB imams, who are schooled in Turkey and paid by the Turkish state, as well as other people working in the Cologne complex. Mosque employees were suspected of spying against Turks living in Germany on behalf of the Turkish goverment

END_OF_DOCUMENT_TOKEN_TO_BE_REPLACED
Social media
and networks
Subscribe to our
newsletter