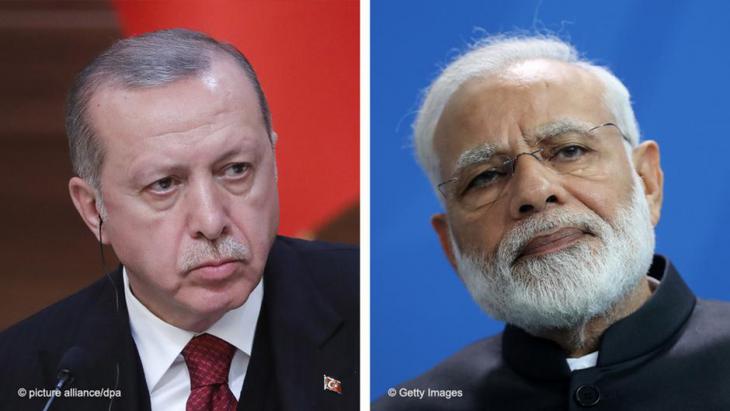 While Indian Prime Minister Narendra Modi has not achieved the degree of "state capture" that Turkish President Recep Tayyip Erdogan has, he is also 11 years behind. The path the two leaders are on, however, is similar enough to invite comparison – and provoke concern. By Shashi Tharoor

Comparisons are generally invidious, especially when they involve political leaders from different countries. Yet, while Turkish President Recep Tayyip Erdogan rose to power 11 years before Indian Prime Minister Narendra Modi, there is much about their personal and professional trajectories that makes comparison irresistible.

Both Erdogan and Modi come from humble, small-town backgrounds: Erdogan sold lemonade and pastries in the streets of Rize; Modi helped his father and brother run a tea stall on a railway platform in Vadnagar. They are self-made men, energetic and physically fit – Erdogan was a professional soccer player before becoming a politician; Modi has bragged about his 142-centimetre chest – not to mention effective orators.

Both Erdogan and Modi were raised with religious convictions that ultimately shaped their political careers. Erdoganʹs Justice and Development Party (AKP) and Modiʹs Bharatiya Janata Party (BJP) have both promoted a religiously infused, nationalist creed that they argue is more authentic than the Western-inspired secular ideologies that previously guided their countriesʹ development.

Yet, to win power, Erdogan and Modi did not count exclusively on religious voters. Both campaigned on modernist platforms, arguing that by implementing business-friendly policies and reducing corruption, they could bring about greater economic prosperity than the establishment they sought to supplant.

Here, Erdogan and Modi press both the past and the future into service. Erdogan extols the Ottoman Empireʹs legacy, while telling voters that they are not only "choosing a president and deputies," but also "making a choice for our countryʹs upcoming century." Likewise, Modi constantly evokes the achievements of ancient India, which he claims to be reviving in the name of creating a better future. 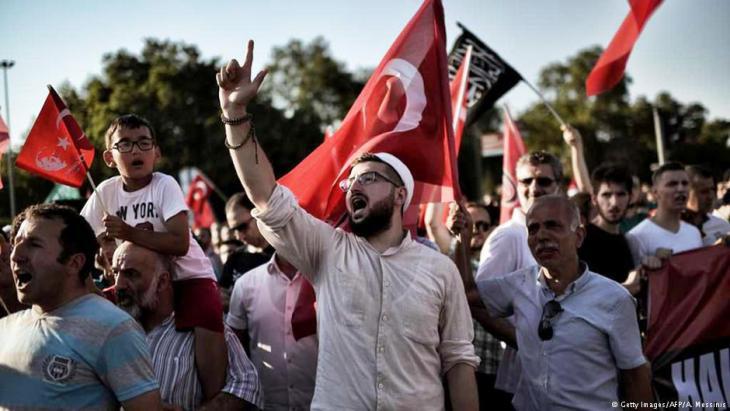 Where are the dynamic, future-oriented agents of change? Having ridden to power on modernising agendas, Erdogan and Modi have since consolidated their respective positions by glorifying the past, promoting a religiously infused, nationalist creed that they argue is more authentic than Western-inspired secular ideologies

In short, Erdogan and Modi have consolidated their power by glorifying the past, while portraying themselves as dynamic, future-oriented agents of change – heroes galloping in on white stallions, swords upraised, to cut the Gordian knots holding their countriesʹ down.

At the same time, Erdogan and Modi have painted themselves as political outsiders, who represent the "real" Turks or Indians long marginalised by cosmopolitan secularists. With popular discontent high when they rose to power, such political messaging fell on receptive ears. The narrative of resentment against the established secular elites, peppered with religious-chauvinist discourse and historical revisionism, facilitated their emergence as voices of the middle classes of the hinterlands and second-tier cities and towns.

Home
Print
Newsletter
More on this topic
The achievements of Erdogan: With me or against meFreedom of speech under threat in India: An army of Hindutva trollsErdogan and Turkish foreign policy: Neo-Ottoman rumblingsHindus and Muslims in India: Why census data is a priority political issue
Related Topics
Democracy and civil society, Free speech and censorship, Human rights, Islam and democracy, Islam in Southeast Asia, Justice and Development party (Turkey), Kemalism, Kurdish-Turkish Conflict, Kurds, Muslim minorities, Narendra Modi, Recep Tayyip Erdogan, Rule of law
All Topics

In India and beyond, there has been great sadness at the loss of the renowned Reuters photographer Danish Siddiqui, whose images captured the human face of South Asian news. He ... END_OF_DOCUMENT_TOKEN_TO_BE_REPLACED

Many marriages to British Asian men are accompanied by false promises of improved finances. Later when the men abandon their wives to return to the UK, some brides' families find ... END_OF_DOCUMENT_TOKEN_TO_BE_REPLACED

India is not alone in feeling great sadness today over the death of renowned Reuters photojournalist Danish Siddiqui. He was killed in Afghanistan during clashes between Afghan ... END_OF_DOCUMENT_TOKEN_TO_BE_REPLACED

India's prime minister has an "edifice complex" that has given rise to grand new government buildings, including a planned new parliament. Sadly, the spirit of deliberation and ... END_OF_DOCUMENT_TOKEN_TO_BE_REPLACED

Despite over a thousand years of co-existence, India's Hindus and Muslims often know little about each other's religious traditions. In an effort to promote understanding and ... END_OF_DOCUMENT_TOKEN_TO_BE_REPLACED

Over the years, the relationship between arch-rivals India and Pakistan has been shaped by conflict and confrontation. For some time now, however, both countries have been singing ... END_OF_DOCUMENT_TOKEN_TO_BE_REPLACED
Author:
Shashi Tharoor
Date:
Mail:
Send via mail

END_OF_DOCUMENT_TOKEN_TO_BE_REPLACED
Social media
and networks
Subscribe to our
newsletter