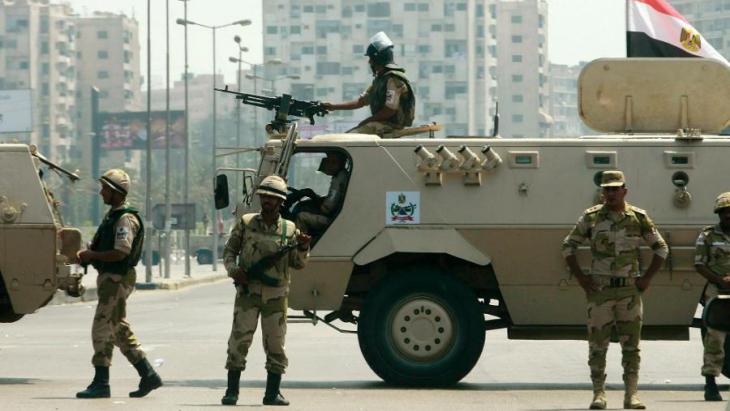 Military service is obligatory for young men in Egypt. But an increasing number of people attempt to evade the compulsory service by being signed off or exempted. For those with no other option, conscientious objection remains the last resort. Sofian Philip Naceur reports from Cairo

"I hereby declare my objection to military service for reasons of conscience, I demand my right to be exempted from military service and I am alternatively – if necessary – willing to absolve a period of civil service as long as this is not administered by a military organisation."

This was the public statement made in mid-October by 25-year-old Amir Eid, who has since then been resisting his enlistment for military service in the Egyptian army. Eid is hoping that the conflict will be swiftly resolved, because Egyptian law makes no allowances for refusal on the grounds of conscience.

Eid registered with the army after completing an engineering degree in Cairo, thereby setting the recruitment process in motion in the regular way. But in May 2015, the process was put on ice by the military authorities – for an entire 17 months. "I actually wanted to avoid an ideological discussion with the army," says Eid. Eventually he speculated that he would sooner or later be exempted for health reasons. But in early October, the military then informed him that he must register at a Cairo barracks two weeks later, to begin his military service.

There was no question of his complying, he emphasises. He is fundamentally opposed to military service. But Eid also expressly disapproves of the state of military service in Egypt, in which conscripts often have to pursue civilian jobs in companies controlled by the army. It is forced labour, he says. In such cases military service does not serve the nation, but the military economy and its owners.

Social segregation in the army?

Eid is the third person to refuse to do military service this year, yet only the ninth case since 2010, says Samir Al-Sharbaty from the NGO No To Compulsory Military Service Movement, an activist group that campaigns for conscientious objectors. So in Egypt, refusal on the grounds of conscience is anything but a mass phenomenon. Until now. After all, annoyance at the compulsory service is apparent across all social strata. 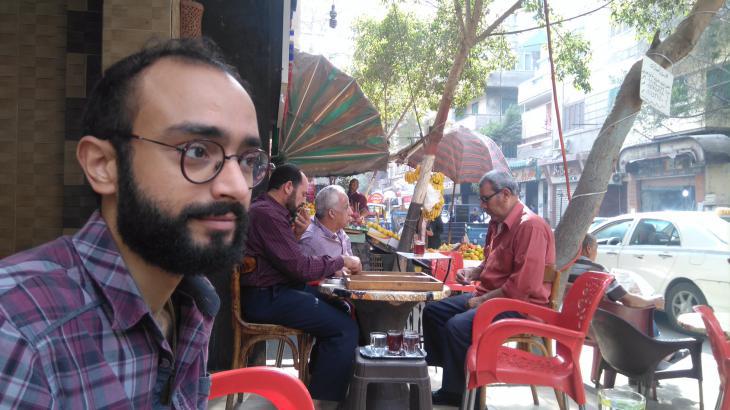 Conscientious objection: Amir Eid is fundamentally opposed to military service. But Eid also expressly disapproves of the state of military service in Egypt, in which conscripts often have to pursue civilian jobs in companies controlled by the army. It is forced labour, he says. In such cases military service does not serve the nation, but the military economy and its owners

Al-Sharbaty also refused to absolve his military service, declaring his rejection of the use of force in conflict resolution and of carrying out commercial work as a conscript. "I am resisting the summons because I refuse to polish leaders' shoes," he continues, alluding to claims that high-ranking officers know how to exploit the hierarchies within the military apparatus to their own ends. He is also critical of corruption in the army. After all, anyone with the right contacts can buy themselves out of military service, he says.

It is indeed the case that personal or familial relations play a role in the assignment of duties and above all, where a conscript is sent to absolve his military service. Those with no connections are threatened with service in regions that are more dangerous than Cairo or the Nile Delta. Conscripts are also despatched to Al-Arish, the capital of the troubled province of North Sinai, where the army has been locked in a bloody conflict with radical Islamists since 2013. Reports on civilian fatalities, but also on conscripts who have lost their lives, feature in Egyptian media almost every week.

Little wonder then, that military service is unpopular. But it is obligatory for men. Anyone with a college or university degree is conscripted for 13 months. People with a lower standard of education can be drafted for up to three years. If a family has only one son, he is usually exempted. But for those to whom this does not apply and who nevertheless aim to evade military service, they must find a way to cheat the system.

The most common procedure is to fake health problems to be exempted on medical grounds. Others leave the country before the recruitment process begins and return after their 30th birthday, when they have passed the age threshold for conscription 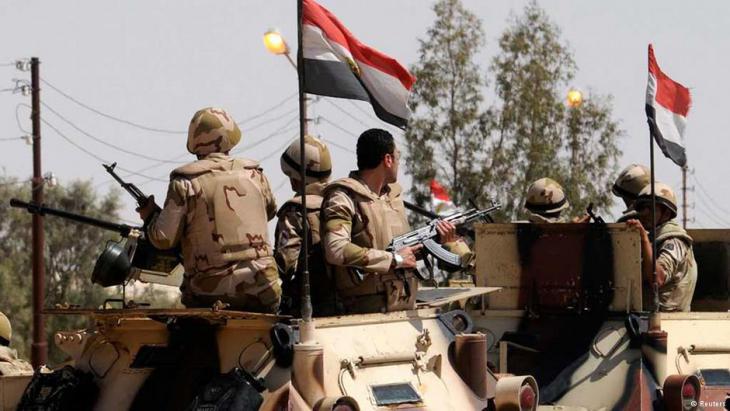 Egyptian army on patrol in the Sinai peninsula (photo: Reuters)

But the creativity shown in strategies to avoid the detested compulsory service knows no bounds. Mahmoud, who does not want to give his real name, chose an unconventional way to evade the clutches of the military. A while before the summons arrived, he gradually began piling on the pounds, gaining enough weight to ensure that at over 100 kilogrammes, he would fail the medical. The strategy paid off.

Refusal as a last resort

But outright refusal does remain the final option for some. So far, people like Eid have gotten away with it. Only in the case of Maikel Nabil Sanad, the first publicly acknowledged conscientious objector in the country, the army first tried imprisoning him for contempt, before releasing him after a few days and exempting him from service on health grounds.

Eid, on the other hand, is not allowed to leave the country. But anyone who does not absolve his military service, but who has already completed his education, needs a permit from the army for any foreign travel. This meant that Eid was not able to begin his masters course in Italy and has been left playing a waiting game. But working is also difficult, as anyone wanting to earn money before the army has made its final decision, has to obtain a work permit from the military every 14 days.

At the moment, a civil or alternative service only exists in Egypt on paper. This is because such service is not compulsory, explains Al-Sharbaty. The No To Compulsory Military Service Movement is also demanding that compulsory military service be abolished and that those who still wish to absolve it should be paid a decent wage.

The group is also critical of the army's humiliating and insulting practices and is calling for legal measures to severely punish attacks against recruits. But demands of this kind are by no means realistic at the present time. The nation first needs a public debate on military service – a discourse that has up to now only been conducted in private.

Archaeologists have uncovered the remains of an ancient city in the desert outside Luxor in Egypt. They say it dates back to the golden age of the Pharaohs more than 3,000 years ... END_OF_DOCUMENT_TOKEN_TO_BE_REPLACED

The Prophet Muhammad never executed anyone for apostasy, nor encouraged his followers to do so. Nor is criminalising sacrilege based on Islam’s main sacred text, the Koran. In ... END_OF_DOCUMENT_TOKEN_TO_BE_REPLACED

Surging coronavirus cases in many parts of the world have overshadowed the start of this year's Muslim holy month of Ramadan, with festivities once again curtailed by contagion ... END_OF_DOCUMENT_TOKEN_TO_BE_REPLACED

German Middle East analyst Guido Steinberg and television journalist Ulrich Tilgner have both published new books on the conflicts in the Middle East. Their analyses and their ... END_OF_DOCUMENT_TOKEN_TO_BE_REPLACED

Televised Turkish dramas are all the rage in the Middle East. A young Ottoman TV Empire has been expanding its soft power by harnessing regional dialects, Arabic names and viewers ... END_OF_DOCUMENT_TOKEN_TO_BE_REPLACED

Nawal El-Saadawi has died in Cairo at the age of 89. The prominent doctor, activist and author became internationally known for her outcry against female genital mutilation and ... END_OF_DOCUMENT_TOKEN_TO_BE_REPLACED

Comments for this article: Playing the system

down with the military rule

down with the military rule

END_OF_DOCUMENT_TOKEN_TO_BE_REPLACED
Social media
and networks
Subscribe to our
newsletter