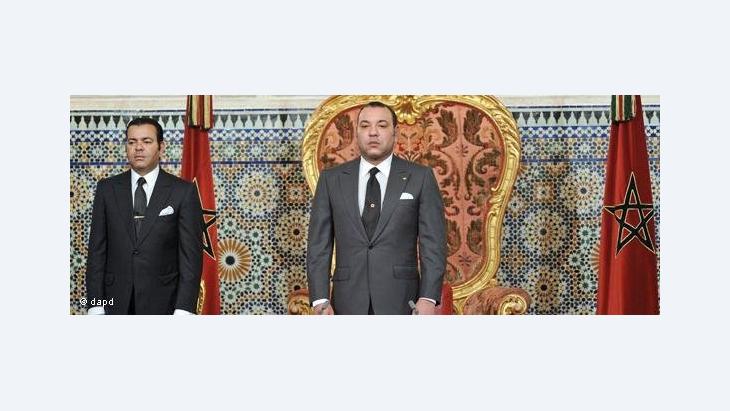 Constitutional Reform in Morocco
I Am the Reform!

﻿Over the past 25 years, Morocco has been through a remarkable political opening process and encouraged social pluralism. However, no limits have been set to the king's extreme authority. Despite this, the changes to the constitution made in 2011 are more than a short-term reaction to the revolutionary upheavals in north Africa. By Sonja Hegasy

The issues now being discussed in the course of Morocco's constitutional reform are not new. Ever since Mohammed VI ascended to the throne in 1999, a public discussion has been ongoing about the country's national identity, about the sanctity of his person and calls to restrict the king's extreme power.

As early as 2001, Mohammed VI referred to the Berber language and culture in an official speech as a central element of the national identity – an important success for the Moroccan Berber movement.

In comparison to neighbouring Algeria and other Arab states that marginalise ethnic population groups, this speech could well be considered the beginning of a cultural revolution.

The subsequent foundation of a Royal Institute of Berber Culture in 2002, the increasing diversity of media in one of the three Berber dialects and the introduction of language lessons at Moroccan schools were further steps along the way to this year's constitutional reform. 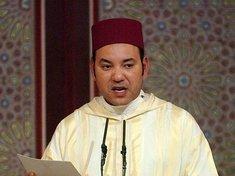 Accountable to the higher principle of Islam and not to the worldly institutions of the state: Mohammed VI, present King of Morocco and self-appointed Amir al-Mu'minin (commander of the faithful)

​​The upcoming reform recognises Tamazight as the country's second official language alongside Arabic – a logical step towards acknowledging Morocco's social pluralism. Around 40 percent of the population are Berbers.

Yet Mohammed VI is not only focusing on this one group. From the very outset, he has repeatedly referred to the diversity of Moroccan society and its Arab, sub-Saharan, African, Andalusian and Berber roots. In the context of the usual unity discourses in the region, this was unusual.

A "sacred" institution under pressure

The question of how sacrosanct the monarchy is in this day and age has also been discussed since he came to power. Two weeks before the 2003 bombings in Casablanca, the opposition weekly magazine Le Journal hebdomadaire ran the headline: "Le sacré contre la démocratie?" (i.e. "The sacred versus democracy?")

The bombings brought this discussion to a head, raising doubts about the monarchy under the leadership of an obviously very worldly "greenhorn" for many conservative Moroccans. 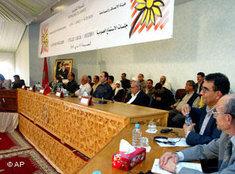 Investigation into the major human rights violations from 1956 to 1999: King Mohammed VI decreed the foundation of a truth commission in 2004

​​'I am the reform!' was Mohammed VI's response, echoing Louis XIV's L'État, c'est moi. Since taking office in 1999 Morocco's king has talked about a constitutional state, decentralisation, personal freedoms, political participation and a new concept of authority. He has supported and undertaken a series of social and political changes. These include investigations into human rights violations under his father, alterations to family law in 2004 and transparent elections.

This has gained the king many supporters, particularly among the young generation. However, Mohammed VI has ensured that the reforms did not restrict his own authority. On the contrary, his reform policies have marginalised Morocco's parliament and political parties, as he has repeatedly operated independently of the constitutional institutions. Now under public pressure, it is time the king addressed the issue of his own position in the country's power structures.

The country also has successes to show in terms of literacy and electrification. Combating poverty has become a political priority. Yet this does not mean that the social disparities between rich and poor, urban and rural areas are not at least as drastic as those in Egypt and Tunisia.

The overblown security apparatus is also reminiscent of the neighbouring Arab states. The demonstrations in Casablanca by opposition activists not satisfied with the recent reforms and by supporters of the monarchy reflect Morocco's very advanced social debate – without paid henchmen or provocateurs.

According to the constitution, Morocco has been a constitutional, democratic and social monarchy since as long ago as 1962. Yet despite the liberal constitutional model, the king is not accountable to anybody. He holds the sole right to make decisions. 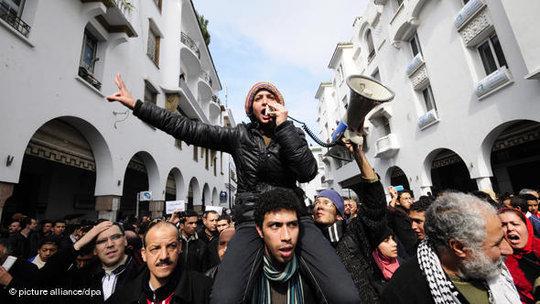 "No to a constitution of dictatorship!" – For many Moroccans, the reforms promised by Mohammed VI do not go far enough. Several weeks ago, the king had signalised his willingness to hand over some authority to the parliament and government

​​As he is primarily accountable to the higher principle of Islam and not to the worldly institutions of the state, he stands above the constitution. While the prime minister's position will be strengthened in the 2011 reforms, there can be no mention of checks and balances as yet. The king's privileges remain untouched. Accountability and controls on the constitutional organs have still not been introduced.

After the 2011 changes to the constitution, the king will no longer be "sacrosanct", but he will remain "untouchable". This may appear to be mere hair-splitting. But the king questioning his own status as spiritual and religious leader is a step not to be underestimated. For many people, the king is perfection itself. This idea is now being abolished by decree.

Her grandparents are Jews – born in Tunisia and Algeria. Director Cleo Cohen has now broken the silence about this with a very personal debut. By Nadine Wojcik END_OF_DOCUMENT_TOKEN_TO_BE_REPLACED

Moncef Marzouki was Tunisia's first democratically elected president after the fall of dictator Ben Ali. Today he is the most prominent critic of increasingly counter- ... END_OF_DOCUMENT_TOKEN_TO_BE_REPLACED

Moroccan sociologist Fatima Sadiqi believes that women's movements in North Africa have changed over the past ten years. Today, women from all social classes are fighting together ... END_OF_DOCUMENT_TOKEN_TO_BE_REPLACED

In her latest novel, Catalan-Moroccan writer Najat El Hachmi tells the story of a young migrant woman struggling to balance her desire for freedom and the demands of tradition and ... END_OF_DOCUMENT_TOKEN_TO_BE_REPLACED

The memory of experienced injustice plays a central role in the transformation of societies towards democracy. In the Arab world, the critical study of memory is only just ... END_OF_DOCUMENT_TOKEN_TO_BE_REPLACED

Comments for this article: I Am the Reform!

END_OF_DOCUMENT_TOKEN_TO_BE_REPLACED
Social media
and networks
Subscribe to our
newsletter