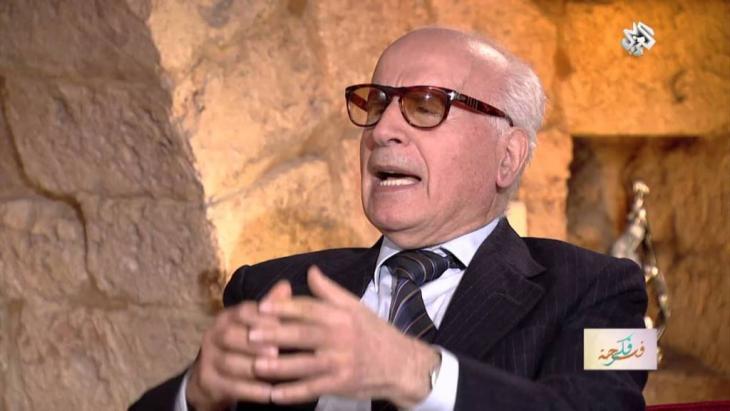 Contemporary political discourse
What can Europe learn from Arab philosophy?

Michael Frey has written a fascinating book about the contemporary political thinker Nassif Nassar. Since 1967, Nassar has devoted his life’s work to the question of a fair social order both within and beyond Lebanon. Now Frey offers us the first introduction to his work in a European language. By Sonja Hegasy

Anyone planning to serve up philosophy from outside Europe has to provide the right cutlery, otherwise no one – apart from a small number of specialists in the field – will have the tools to understand what is going on here, and the kind of thought it involves. Michael Frey therefore begins his book Liberalismus mit Gemeinsinn (Public-spirited Liberalism) with the general question: how does one read contemporary Arabic philosophy?

Frey introduces readers to a philosopher who is largely unknown in the West, although he has produced an extensive body of work and is read in many parts of the Arab world: Nassif Nassar, born in 1940, was a professor of philosophy at the Universite Libanaise until his retirement in 2005. Having gained his doctorate in philosophy at the Sorbonne, Nassar returned to his homeland in 1967 and from that point on stopped publishing in French, choosing to write in Arabic instead.

The spirit of political optimism in 1960s Lebanon was more attractive to the young author than a career in the West. In Beirut, he taught the subject in an academic setting at the university, at the same time training teachers of philosophy to work in schools. In the post-colonial states of the Middle East, the debate around making schoolchildren capable of independent thought was closely linked to the development of philosophy as an academic discipline. Nassar became an active critic of any form of closed world view and a political philosopher whose work is still published by the most important Arabic publishing houses.

Frey quotes his Moroccan colleague Mohammed Misbahi, who calls philosophy a "troublemaker" (mushaghiba), which is constantly testing red lines – much like the protesters in the region. Michael Frey is able to illustrate the liveliness and immediacy of philosophical debates with a variety of fascinating cross-references to Arabic media, both digital and analogue. And he points to various voices between Beirut and Casablanca who ascribe more self-confidence and respect to their own thought than frequently happens outside the region. In 2018, Nassif Nassar was honoured by the Paris Institut du Monde Arabe, together with the Antonine university in Beirut, for his life’s work.

Frey first provides individual introductions to twelve monographs and six collections of essays by the philosopher. This in itself is an impressive piece of work, and it is worth reading the book for these introductions alone. Frey is able to cut great swathes of understanding through this body of work. 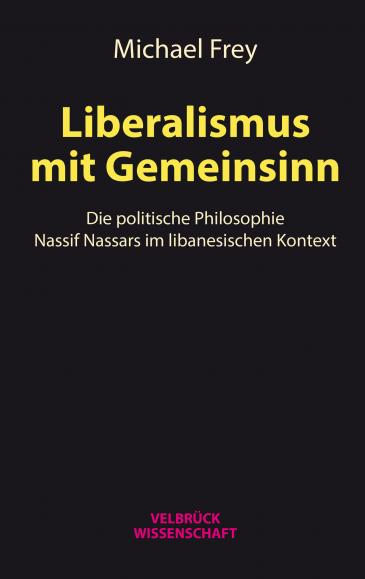 "Michael Frey’s book is being published at a time when Lebanon is once again fighting for a fair division of power, and religious proportional representation is being fundamentally called into question. It is therefore a good moment to familiarise ourselves with a Lebanese thinker with a mature body of work on liberalism, democracy and justice, to which we now have the first introduction in a European language," writes Hegasy

He discerns two core points in Nassar’s work as a whole: the overcoming of ideological thinking, which leads societies into the political abyss again and again, and the question of a fair social order. The latter point in particular since the publication of Nassar’s book The Logic of Power. An Introduction to the Philosophy of the Command in 1995.

A focus on the sectarian disintegration of societies

Frey points out where Nassar’s thought connects with the philosophy of Western modernity, and how at the same time it throws up existential questions that concern us all. "Both Nassar and Hobbes took the sectarian disintegration of their society and people’s experiences of injustice within them as grounds for rethinking politics from the ground up." He compares Nassar’s starting point with Helmuth Plessner’s valorisation of society as opposed to a "sense of community" based on religious affiliation (Plessner).

It is to be desired that Frey’s book will be read by philosophers and sociologists in the West. Or is the book too specific? What does an Arab author have to contribute to the Anglo-European debate?

For Michael Frey, this interaction is not simply desirable in academic terms; it is necessary if we are to agree on the "transcultural authority of concepts such as justice, tolerance, freedom and certain rights" in an age of advanced globalisation.

How do things currently stand in Europe, for example, with the societal preconditions of liberalism and community spirit?

Might a mutual reflection be of interest here? What does the liberal model of society have to offer in the age of populism – and above all, to whom?

What will happen when a majority in Europe or the USA no longer wants democracy?

All of these questions require urgent attention beyond the familiar boundaries.

Philosophy as real solidarity that comes from the spirit of reason

The discussion has (so far, at least) been opened up to others only in one direction. These questions should make it clear that philosophy can provide a real solidarity that comes from the spirit of reason – this is how we must think of the core of Nassar’s work, in which he rejects all forms of the democratic relativism that is becoming increasingly widespread in the 21st century.

Frey’s book is being published at a time when Lebanon is once again fighting for a fair division of power, and religious proportional representation is being fundamentally called into question. As we have seen in the last few weeks, many citizens want to get rid of an absurd form of quota democracy, which was also imposed on Iraq in 2003.

It is therefore a good moment to familiarise ourselves with a Lebanese thinker with a mature body of work on liberalism, democracy and justice, to which we now have the first introduction in a European language. And it should be said that, at the end of Frey’s study, he gives an optimistic prognosis for the region of the Arab world! The protests that continue to be organised there have proved that emancipatory and critical ideas refuse to be wiped out, and "are increasingly taking effect in the sphere of everyday life, too."

Our failure to translate and read thinkers like Nassif Nassar (and other non-European philosophers) leads only too often to the false conclusion that there are no critical or self-critical thinkers, or any public discussion about them.

Algeria‘s regime is again cracking down on anti-fracking activists and the unemployed in the country‘s south. Yet EU countries remain keen to scale up their energy cooperation ... END_OF_DOCUMENT_TOKEN_TO_BE_REPLACED

Bachtyar Ali sends the hero of his latest novel – "Mein Onkel den der Wind mitnahm" – literally flying. Jamshid is so thin after his years as a political prisoner that a gust of ... END_OF_DOCUMENT_TOKEN_TO_BE_REPLACED

For a century, the Kurds and other minorities in Turkey have been subject to state repression. With his dissertation "The Kurdish Question in Turkey", political analyst Ismail ... END_OF_DOCUMENT_TOKEN_TO_BE_REPLACED

Anti-Semitic motifs have no place at Germany’s documenta art show or anywhere else in the world, stresses Meron Mendel, director of the Anne Frank Educational Centre in Frankfurt ... END_OF_DOCUMENT_TOKEN_TO_BE_REPLACED

A new exhibition, "Syria – Against Forgetting", at Cologne’s Rautenstrauch-Joest-Museum focuses on Syria's artistic and cultural heritage and pays tribute to the country before ... END_OF_DOCUMENT_TOKEN_TO_BE_REPLACED

Madrid's about-face on the Western Sahara conflict has enraged Algeria. Trade relations have been frozen unilaterally and a cut in gas supplies to Europe could be in the pipeline ... END_OF_DOCUMENT_TOKEN_TO_BE_REPLACED
Author:
Sonja Hegasy
Date:
Mail:
Send via mail

END_OF_DOCUMENT_TOKEN_TO_BE_REPLACED
Social media
and networks
Subscribe to our
newsletter