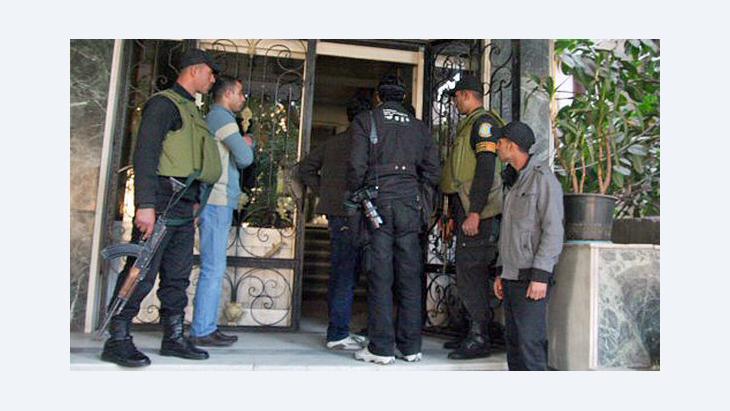 ﻿The Egyptian government hopes to restrict the work of non-government organisations by means of a new law. Activists are up in arms, while the opposition has been remarkably quiet on the subject. Markus Symank has the information from Cairo

"Restrictive", "oppressive", "worse than under Mubarak": critics of the Egyptian government have found sharp words for a draft bill to regulate relations between the state and non-governmental organisations (NGOs).

The 25 articles, penned by the Ministry of Social Affairs, have not yet been approved by the cabinet or the upper house of parliament. Critics, however, are already talking about an attack on the heart of Egypt's civil society.

"A free and democratic state cannot survive without NGOs," says Robert Becker, an American formerly employed by the National Democratic Institute and one of 43 defendants in a court case against foreign foundations in Egypt. NGOs are a fundamental element of every democracy, he says, and anyone who restricts their work also silences the people.

The new draft law is intended to replace inadequate rulings on NGOs dating from 2002. Activists have been urging the government to revise the legislation for years. A police raid on several foreign institutions in December 2011, including Germany's Konrad Adenauer Foundation in Cairo, was a clear signal that the status quo is no longer a viable option. 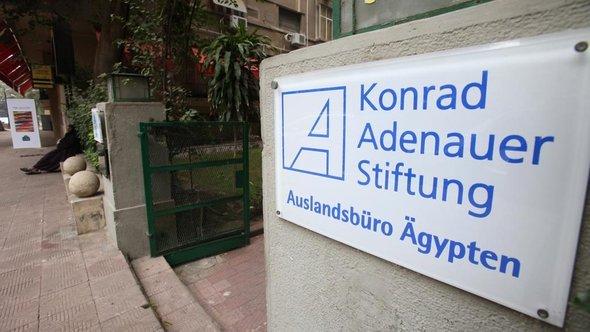 A thorn in the side of the Egyptian justice authorities: Raids on 17 Egyptian and foreign NGOs on 29 December 2011 were justified by suspicions of foreign financial aid. The office of the German Konrad Adenauer Foundation in Cairo was among those raided by police

​​Police officers stormed the foundations' offices like raiding parties, confiscating files and arresting employees. The military government of the time accused the NGOs of having worked illegally in Egypt. Proof of the accusations has yet to be provided.

The draft bill presented by the Islamist government has confounded hopes for a more relaxed approach. Its rulings include a ban on any form of political participation for the approximately 41,000 NGOs in Egypt. If the law is passed, studies, surveys or field research would only be allowed with permission from the relevant government offices. One vaguely formulated article also dictates that NGOs would have to refrain from all activities that present a risk to "national unity" or violate "public morals".

NGOs would also face severe restrictions on their finances. Without the approval of a state control organ, which includes representatives of the security forces, they would not be allowed to accept donations. All NGO funds would be declared as "public" money.

"The Islamists are ignoring the 'non' in non-government organisation," Becker criticises. Transparency is important, he says, but the state should not be allowed to intervene in every aspect. "The new government is displaying the same bunker mentality as Hosni Mubarak's regime. It doesn't understand civil society as strengthening democracy, but as a risk to its own rule."

The draft bill comes as all the more of a disappointment since there is a significantly more tolerant alternative available, drawn up last year by the now dissolved parliament.

The chairman of the committee responsible at the time, Anwar Esmat El Sadat, says the new government has ignored the MPs' work entirely. "The Muslim Brotherhood is trapped in an old way of thinking; they want to control everything. They will suffocate civil society in this way," he warns. The former MP is the nephew of the murdered president Anwar El Sadat and the founder of the liberal Reform and Development Party.

The end of the line for small NGOs?

El Sadat fears that many of the existing foundations, aid and human rights organisations will have to close if the bill is passed. The potential law would place administrative burdens on NGOs that most of them would be unable to deal with. 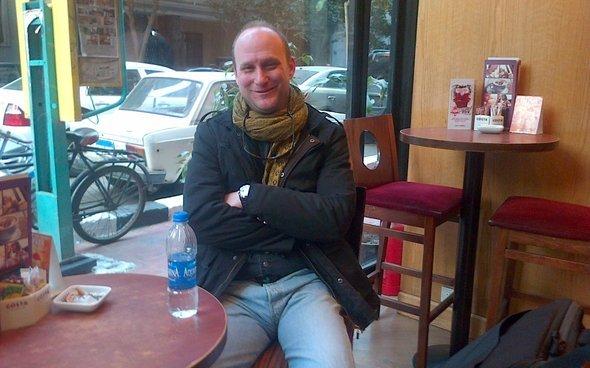 Robert Becker: "The new government is displaying the same bunker mentality as Hosni Mubarak's regime. It doesn't understand civil society as strengthening democracy, but as a risk to its own rule"

​​Robert Becker gives an example: "Let's say a group of teachers want to set up a foundation for combating illiteracy in a village in Upper Egypt. In the future they'll have to do that illegally. They won't be able to either raise the legal minimum capital of 250,000 Egyptian pounds (around 28,000 euro), or find twenty founding members. If they turn to a foreign government for funding, their members risk imprisonment for at least a year."

It is not without irony that a bill as restrictive as this comes from an organisation with no legal status of its own. Even two years after the revolution, Egypt's Muslim Brotherhood has not yet been officially registered. The Islamists protect their donation channels and membership figures like a state secret.

Political will is key

It remains to be seen whether the government will wave the draft bill through in its current form. President Morsi has announced that he intends to put the law up for public discussion. However, he had promised the same thing for the similarly controversial protest law, which was recently approved by the cabinet.

An employee of a foreign foundation in Cairo who wishes to remain anonymous hopes that the government will not table the new draft bill until after the parliamentary elections in April. "It's important that the MPs get to discuss the bill in parliament," she says.

At the same time, she warns against defining relations between the state and NGOs in Egypt solely in terms of legislation. International foundations always operate in a grey zone to a certain extent, she explains; without the necessary political will, the best law in the world is worth little – and vice versa.

Silence from the opposition

Should the bill be passed before the first stage of the parliamentary election on 22 April, it could have a knock-on effect on the ballot's transparency. It would become difficult for both Egyptian and foreign election observers to register. At December's constitutional referendum, the number of election observers fell to the lowest level since the revolution.

The opposition politician El Sadat says the Shura Council has proved it is not capable of its legislative tasks. The controversial law for the approaching parliamentary elections, only recently declared unconstitutional in several points by the constitutional court, is his evidence. "My party will do all it can to plague the government and stop the NGO law," El Sadat says.

He cannot count on the support of the leading opposition alliance, the National Salvation Front. As Robert Becker criticises, the alliance has been surprisingly silent on the controversial bill to date: "NGOs are the natural allies of the opposition. This silence from the left and the liberals is incomprehensible."

Home
Print
Newsletter
More on this topic
Trial against NGO Staff in Egypt: A Bizarre and Legally Controversial CaseInterview with Andreas Jacobs: Egypt in the Grip of the GeneralsComing to Terms with the Mubarak Era in Egypt: It's about Reconciliation, Not Punishment
Related Topics
Arab Spring, Arabellion, Democracy and civil society, Egypt Revolution 2011, Egypt's army
All Topics

People in Arab countries have been talking more openly about sex and sexuality for some time now, especially on social media. And for the first time ever, they have the vocabulary ... END_OF_DOCUMENT_TOKEN_TO_BE_REPLACED

Alaa Abd el-Fattah, arguably Egypt’s most prominent democracy activist, has just been handed another lengthy prison sentence. Despite this, a book of his writing has recently been ... END_OF_DOCUMENT_TOKEN_TO_BE_REPLACED

A prominent rights group in Egypt, the Arabic Network for Human Rights, is ending operations just as the country braces for a controversial NGO law. Is this the beginning of the ... END_OF_DOCUMENT_TOKEN_TO_BE_REPLACED

Moncef Marzouki was Tunisia's first democratically elected president after the fall of dictator Ben Ali. Today he is the most prominent critic of increasingly counter- ... END_OF_DOCUMENT_TOKEN_TO_BE_REPLACED

Asef Bayat, professor of Sociology at the University of Illinois, Urbana-Champaign, has been studying revolutions and how they affect people since 1979. In his recent book, " ... END_OF_DOCUMENT_TOKEN_TO_BE_REPLACED

Every year in December, the team at Qantara.de takes a look back at the articles that proved most popular with our readers. This year is no different. Here is a run-down of the ... END_OF_DOCUMENT_TOKEN_TO_BE_REPLACED
Author:
Markus Symank
Date:
Mail:
Send via mail

END_OF_DOCUMENT_TOKEN_TO_BE_REPLACED
Social media
and networks
Subscribe to our
newsletter