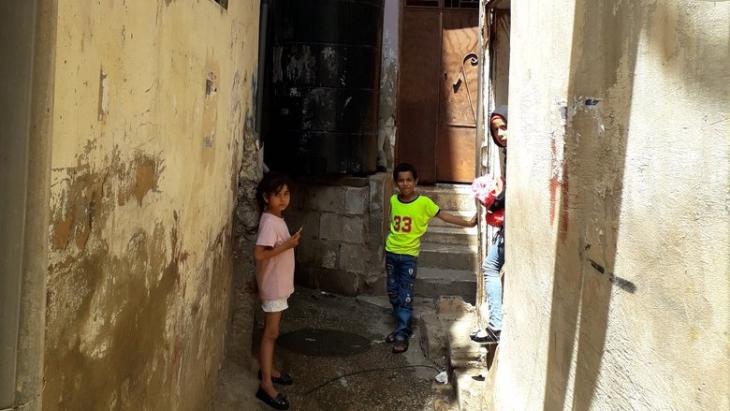 Social and economic upheaval in Lebanon in 2020 has deepened and magnified the poverty of Palestinian refugees. The country's "forgotten" Palestinians are bereft of international support and almost totally dependent on UNRWA. Lifting the restrictions on their economic status would help. By Stephen McCloskey

As Lebanon goes for another full lockdown to contain the rapid spread of coronavirus, which has so far resulted in 116,476 cases and 900 deaths, Palestinian refugees are left to ruefully reflect on how they can possibly maintain physical distancing in densely populated and highly impoverished camps. As Philip Alston, the outgoing UN Rapporteur on Extreme Poverty and Human Rights, has suggested, the wholly disproportionate impact of COVID-19 on poor people and marginalised communities is inescapable.

This has particularly been the case for Palestinians living in 12 refugee camps in Lebanon where coronavirus has deepened and magnified the social and economic malaise that has accompanied 72 years of refugee status. Now, this pandemic of poverty is being exacerbated by the wider social and economic upheaval impacting Lebanon itself.

The impact of Syria’s war on Lebanon

The lack of precision in regard to numbers is in large part owing to the Palestinian Refugees Syria (PRS) who fled to Lebanon after the start of the war in Syria in 2011. Sixty percent of PRS (262,000) have been displaced at least once by the war, 4,000 have been killed and 50,000 are estimated to have left the country.

An estimated 29,000 of the PRS have taken refuge in the 12 camps in Lebanon which has increased competition for employment and helped to suppress wages. Before the pandemic, the unemployment rate for PRL was 23% and 52% for PRS; these figures are likely to rise owing to the economic contraction that accompanies lockdown. 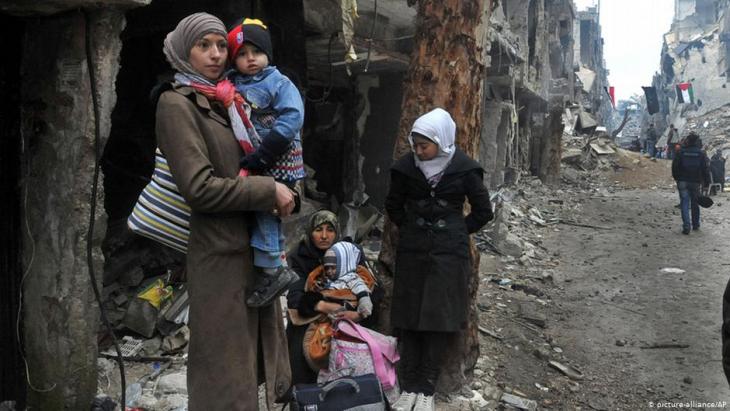 Trapped in permanent foreigner status in Lebanon: Palestinian refugees are effectively excluded from most civil and socio-economic rights. In June 2019, the Lebanese Ministry of Labour enforced existing legislation requiring all foreigners, including PRL and PRS, to obtain work permits. According to the UN refugee agency, "obtaining a work permit reportedly involves a lengthy administrative process, for which the refugees depend on the goodwill of their employers"

Palestinians are excluded from 36 occupations in Lebanon (including medicine, farming and fisheries) which confines them to low-paying, low-skilled occupations in the informal sector. Eighty six percent of PRL don’t have contracts with employers which means they are often "subject to harsh, exploitive and insecure working conditions". Fifty three percent of PRS are paid on a daily basis and nearly all (97%) have nothing more than verbal agreements with employers.

During periods of lockdown caused by COVID-19, Palestinians are likely to lose their income without any compensation from the state or their employers. To help mitigate the impact of coronavirus on Palestinian refugees, UNRWA has committed to provide "one round of cash assistance of US$ 40 per person, covering 50% of the minimum basic food requirements". However, this is unlikely to represent the kind of sustained support needed to weather the pandemic.

In September 2020, UNRWA launched an emergency COVID-19 funding appeal calling on donors to contribute the $94.6m it estimated was needed to provide healthcare, hospitalisation, education services, food and cash assistance to the 5.6m Palestinians under their care across all their fields of operation, including Lebanon.

By 9 November, however, UNRWA’s financial crisis had worsened to the point that it appealed for emergency finance of $70m to pay the salaries of its 28,000 employees to the end of 2020. The main source of this funding crisis was the withdrawal of United States' support for the agency by the Trump administration in 2018, which amounts to approximately one third of its $1.1bn annual operating budget.

Home
Print
Newsletter
More on this topic
Lebanon after the explosion: Beirut's aftermath – shattering as 15 years of civil warBeirut on the brink: Regardless of corona, Lebanon is at economic breaking pointSocial inequality in the Arab world: There is no state in Lebanon
Related Topics
Confessionalism, Coronavirus, Donald Trump, Economy, History of the Near and Middle East, Joe Biden, Policy on refugees and migration, Poverty, Refugees, Sunni-Shia tension, Syrian Civil War, U.S. policy in the Middle East
All Topics

Moncef Marzouki was Tunisia's first democratically elected president after the fall of dictator Ben Ali. Today he is the most prominent critic of increasingly counter- ... END_OF_DOCUMENT_TOKEN_TO_BE_REPLACED

Asef Bayat, professor of Sociology at the University of Illinois, Urbana-Champaign, has been studying revolutions and how they affect people since 1979. In his recent book, " ... END_OF_DOCUMENT_TOKEN_TO_BE_REPLACED

The 2020 Beirut port blast was a traumatic experience for many people in Lebanon. A large number sought therapy in the aftermath. But, with doctors leaving the country, help is ... END_OF_DOCUMENT_TOKEN_TO_BE_REPLACED

A pandemic, civil strife and an economic meltdown have conspired to bring Beirut's vibrant club scene to its knees. Yet the city needs parties more than ever. Kate Martyr reports END_OF_DOCUMENT_TOKEN_TO_BE_REPLACED

A group of 20 social media influencers in Lebanon is seeking to de-escalate political tensions and overcome sectarian problems. Their outreach is impressive among the young and ... END_OF_DOCUMENT_TOKEN_TO_BE_REPLACED

END_OF_DOCUMENT_TOKEN_TO_BE_REPLACED
Social media
and networks
Subscribe to our
newsletter