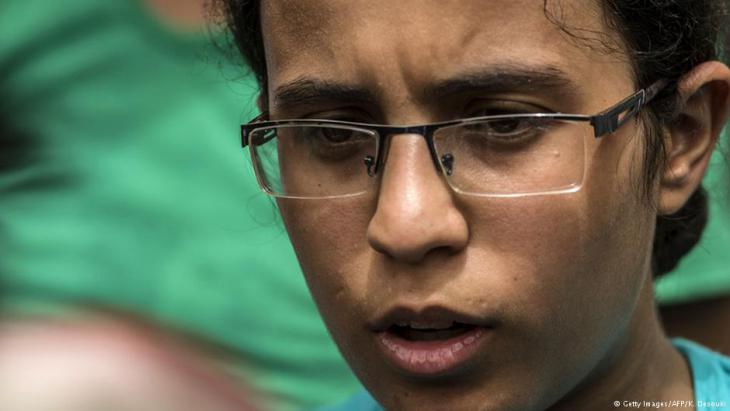 One student’s fate is fuelling the public outcry against corruption within Egyptian society. Following the government's resignation on Saturday, hope is now pinned on the new premier-designate Sharif Ismail. By Elisabeth Lehmann in Cairo

Mariam Malak was awarded zero marks in her final examinations even though she had been the best in her class for years. She believes that she was cheated and is now publicly protesting pervasive corruption in Egypt.

Mariam Malak was about to begin explaining how she got the nickname "zero schoolgirl" when the TV presenter asked the student about the cannula in her hand. The 19-year-old could no longer hold back her emotions and burst into tears live on the air. She practically stopped eating when she found out that she had got zero marks in her final examinations, her brother told the presenter. Malak does not understand why the board of examiners claims that she did not write anything. "I studied 15 hours a day for the exam," she told the interviewer. "God is my witness. I wanted to be the best student in the whole country."

The official version goes that, after being top of her class for years, Malak supposedly blanked on the examination day – the day when a student's future university studies are determined in Egypt. No, she says, there was no mental block. Malak and her lawyers believe that her exam was intentionally swapped for one written by a child of wealthy parents. 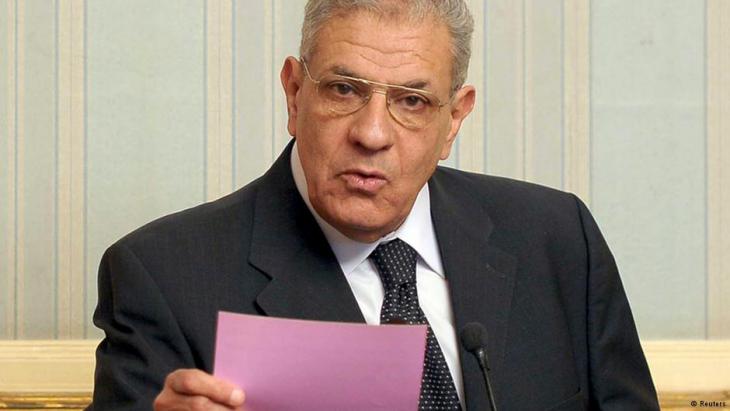 Malak first complained to authorities in her native region, Minya, to no avail. The public prosecutor's office in the province of Asyut then went on to dismiss the case. Fed up, Mariam went public and has thus inadvertently become an icon in the fight against rampant corruption in Egypt.

A Facebook page set up to support her has gathered more than 40,000 "likes" within a week. Tens of thousands of people have taken to Twitter with the hashtag "IBelieveMariamMalak" to encourage her to go on. "You are a talented girl in a country that kills talent," one person wrote. Another commented that "I believe her because I am able to think and it is logical and because I know how our country works." Many cynical comments have been made about Egypt and its government, and a great deal of people are glad that, finally, somebody is standing up and saying "Enough!"

Everybody in Egypt is affected by corruption. Last year, Transparency International gave the country 37 points – top marks of 100 points are awarded to "very clean" nations. "Our country's corruption has been institutionalised," Abdel Moaty, the former deputy head of Egypt's Central Auditing Agency, told Deutsche Welle. "It cannot only be attributed to certain individuals."

These days, Moaty is the director of the Egyptian Centre for Transparency and Countering Corruption. With dozens of staff members, the agency tries to name and shame those guilty of bribery, a common practice in everyday life in Egypt. "About 88 million square metres (22,000 acres) of land near the Suez Canal were sold to five people for 20 pounds a square metre - i.e., for less than 5 euros ($5.65)," Moaty said, to cite just one example. "But who has the gumption to ask whether it was corrupt? The five buyers went on to sell the land for 1,000 pounds per square metre and raked in billions for the deal."

Anti-corruption measures are a political show

Egyptian Agriculture Minister Salah Helal has taken a tumble over this kind of deal: President Abdul Fattah al-Sisi asked him to resign. Helal was accused of accepting lavish gifts, such as expensive apartments and paid pilgrimages to Mecca, in exchange for the allocation of land. He was even arrested shortly after his resignation, and the government resigned on Saturday.

"It has become obvious that the Egyptian government exposes such cases about two to three months before 9 December," Moaty said. The date is International Anti-Corruption Day. "The government wants to show that it is seriously cracking down on corruption," he said. After all, the country signed the UN Convention Against Corruption in 2003. "All these measures are a political show," Moaty said, adding that he believes that al-Sisi is willing to fight corruption, but lacks the power to solve the problem alone. 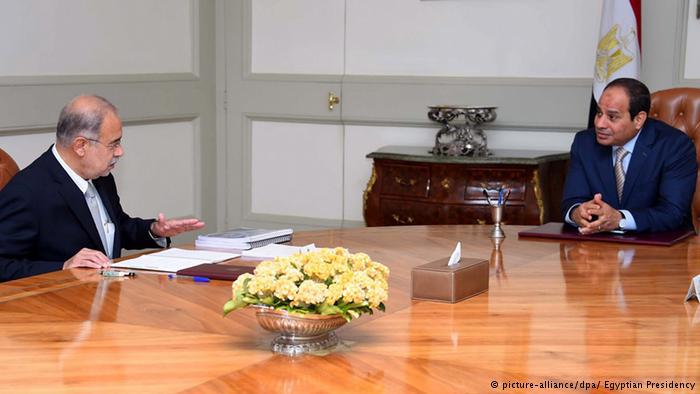 Egypt’s President al-Sisi has appointed the former oil minister, Sharif Ismail, as premier-designate. It remains to be seen whether he fares any better

That's the impression other Egyptians have as well. Ever since the student Malak went public with her story, other groups have found the courage to take to the streets. In Alexandria, in front of the Education Ministry, outside the Egyptian Journalists' Syndicate - young Egyptians everywhere are openly protesting corruption in the education system.

Malak had wanted to study medicine, but, with zero marks for her final exams, she might as well scrap that idea. Her case now lies with the public prosecutor's office in Cairo. Malak hopes that comparing handwriting could clarify the matter. "I am prepared to undergo a comparison at any time," she said in the television interview. There was not a hint of tears this time. Mariam Malak has decided not to let corruption win.

They’ve already got the Louvre; they’ll soon have a Guggenheim Museum as well – and now the Emirates have added literature to their quest for cultural supremacy in the Arab world ... END_OF_DOCUMENT_TOKEN_TO_BE_REPLACED

Years in the making, Sisi's elite New Administrative Capital will isolate most Egyptians from their centres of government in an effort to fortify the regime against any social ... END_OF_DOCUMENT_TOKEN_TO_BE_REPLACED

Professor Timothy Brennan's "Places of Mind: A Life of Edward Said" is a detailed biography of one of the most important intellectuals of the twentieth century, taking us on a ... END_OF_DOCUMENT_TOKEN_TO_BE_REPLACED

China has long portrayed itself as a strong supporter of the Palestinian cause. It has also claimed that in sharp contrast to the stance of the USA, its position is based on ... END_OF_DOCUMENT_TOKEN_TO_BE_REPLACED

Recep Tayyip Erdogan, disappointed by the European Union’s reluctance to integrate Turkey into its ranks, has re-directed his country’s diplomacy toward the Maghreb and Africa to ... END_OF_DOCUMENT_TOKEN_TO_BE_REPLACED

END_OF_DOCUMENT_TOKEN_TO_BE_REPLACED
Social media
and networks
Subscribe to our
newsletter