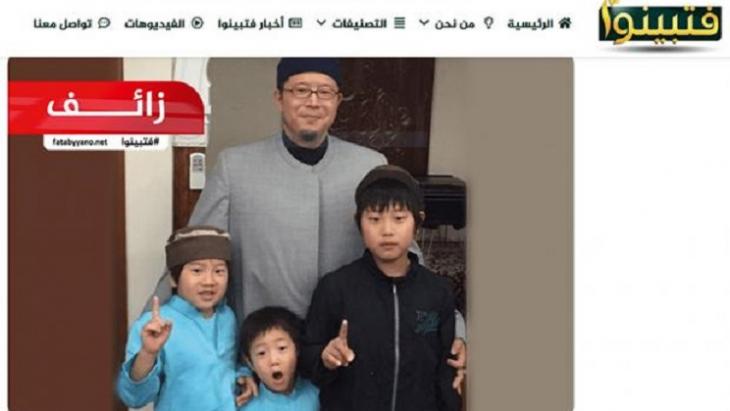 In the Arab region, fake news relating to COVID-19 claims that people who have been cured "convert to Islam" or that "Muslims are immune" to the disease. Long-established conspiracy theories have a bearing on the rumours. Another contributing factor is that people have no faith in the authorities. By Mona Naggar

A popular story on Facebook was that a Japanese family converted to Islam after being cured of coronavirus. The photo showed an Asian-looking man with three children. However, Fatabyyano, a fact checking platform, revealed that the information was wrong. Though the man really did become a Muslim, his conversion took place more than 20 years ago, and the picture circulating of his family was already five years out of date.

A video with similar content proved even more popular in Arab-speaking countries. It was about a Chinese woman converting to Islam because of coronavirus. The clip shows her professing her faith in front of a Muslim cleric. The fact checkers have evidence of it having been filmed long before the start of the pandemic. Examples like this show that Arab societies are dealing with COVID-19 in ways that fit long-established patterns, which include insisting on the supremacy of one’s own religion and providing conversion stories as proof.

In the pandemic’s early days, fake news claimed that only non-Muslims contracted the novel coronavirus, or that its emergence served to punish China for repressing the Muslim Uighur minority. After Italy’s Prime Minister Giuseppe admitted that his government had lost control of this health crisis, WhatsApp groups shared a video that supposedly provided evidence of many Italians converting to Islam. 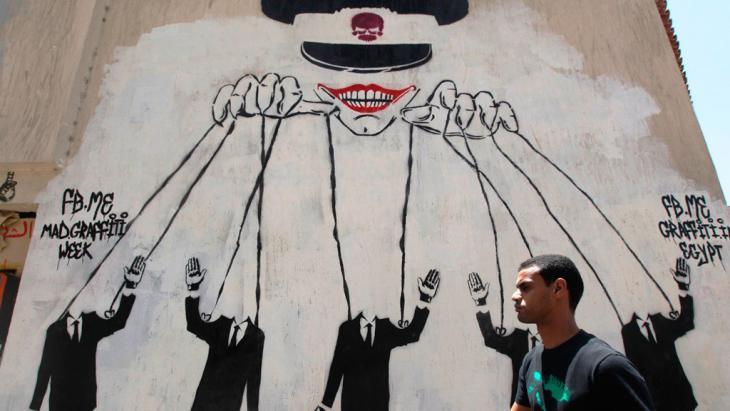 Whom to trust? Many Arabs wonder why their world region is permanently in such a depressing state. Conspiracy theories generated and spread by private individuals offer simple explanations. Trusting neither international organisations nor their governments, they form their views inside digital bubbles

Similar narratives are prevalent in small communities too. Palestinian refugee camps in Lebanon are an example. Initially, the message was common that camp residents’ moral superiority protected them from COVID-19 infections.

Sometimes fake news originates in Europe and then moves on into the Arab digital sphere. That rout was taken by misinformation concerning the relevance of the pharmaceutical chloroquine, the role of Bill Gates, or the harmful impacts of 5G mobile networks.

According to Moustafa Elsayed, who works as a fact-checker for Fatabyyano, it is mostly private persons who generate and spread such messages. Many of them hope to become famous. They neither trust international organisations nor their governments, and they form their views inside digital bubbles.

He says that even healthcare professionals are involved. His assessment is that they do not understand scientific studies properly, fail to think critically, or are led by the theory that the rich world is using coronavirus as a weapon in its permanent war on the poor.

Many Arab people wonder why their world region is permanently in such a depressing state. Conspiracy theories offer simple explanations. The idea that the entire world is fighting Islam and the Arab region is quite popular, though claims about exactly who is the enemy vary.

Some conspiracy theories only focus on individual countries, faith-based groups or specific communities. In Lebanon, for example, apart from a town in the country’s marginalised east, COVID-19 infections initially predominated in areas where the population was mainly Christian. Fake news soon emerged asserting that members of other faiths had caused infections to hurt the town and/or the Christians, respectively.

Press freedom is restricted in the Arab region and government information is frequently not be trusted. Both issues make conspiracy theories and fake news more likely to resonate with the masses. After decades of bitter disappointment, people have no faith in the authorities. Why should that suddenly change in the COVID-19 era?

While the ongoing legal dispute between Qatar Airways and European aircraft manufacturer Airbus has sent shockwaves across the entire global aviation sector, it may also threaten ... END_OF_DOCUMENT_TOKEN_TO_BE_REPLACED

Like Christianity, Europe's history is one of migration. Both have strong roots in the Orient and in cultures thousands of years old. Cultural historian Bernhard Braun invites us ... END_OF_DOCUMENT_TOKEN_TO_BE_REPLACED

The ruling is part of an ongoing clampdown on dissent and minorities in the kingdom. But so far, it's unlikely to have an effect on the kingdom's newly polished image as a global ... END_OF_DOCUMENT_TOKEN_TO_BE_REPLACED

On 14 August 2022, Pakistan marked the 75th year of its founding. One day later, neighbouring India celebrated its own independence with much pomp. Despite the historical and ... END_OF_DOCUMENT_TOKEN_TO_BE_REPLACED
Author:
Mona Naggar
Date:
Mail:
Send via mail

END_OF_DOCUMENT_TOKEN_TO_BE_REPLACED
Social media
and networks
Subscribe to our
newsletter