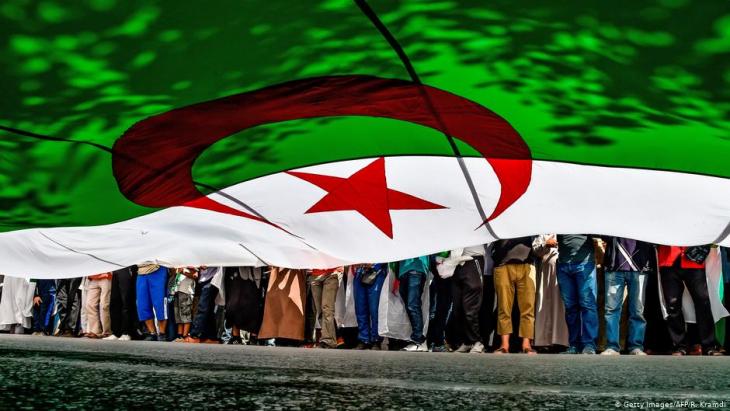 Exploiting the coronavirus emergency, Algeria’s ruling classes have ramped up their repressive campaign against the protest movement, opposition and free media. By Sofian Philip Naceur

Since mass mobilisation against the authoritarian state leadership first began in February 2019, it seemed that nothing could stand in the way of Algeria’s protest movement. Neither political concessions such as the resignation of ex-President Abdelaziz Bouteflika in April 2019 – enforced by the military – nor diversionary tactics by the old elites could persuade young people pushing for genuine political change to halt their weekly demonstrations.

For 13 months, the campaign known in Algeria as “Hirak“ (Arabic for “movement“) defied government attempts to divide and discredit it, pouring rain and political repression. The mobilisation power of Hirak remained unbroken. Until the outbreak of the coronavirus pandemic.

“Neither the coronavirus nor cholera will stop us”

The authorities confirmed the first case of Covid-19 in Algeria in late February, but the Hirak juggernaut rolled enthusiastically onward, acknowledging the looming threat with bare-faced sarcasm. “Neither the coronavirus nor cholera will stop us” or “We’re not afraid of corona, we grew up in misery” were just two of the slogans heard on the streets of Algiers as late as 13 March.

All the while, there was an explosion in the number of cases. Hirak was also very much aware that Algeria’s public healthcare system, run down for decades, is nowhere near ready for such a crisis and that sooner or later, it could implode under the pressure of a pandemic of global dimensions. 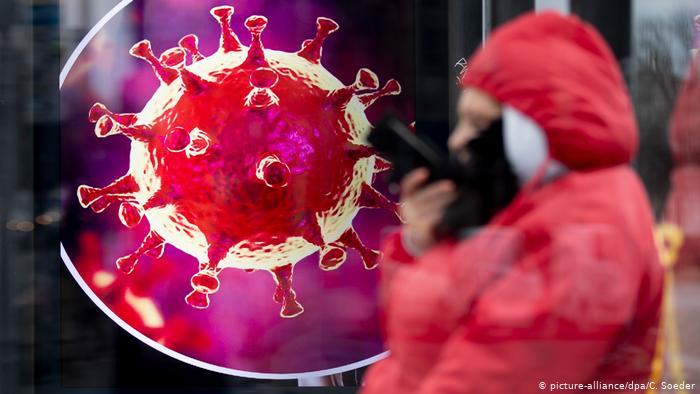 Hirak movement paralysed: in Algeria, the coronavirus pandemic has affected the protest movement. As in other Arab countries, the authorities have used the restrictions imposed by the corona virus to silence critical voices within the country. In mid-March, the Algerian authorities not only banned all public gatherings in view of the corona threat. They also took the opportunity to harass several activists and journalists, including Karim Tabbou, one of the protest movement leaders

With fitting urgency, more and more leading voices within the movement warned of the health policy dangers of COVID-19 and argued for an immediate halt to protests. Their calls were heeded. This is why since 13 March, for the first time after 57 weeks of non-stop protests, the streets of Algeria are now eerily empty.

Algerian scholar Said Djabelkhir rejects the charge of "offending Islam". In interview with Ismail Assam, he maintains that he has been wilfully misconstrued. At the same time, he ... END_OF_DOCUMENT_TOKEN_TO_BE_REPLACED

Saturday's historically low election turnout was a reflection of Algerians' ongoing frustration with the political status quo. Faced with mounting state repression, however, the ... END_OF_DOCUMENT_TOKEN_TO_BE_REPLACED

Morocco and the European Union are at cross purposes when it comes to the Western Sahara. And, as Germany does not support Moroccan claims to the territory, a major conflict has ... END_OF_DOCUMENT_TOKEN_TO_BE_REPLACED

Recep Tayyip Erdogan, disappointed by the European Union’s reluctance to integrate Turkey into its ranks, has re-directed his country’s diplomacy toward the Maghreb and Africa to ... END_OF_DOCUMENT_TOKEN_TO_BE_REPLACED

Using a graphic novel to address a contentious issue like the Algerian war of independence may seem an odd choice, but new release "Algeriennes", translated into English by Ivanka ... END_OF_DOCUMENT_TOKEN_TO_BE_REPLACED
Author:
Sofian Philip Naceur
Date:
Mail:
Send via mail

END_OF_DOCUMENT_TOKEN_TO_BE_REPLACED
Social media
and networks
Subscribe to our
newsletter