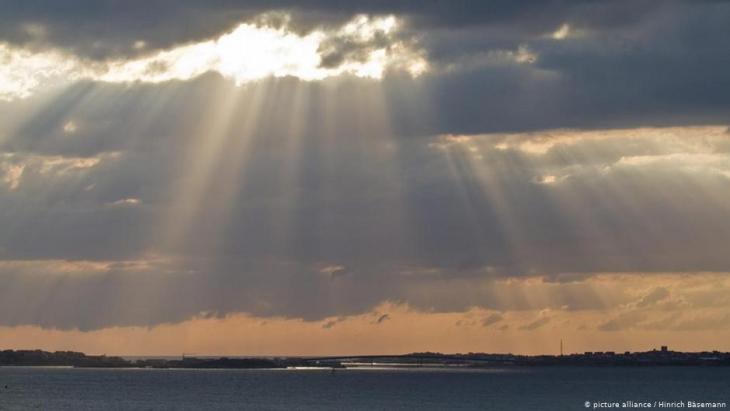 Given the numerous civil society initiatives that have emerged during coronavirus, Egyptian writer and journalist Khaled al-Khamissi finds his faith in his fellow Egyptians restored – there is hope for the country after all

The 10th-century Arab poet Abu Firas al-Hamdani gave us the following sentence: "On a dark night, the full moon is missed." That is undoubtedly the case on the one new-moon night of the month, but it doesn’t hold true in dark times. Because light always breaks through the darkness in various forms, however black the gloom might be. And it is these shafts of light that I can see now, in Egypt’s all-pervading darkness.

The situation in our country was certainly not ideal before March, and occasionally I couldn’t make out many glimmers of light. But since the measures to counter the pandemic came into force, and so many ways of earning a living have fallen away, especially for the poor, our ancient nation – people who have been used to practicing unity and social cohesion since time immemorial in order to save the lives of others – has been engaged in all kinds of endeavours.

Civil society assistance for those in need

I lived through a unique, historic moment for our country in January 2011, and I am now witnessing something comparable, seeing great numbers of individual and communal efforts to bring help to those in need. And I firmly believe that if the community was only given the chance, it would play a more active and influential role both socially and politically than it does now; its areas of responsibility would expand and increase in number, and be more strongly tied into the administration of public services.

Let me introduce you therefore to a few of these social-responsibility initiatives, because they are like yawning: you only have to see them and you’ll be doing it, too.

In one of the villages in the Nile delta, the villagers held a meeting to discuss how they could collaborate with the local authority to help the community. Once they had debated what the village was most lacking, they began to clean public-service buildings like the post office and the police station every day, and to give financial support to women who were out of work and mothers who had no other source of income. Local teachers also began to record video lessons free of charge and upload them to YouTube for their students. 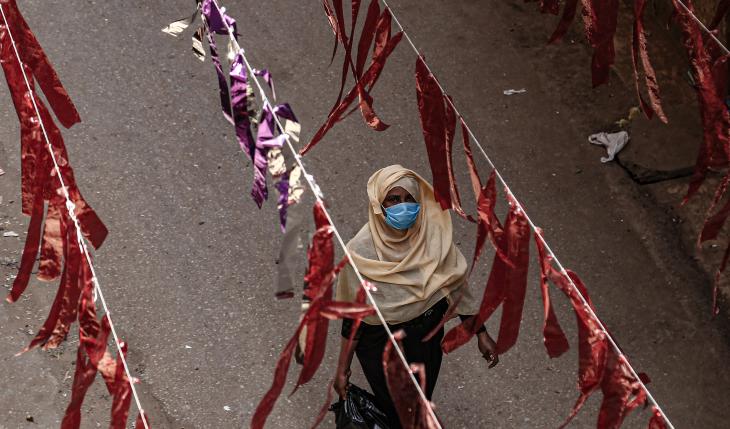 Helping people to help themselves during coronavirus: the COVID-19 pandemic has hit the country on the Nile particularly hard. Egypt's Ministry of Health has so far reported 47,856 confirmed coronavirus cases and 1,766 deaths. According to a 2018 World Bank report, many Egyptians either have no health insurance or do not use it because of concerns about the quality of care in state hospitals

In Cairo, meanwhile, for several weeks now an initiative started by a young woman has been providing hot meals to people who are sick with coronavirus and trapped inside their own four walls, in quarantine. The project’s resourceful initiator managed firstly to find enough families to donate food every day, and secondly to find families who would take over the food preparation.

And then there were the young people who agreed to transport the meals to those who were sick. The food is usually then distributed to the sick people by their neighbours – one of whom quite often also donates money to support the care of a sick neighbour.

A "people's committee to fight coronavirus"

Another young man has called the initiative he started the "people’s committee to fight coronavirus" – a name that reminds us all, with a certain wistfulness, of the people’s committees founded during the 2011 revolution. The aim of this project is to help day labourers and unskilled workers from the coffee houses, for instance, who have lost their jobs during the pandemic and are now without an income.

Home
Print
Newsletter
More on this topic
COVID-19 on the Nile: How coronavirus snuffed out my bookseller's lifeCOVID-19 on the Nile: Where is the justice in corona-plagued Egypt?COVID-19 in Egypt: Safely through corona crisis? Go on, take my used mask
Related Topics
Coronavirus, Democracy and civil society, Economy, Health, Poverty, Social movements
All Topics

Social media make many things possible – including the unwanted circulation of intimate private photos. This has given rise to new forms of crime and sexual blackmail. An ... END_OF_DOCUMENT_TOKEN_TO_BE_REPLACED

The change in U.S. president is also having an impact on the conflict between Turkey and Greece. Since the USA has started to play the Greek card, the strategic situation in the ... END_OF_DOCUMENT_TOKEN_TO_BE_REPLACED

Arab women played a leading role in the protest movement of 2011. Since then, ongoing social transformation has had a considerable impact on their lives. What is their assessment ... END_OF_DOCUMENT_TOKEN_TO_BE_REPLACED

They’ve already got the Louvre; they’ll soon have a Guggenheim Museum as well – and now the Emirates have added literature to their quest for cultural supremacy in the Arab world ... END_OF_DOCUMENT_TOKEN_TO_BE_REPLACED

Years in the making, Sisi's elite New Administrative Capital will isolate most Egyptians from their centres of government in an effort to fortify the regime against any social ... END_OF_DOCUMENT_TOKEN_TO_BE_REPLACED

Professor Timothy Brennan's "Places of Mind: A Life of Edward Said" is a detailed biography of one of the most important intellectuals of the twentieth century, taking us on a ... END_OF_DOCUMENT_TOKEN_TO_BE_REPLACED
Author:
Khaled al-Khamissi
Date:
Mail:
Send via mail

END_OF_DOCUMENT_TOKEN_TO_BE_REPLACED
Social media
and networks
Subscribe to our
newsletter