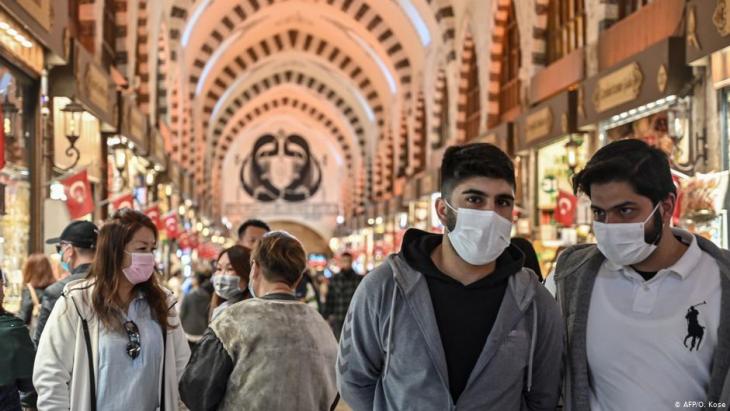 COVID-19 pandemic
How is Turkey dealing with the corona crisis?

Turkey is an international hub, not only due to its geographical position, but because of the huge network of refugees that centres there. It is therefore hard to believe that so far, only a few people in Turkey have come into contact with the new coronavirus. In neighbouring Iran, meanwhile, a catastrophe is in progress – partly because the government there played the situation down for so long. After some initial hesitation, the Turkish government is now taking decisive action, and is also keen to help its neighbour.

Of course, Turkey is not Iran. The country’s infrastructure is significantly better, and the government less blinded by ideology than the mullahs' regime. All the same, the situation doesn’t seem as rosy as Turkey would like the international community to think. Information is trickling out of individual hospitals, where the talk is of overcrowding and overstretched staff.

Until recently, people were still returning to Turkey from Europe, including from Spain and Italy – with no checks for potential infection, let alone a quarantine period. Inhabitants of Istanbul report that people newly returned from Spain have been resuming their social life in the chronically overpopulated metropolis without any kind of warnings or restrictions.

There has been some attention given to the news that a group of 500 pilgrims freshly arrived from Mecca have returned to their normal lives in the Black Sea province of Rize. The sacred sites in Saudi Arabia themselves, meanwhile, have been sealed off and are now deserted. 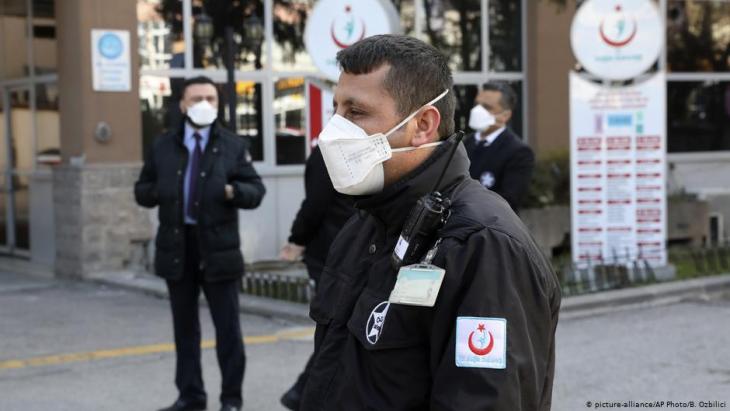 High number of unreported cases likely: Turkey has raised its death toll to four from the coronavirus pandemic, as the number of confirmed cases jumped to 359. President Recep Tayyip Erdogan issued a decree, published in the Official Gazette on Friday, postponing all scientific, cultural and art events until end-April to contain the spread of the highly contagious virus

The health minister, Fahrettin Koca, did recommend a quarantine period for returning pilgrims, but no measures were put in place to enforce this recommendation. The mayor of Cayeli, a town in Rize, even went to visit one of the pilgrims at his house and shared the video of the visit online. The local doctors’ association has called for stricter controls and a detailed record of the people and places the pilgrims have visited since their return, though at the same time admitting that in this case, it is already too late.

Turkey has now ceased all flights to and from Europe, and schools and similar institutions have closed for the time being. Shops, bars and restaurants, leisure facilities and the like have been instructed to close their doors from 17 March. After one final large Friday prayers, at which the president of the ministry for religion Ali Erbaş bizarrely called on the many people present to avoid large gatherings, Friday prayers and all other communal prayers are now banned nationwide.

The devaluation of the Egyptian pound combined with rising food prices is taking its toll on Egypt. More and more people are slipping into poverty. Karim El-Gawhary reports from ... END_OF_DOCUMENT_TOKEN_TO_BE_REPLACED

Since returning to power in Afghanistan, the Taliban have steadily eroded the rights and opportunities of women and girls, particularly their access to education. But Afghans are ... END_OF_DOCUMENT_TOKEN_TO_BE_REPLACED

The book "The Invention of the Maghreb: between Africa and the Middle East" prompts us to review basic terminology. This includes terms that we use almost every day as if they are ... END_OF_DOCUMENT_TOKEN_TO_BE_REPLACED

Tunisia has been going through a severe economic and political crisis in recent years. More than one in three young people there are unemployed. For many skilled, qualified and ... END_OF_DOCUMENT_TOKEN_TO_BE_REPLACED

At the end of every year, the team at Qantara.de gives you a run-down of the ten most-read articles on the site over the past 12 months. Here is a quick overview of the stories ... END_OF_DOCUMENT_TOKEN_TO_BE_REPLACED

The government in the Netherlands, one of the last European nations to abolish slavery, has made an historic apology. But some feel that there is still a long way to go. By Ella ... END_OF_DOCUMENT_TOKEN_TO_BE_REPLACED
Author:
Tayfun Guttstadt
Date:
Mail:
Send via mail

END_OF_DOCUMENT_TOKEN_TO_BE_REPLACED
Social media
and networks
Subscribe to our
newsletter