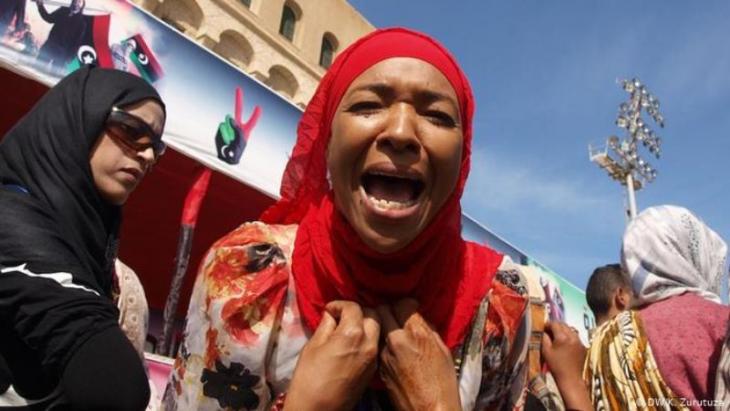 War was ever a man's game. In Libya, where political rivals have been fighting it out for years, the needs of women have all too often been overlooked. Yet the country is going to need everyone’s contribution, argues Asma Khalifa, if it is to survive the upcoming changes

As soon as the pandemic state of emergency was declared in Libya, the government in Tripoli began dispensing funds intended to combat COVID-19. Much was sunk in corrupt deals or used to silence public concerns. After all, Libyans are well aware that were a health crisis to affect them, they would have nowhere to go.

Libyans were travelling to Tunisia for medical treatment long before 2011. Although the closing of borders due to coronavirus is now preventing travel, travel restrictions for women are nothing new. Due to the breakdown in the security apparatus, women whose travel is restricted as a result are unable to drive freely on their own between towns to access services, including health. Security on the roads is often precarious. Not only armed conflicts could erupt at any point, but the roads are also littered with fake checkpoints where Libyan citizens are frequently hijacked, or kidnapped and held to ransom.

Women trapped between conflict and health

The situation in the west of Libya has worsened due to the ongoing war, with hospitals, health facilities and medical personnel readily targeted. On 7 April, heavy shelling by the Libyan Arab Armed Forces (LAAF) hit Al Khadra Hospital maternity ward, injuring a health worker and damaging the hospital’s facilities. Al Khadra hospital had been earmarked as one of the potential COVID-19 health facilities. 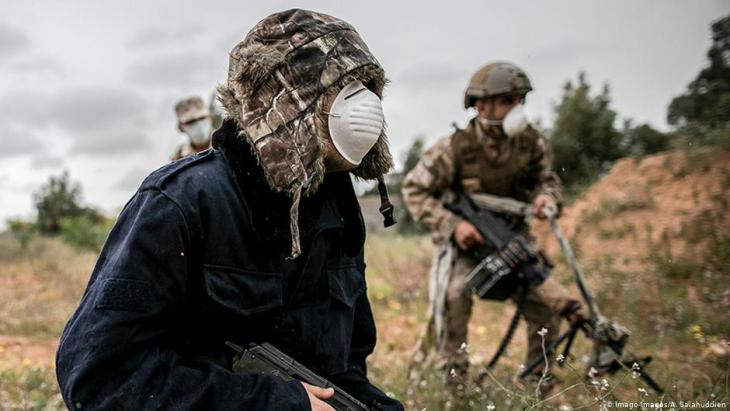 It's a man's world: "due to the highly gendered nature of the Libyan conflict, women are particularly missing from the picture, since they are not fighting and are not represented in government," writes Asma Khalifa. While the coronavirus curfew could indeed contribute to flattening the curve, it takes no account of the humanitarian impact on families already struggling due to a decade of conflict

Royal hospital in Tareeq Al-Shouq, south of Tripoli was destroyed in late April. Hospitals also lack equipment, water and beds to host a potential influx of patients. This puts medical staff at risk of infection, with women making up the majority of nursing staff.

At Al Jalaa paediatric hospital, a suspected COVID-19 patient was received by a female doctor who later had to quarantine herself. Such situations can lead to the stigmatisation of health workers. This can particularly affect women, and in turn can lead to dire social consequences in a society that uses reputational damage to control women far more than men. Women may then feel inclined to withdraw from the health sector altogether.

Given Libya's political schism along geographical lines, each side has developed its own response mechanism to the pandemic. The authorities in the east have attempted to control and silence any dissident voices remotely critical of conditions in the healthcare system. The government in Tripoli – preoccupied with the fighting in the south of the capital – took on preventive measures and imposed strict curfew hours, fining any flouters. This has further empowered the security forces that already operated with impunity in the capital.

The term "Tuareg" refers to tribes and nomads who speak dialects of Tuareg and live in Targa, an area in south-west Libya recently renamed Wadi Al-Hayat but previously known as ... END_OF_DOCUMENT_TOKEN_TO_BE_REPLACED

The Islamic Republic has been unable to quell the civil unrest that erupted three months ago, after Mahsa Amini died after being detained for violating hijab rules. Now the ... END_OF_DOCUMENT_TOKEN_TO_BE_REPLACED

Cries of "Benghazi!" still resonate across the USA ten years after a deadly terrorist attack in Libya killed the U.S. ambassador and three other Americans. Ethan Chorin re-tells ... END_OF_DOCUMENT_TOKEN_TO_BE_REPLACED

After a two-year hiatus, the Arab League re-convened at the beginning of November in Algiers against a backdrop of uncertainty and discord. By Pierre Boussel END_OF_DOCUMENT_TOKEN_TO_BE_REPLACED

In the run-up to the COP27 global climate summit, hosted by Egypt in November, it is worth noting that little rainfall, aggressive heatwaves and worsening drought make the Middle ... END_OF_DOCUMENT_TOKEN_TO_BE_REPLACED

The southern shores of the Mediterranean Sea are losing sand faster than almost anywhere else. The ecological and economic damage is immense. The good news is, there are ways to ... END_OF_DOCUMENT_TOKEN_TO_BE_REPLACED
Author:
Asma Khalifa
Date:
Mail:
Send via mail

END_OF_DOCUMENT_TOKEN_TO_BE_REPLACED
Social media
and networks
Subscribe to our
newsletter