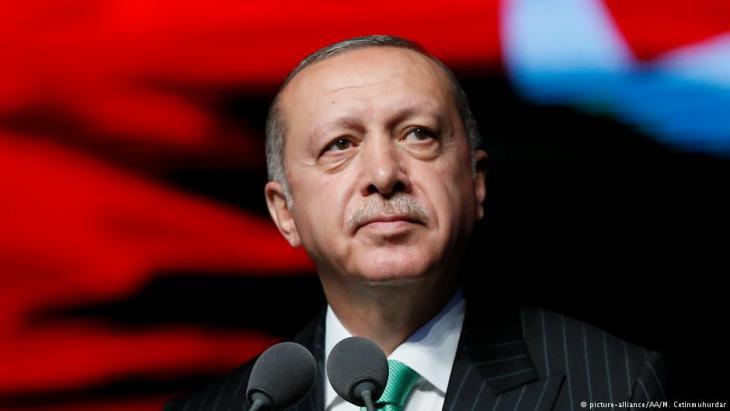 In June, Recep Tayyip Erdogan became head of state in Turkeyʹs new presidential system, which grants him enormous powers. But the country is in the midst of a veritable economic crisis. Erdogan has his back against the wall. An analysis by Timur Tinc

When Recep Tayyip Erdogan was elected president on 24 June 2018, Turkey bid a final farewell to democracy and the rule of law. The former parliamentary republic has become an authoritarian one-man state. The new presidential system grants the 64-year-old greater authority than any elected leader has ever possessed in the countryʹs 95-year history.

For two years following a failed coup dʹetat, a state of emergency was in place that allowed Erdogan to rule by decree. These special rights have now been converted into ordinary laws. In other words, the state of emergency has been declared permanent. Consequently, Erdogan can appoint governors, impose curfews, forbid protests and demonstrations, shut down associations and more closely monitor individuals and communication.

Erdogan can also appoint 12 of the 15 constitutional judges. He is the commander-in-chief of the armed forces. He chooses the ministers and is the leader of the conservative Islamic Justice and Development Party (AKP). Parliament has been reduced to simply rubber-stamping his policies. There are no checks and balances as are typical of the presidential systems in France and the USA.

Nonetheless, the snap election in June did not unfold quite as Erdogan had hoped. Receiving 42.6 % of the vote, the AKP fell six seats short of an absolute majority in the 600-member parliament. It was forced to enter into a coalition with the extreme-right MHP.

In response, Erdogan sharpened his tone towards the Kurdish HDP, which, in spite of all reprisals, once again managed to clear the 10 % hurdle and is thus represented in parliament once more. Shortly after the election, Erdogan was quick to threaten cities in south-eastern Turkey whose municipal administrations are led by HDP members that they would "pay the price" for allegedly passing on tax money to the terrorist organisation PKK.

Erdogan would actually welcome a new flare-up of the Kurdish conflict because it would distract from Turkeyʹs most urgent problem. The currency crisis has become a full-blown economic crisis. “Give this brother of yours the authority and he will show you how to deal with interest rates and all the rest,” Erdogan had boasted before the election. 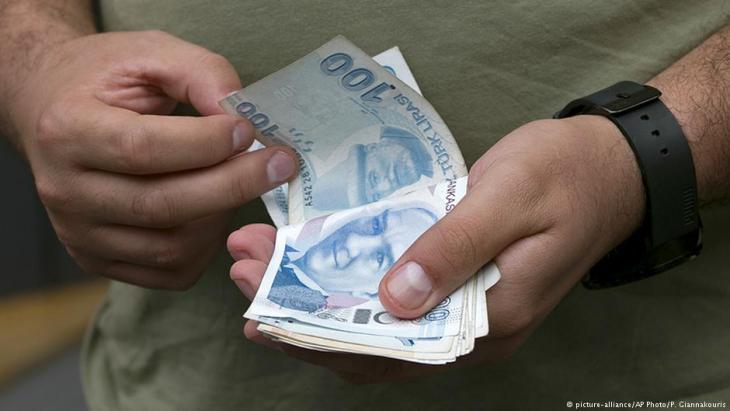 Turkish currency in freefall: in August, the inflation rate rose to 17.9 %. Turkey is facing stagflation, a situation in which economic growth slows while consumer prices rise. The private sector is already having enormous difficulties servicing its foreign, dollar denominated debts. The next few months could bring company closures and redundancies

The reality looks different. The lira is in free fall. In August, the inflation rate rose to 17.9 %. Turkey is facing stagflation, a situation in which economic growth slows while consumer prices rise. The private sector is already having enormous difficulties servicing its foreign, dollar denominated debts. The next few months could bring company closures and redundancies.

Many people in Turkey are totally unaware of the economic dramaʹs ramifications because they are being lied to on a daily basis by the largely conformist media. "Foreign powers" and the "interest lobby" are being painted as the guilty parties. In fact, it was Erdogan himself who sparked the currency crisis by casting doubt on the autonomy of the Central Bank and publicly rejecting the interest system.

This year Annemarie Schimmel, the great German scholar of Islamic studies, would have turned 100. Unique within the German and international academic community of her time, ... END_OF_DOCUMENT_TOKEN_TO_BE_REPLACED

The Palestinian militant organisation Hamas, with Hezbollah's help, is building up a military presence in Lebanon, the ultimate consequences of which could be devastating, writes ... END_OF_DOCUMENT_TOKEN_TO_BE_REPLACED

More and more voices are being raised in Turkey that challenge previous versions of the country's history. These alternative accounts, still largely ignored by official quarters, ... END_OF_DOCUMENT_TOKEN_TO_BE_REPLACED

Violence against doctors and lawyers in Turkey has been growing in recent years. But instead of taking action, the government is openly hostile towards two unions representing the ... END_OF_DOCUMENT_TOKEN_TO_BE_REPLACED

The Sufi Trail is a long-distance hiking route from Istanbul to Konya that seeks to revive the ancient tracks used by foot pilgrims on their way to Mecca. Marian Brehmer spoke to ... END_OF_DOCUMENT_TOKEN_TO_BE_REPLACED

Foresight is needed to turn the tide of German policy. Being independent of Russia must not lead to dependence on authoritarian regimes in the Middle East. By Kristin Helberg END_OF_DOCUMENT_TOKEN_TO_BE_REPLACED
Author:
Timur Tinç
Date:
Mail:
Send via mail

END_OF_DOCUMENT_TOKEN_TO_BE_REPLACED
Social media
and networks
Subscribe to our
newsletter