Crisis-hit Lebanon to devalue currency by factor of 10 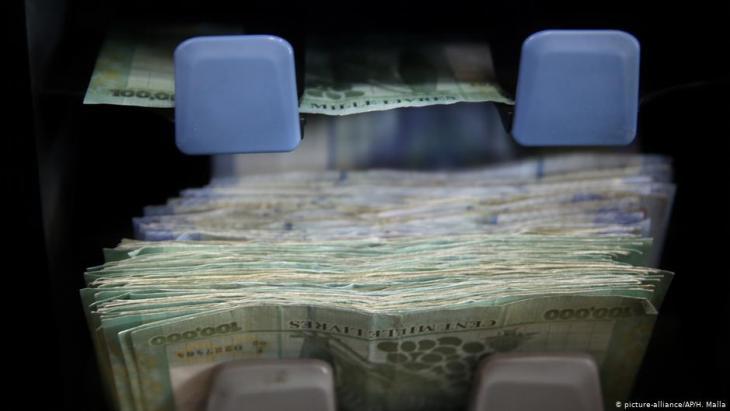 Lebanon, in deep financial crisis, will dramatically devalue its currency, the finance ministry said on Wednesday, bringing it closer to its rate on the black market, where the pound has plummeted.

The first alteration to the official rate in two decades comes as Lebanon, battling three years of economic collapse and surging poverty, is in urgent talks with the IMF for a multi-billion dollar bailout.

The Lebanese pound has been officially pegged at 1,507 to the dollar since 1997, a rate that has not reflected reality for years as the currency has been in freefall.

But with the pound trading around 38,000 to the dollar on the black market – close to a record low – analysts were sceptical the move will stabilise the currency.

The pound has lost more than 95 percent of its value on the black market since the 2019 onset of Lebanon's financial crisis, branded by the World Bank as one of the planet's worst in modern times.

Analysts noted that a devaluation to 15,000 to the dollar was still far short of that needed to create the unified exchange rate demanded by the IMF. "In effect, by declaring a new rate, we add to the multiplicity of rates that already exist," said economist Nasser Saidi.

Parliament this week approved an overdue 2022 draft budget, a move that had also been requested by the IMF. One of the exchange rates listed in the budget is based on a rate of 15,000 Lebanese pounds to the dollar. Lebanon is under IMF pressure to implement a raft of reforms before the term of President Michel Aoun expires at the end of October, economy minister Amin Salam has said.

With no consensus around a replacement for Aoun, who was named in 2016 after a more than two-year political vacuum, the process of selecting a new head of state could face delays the country can ill afford.

Lebanon's worst-ever economic crisis has seen poverty rates climb to reach more than 80 percent of the population, according to the United Nations. Food prices have risen by 2,000 percent since 2019, the UN World Food Programme says.

Saidi, a former minister and vice governor of the central bank, said the new exchange rate could compound financial woes by further driving up consumer prices.

"For ordinary people this means additional inflation," he said.    (AFP)

END_OF_DOCUMENT_TOKEN_TO_BE_REPLACED
Social media
and networks
Subscribe to our
newsletter