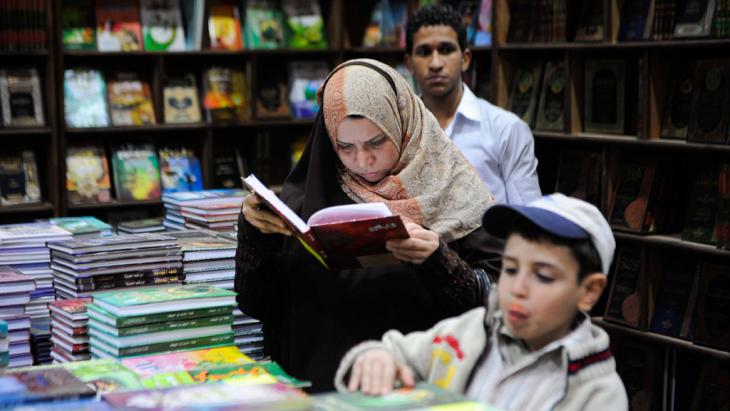 The "A Bird is not a Stone" crowdfunding campaign may not have gotten as much press as British scientists seeking to fund a moon landing through online donations, but it certainly made a ripple among Arabic literary translators. The success of this campaign showed that crowdfunding can be an important tool in bringing Arabic literature into European languages. By Marcia Lynx Qualey

The "A Bird is not a Stone" campaign, which ran in early 2014, supported a collection of Palestinian poetry. It wasn't as viral or high-rolling as major movie or political campaigns, or as one US man's campaign to make a potato salad, which raised $55,492. Co-editors Sarah Irving and Henry Bell targeted a reasonable £3,000, an amount that would cover travel expenses for select Palestinian poets to come to Scotland, as well as additional distribution of the book. They were delighted to exceed that goal by £540.

Irving and Bell had a number of advantages over other literary crowdfunding campaigns. First, their book contained the work of 25 Palestinian poets and 25 Scottish poet-translators. "I think the fact that there were so many established poets with good contacts did make it a lot easier," said Irving via e-mail.

"But I think there were other factors that need to be taken into account," she said. One of these was the general interest in Palestine. "So there were a lot of solidarity and political links, which I think also helped to spread the word." 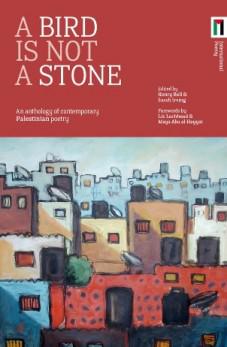 "A Bird is not a Stone", a major collection of contemporary Palestinian poetry translated by 25 Scottish writers, passed its crowdfunding goal. The initial print run sold out and a re-print is in the pipeline

But "A Bird is not a Stone" was not the only successful literary-translation crowdfunding campaign this year. The campaign for "Settled Wanderers", a collection of Sahrawi poetry put together by English poet and translator Sam Berkson, also met its goal. The poet's stated aim was to "revisit the Saharawi refugee camps in Algeria to collect Saharawi poetry to translate & publish with Influx Press."

With 51 backers, Berkson exceeded his modest £1,100 goal by £236. Notably, both projects already had a publisher signed on and both asked for relatively small amounts of money.

However, not all of this year's literary-translation kickstarters have been successful.  This fall, Darf Publishers hosted a crowdfunding campaign to support the translation of Alessandro Spina's 1,300-page epic, "The Confines of the Shadow", into English. Spina is the nom de plume of Benghazi-born author Basili Shafik Khouzam, and his acclaimed books, written in Italian, tell a story of pre-colonial Libya.

Darf raised only £325 of its £8000 goal, despite running for two months, from August 24 to October 23. Translator André Naffis-Sahely, who is working on this project, said he wasn't sure why the campaign had come up short while the "A Bird is not a Stone" campaign had been so successful. But he agreed that, in the Western consciousness, "Palestine trumps Libya any day." 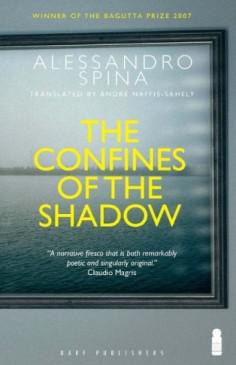 Although the crowdfunding campaign for "The Confines of the Shadow" by Alessandro Spina didn't reach its goal, Darf Publishers says on its website that André Naffis-Sahely's English translation will be published on 1 April 2015

Other book-related projects have allowed Arab publishers, authors and book-lovers to reach out beyond borders. Zoomaal, a crowdfunding site designed to support Arab projects, this year hosted a successful campaign for "Alkindy", a literary space in Tripoli, Lebanon. Organiser Najwa Sahmarani raised $25,000 towards the goal of launching the library and literary-event space.

As with other successful projects, Sahmarani came to crowdfunding with a number of backers and a well-considered plan. She had also already done extensive interviews with Tripoli residents about what they wanted to see in a literary space.

Hallmarks of successful recent projects – outside of the $55K potato-salad phenomenon – is that they are well along in the creative process before they hit a crowdfunding site. That way, funders knew what they were supporting.

Egyptian academic and theatre artist Nesreen Hussein recently launched a funding campaign for her "My City, My Revolution", an academic essay that she is turning into a performance piece. Before launching the campaign, Hussein had already published the essay, found co-creators and had a place to stage her show: Rich Mix in London. The additional funds will help bring the project to Cairo. At the halfway point, Hussein's project had raised £920 of her £1,500 goal.

US theatre director Sarah Zatz, who has managed and followed several successful crowdfunding campaigns, says that a good crowdfunding campaign requires daily maintenance and upkeep. She also urges those who are launching new campaigns to keep the perks simple, as funders don't come for these. "Do offer things that have value but don't cost much or require work to fulfil."

Also, Zatz said, "it seems that the majority of the giving activity really does happen in the last week – once we got close to success, we started snowballing. I think people want to be part of the moment of the 'tipping point', but it does involve pushing."

Crowdfunding may be an alternative to grant applications, says Sarah Irving, who co-managed the successful "A Bird is not a Stone" project. But that doesn't mean it's easier.

"I'm not sure that crowdfunding is any easier or less labour-intensive than grant applications and other forms of fundraising," Irving said. "It's just different, and has different pros and cons. We're doing both, for different purposes."

Home
Print
Newsletter
More on this topic
Interview with literary translator Hartmut Faehndrich: "What I don't see is an on-going interest in Arabic literature"Book review: Kamal Ruhayyim's "Diary of a Muslim Jew": An engaging take on a complex themeBook review: Jabbour Douaihy's "June Rain": A "whodunit" without the "who"International Prize for Arabic Fiction 2014: "Frankenstein in Baghdad": Beyond good and evil
Related Topics
Arabic literature, Dialogue of Cultures | Intercultural Dialogue, Literature, Translation
All Topics

A heated debate is raging in the Islamic world about whether the religious and political spheres in Islam are one and the same. Before this matter can be settled, the terms " ... END_OF_DOCUMENT_TOKEN_TO_BE_REPLACED

On their fourth CD "Irade" (willpower), Masaa has left its piano sound behind, yet continues with its new guitarist to pursue a path that bridges jazz improvisation and Arabic ... END_OF_DOCUMENT_TOKEN_TO_BE_REPLACED

Muhyiddin Ibn Arabi (1165-1240) is one of the most influential Arab philosophers and mystics. James Morris, Professor of Islamic Theology at Boston College, explains why his ... END_OF_DOCUMENT_TOKEN_TO_BE_REPLACED

Internationally Bamiyan tends to be associated with the tragedy surrounding its empty Buddha niches. But in recent years the central Afghan province has also been an island of ... END_OF_DOCUMENT_TOKEN_TO_BE_REPLACED

Any journey to southern Spain, to Al-Andalus, is akin to the start of a dream that finds its beguiling continuation beyond the Pillars of Hercules, in the Andalusian cities of ... END_OF_DOCUMENT_TOKEN_TO_BE_REPLACED

Some are suggesting that Muslims are bringing anti-Semitism to Europe. However, it was in fact Europeans who took anti-Semitism to the Arab world in the first place. Diplomats in ... END_OF_DOCUMENT_TOKEN_TO_BE_REPLACED
Author:
Marcia Lynx Qualey
Date:
Mail:
Send via mail

END_OF_DOCUMENT_TOKEN_TO_BE_REPLACED
Social media
and networks
Subscribe to our
newsletter