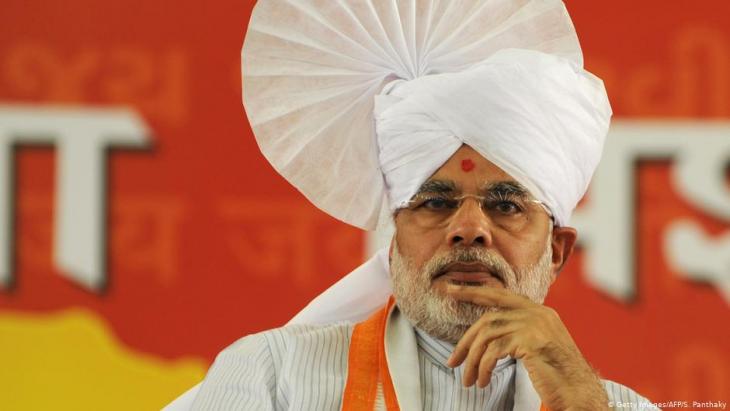 India is famous for its rich cultural heritage and evocative art. With names like Satyajit Ray and Mira Nair in films, Raja Ravi Varma, Amrita Sher-Gil and M. F. Husain in painting, Ravi Shankar and A. R. Rahman in music, Raghubir Singh in photography, and of course, Mirza Ghalib, Rabindranath Tagore and Sarojini Naidu in literature and poetry, India has always had global representation in every field of art and culture.

India’s cultural industry has also remained fairly free since 1947, when India became an independent nation. The banning of certain works such as Salman Rushdie’s book "The Satanic Verses" and Rakesh Sharma’s documentary, "The Final Solution", can be attributed to their controversial nature or likeliness to instil communal tension in society. It would be fair to say that political interference in culture in India is a new development.

In February 2019, Amol Palekar, renowned actor and director, was rudely censored. He stood at the podium delivering a speech on artist Prabhakar Barwe’s exhibition ‘Inside an Empty Box’ at the National Gallery of Modern Art (NGMA) in Mumbai.

Anita Rupavataram, director of NGMA, repeatedly interrupted Palekar when he mentioned the "loss of independence" in art, reminding him to stay with "Barwe's work". Palekar was trying to voice his dissatisfaction with the Ministry of Culture taking control over NGMA (Mumbai and Bangalore) and henceforth limiting the space for independent, ‘external’ artists and allowing only NGMA’s own artists to exhibit in their space.
There has also been a sharp increase in films propagating the government’s agendas. "Toilet: Ek Prem Katha" (Toilet: a love story) released commercially in 2017 and stars Bollywood’s most bankable actor, Akshay Kumar, alongside Bhumi Pednekar. It tells the story of a newly married couple in rural north India, where the wife walks out of her in-laws’ house because it does not have a private toilet.

The two and a-half-hour long movie outlines the struggles of this couple against the family and society to stand up for basic rights and needs. The premise of the movie is based on the Modi government’s Swachh Bharat Abhiyan (Clean India Mission), a campaign launched in 2014, the first time he came to power. One of the key features of the campaign is to make India free of open defecation. In rural India, most households do not have toilets and villagers, including women, are expected to use the fields.

This means that women have to walk long distances to relieve themselves, mostly before sunrise or after sunset. To be fair, both the film and scheme are relevant to the country. However, why have there been no commercial films on these basic needs or addressing such social issues previously in the ever-flourishing Indian Hindi film industry?
Introducing a 'new India'
One of the biggest cultural discords in India in recent times has been the film "Uri: The Surgical Strike". Released in January 2019, Uri is based on real events.

It is about the surgical strikes that the Indian Army conducted on Pakistan-administered-Kashmir, targeting and killing militant bunkers. Uri’s commercial release was very well received by all. And with the ongoing conflict of bifurcating Jammu and Kashmir into union territories, in the most undemocratic way, this film will continue to get even more attention.

Uri worked as a catalyst before the general elections in May this year. Before re-election, the ruling government used this movie to reinforce the spirit of nationalism by reminding Indians that it was in fact Modi government’s defence minister, Manohar Parrikar, who stood behind the Indian Army as they conducted the surgical strikes.

Parrikar once said, "We don’t itch for a fight, but if someone looks at the country with an evil eye, we will gouge his eyes out and put them in his hand." This ideology was paraphrased in the movie: "Yeh naya Hindustan hai. Yeh ghar mein ghusega bhi aur maarega bhi" – literally, this is a new India. It will enter their house and kill them. This concept of 'new India' resonates intellectually and culturally with the youth of India today.

Afraid to have a political opinion

A month after Uri came "Gully Boy". A well-crafted film, "Gully Boy" casts Ranveer Singh in the lead, who plays the life and struggles of an aspiring rapper from the gullies (or gutters, in this case, the slums) of Mumbai. Music plays an essential part in the film and one of the soundtracks, 'Azadi', was snipped and edited.

The original version of the song had a verse, which corresponded to student protests and anti-government criticism. During the promotion of "Gully Boy", Singh was asked about the underlying political message in the song 'Azadi', but dismissed it with a casual nod, saying he is 'apolitical'.

This probably explains why Singh has no problem with censorship on Gully Boy’s soundtrack or taking selfies with Modi just a few weeks before. Or maybe our young celebrities are just too afraid to have a political opinion.

With so many of India’s cultural youth icons subtly propagating nationalist feelings, it is not difficult to see the rise of political interference in culture in the country.

"There is no democracy without dissent," wrote the 49 celebrities in their letter to prime minister Modi. This is true of India in every respect.

At the end of every year, the team at Qantara.de gives you a run-down of the ten most-read articles on the site over the past 12 months. Here is a quick overview of the stories ... END_OF_DOCUMENT_TOKEN_TO_BE_REPLACED

COP27 in Sharm el-Sheikh is turning into a PR disaster for Egypt’s military regime. Instead of praise for the host, the news is full of solidarity for imprisoned activist Alaa ... END_OF_DOCUMENT_TOKEN_TO_BE_REPLACED

India is projected to see an explosion in its urban population in the coming decades, but its cities already cannot cope and climate change will make living conditions harsher ... END_OF_DOCUMENT_TOKEN_TO_BE_REPLACED

Indian Americans from diverse faith backgrounds have peacefully co-existed stateside for several decades. But events in the U.S. – and violent confrontations between some Hindus ... END_OF_DOCUMENT_TOKEN_TO_BE_REPLACED
Author:
Amrita Das
Date:
Mail:
Send via mail

END_OF_DOCUMENT_TOKEN_TO_BE_REPLACED
Social media
and networks
Subscribe to our
newsletter