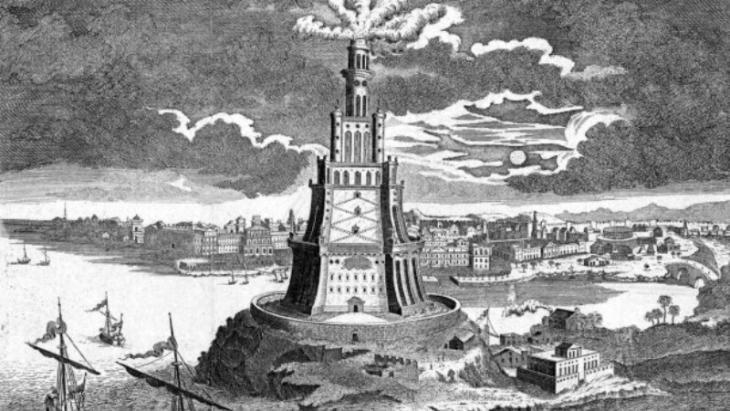 Culture policy in Egypt
The soothing power of culture

Egypt's new minister of culture sees mega-projects as a means to combat religious radicalism. There are even plans to rebuild the legendary Lighthouse of Alexandria. By Joseph Croitoru

The political upheavals in Egypt since the 2011 revolution have also left their mark on the Ministry of Culture. No less than seven ministers of culture have come and gone even before the latest cabinet reshuffle in March. Almost every one of them announced the start of a new cultural beginning. Even Abdel Wahed al-Nabawi, the latest and eighth head of the ministry since the revolution, does not tire of proclaiming the same message.

Similarly, al-Nabawi's battle cry upon assuming office is nothing new. Like his two direct predecessors, who had links to both the old Mubarak regime and the new military regime, Nabawi also declared war on terrorism upon taking office, saying that Egypt is at war and that culture must serve on the frontline.

As for his qualifications for the post of minister of culture, the historian can also rely on his image as a victim of the short-lived rule of the Muslim Brotherhood, the overthrow of which serves as a source of legitimacy for the "June Revolution" of 2013 – which is generally referred to abroad as a military coup – for the current regime led by former head of the army, Abdul Fattah al-Sisi. Under the former President Mohammed Morsi, who has since been sentenced to death, al-Nabawi was fired from his job as head of the national archive.

He is said to have refused to hand over to the Muslim Brotherhood sealed state files concerning Hassan al-Banna, the founder of the brotherhood. It seems all the more symbolic that al-Nabawi, in his role as minister of culture, officially opened the new seat of the national archive in the Cairo district of Fustat in early May. The financing of the five-story building, equipped with the latest technology and featuring a modern and distinctive curved facade, was primarily provided by Sultan bin Muhammad al-Qasimi, ruler of the Emirate of Sharjah, who also flew in for the opening ceremony. 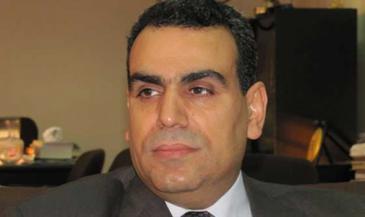 According to Joseph Croitoru, Egypt's eighth minister of culture since the uprising in 2011, Abdel Wahed al-Nabawi (pictured here), declared war on terrorism when he took office, saying that Egypt is at war and that culture must serve on the frontline

"The dawn of a new world"

A publication by the Ministry of Culture praises the project as "the dawn of a new world." A portrait of President Sisi adorns the cover. In subsequent pages, Minister of Culture Al-Nabawi stylises the Egyptians as a nation with a particularly pronounced archival culture, dating back to the time of the pharaohs. According to the text, the project aims to propel the country into a new age and once again let its civilisation shine for the whole world to see.

Of course, there is no reference to the fact that Egyptian intellectuals have been denied free access to state documents for years and there is only casual reference to a planned new archival law. In any event, the new head of the archive, Nifin Mahmud (who wears a headscarf), appealed to the grace of Allah and recalled Egypt's leading role in the Arab world, also in the field of education.

The fact that the donor, who has ruled the Emirate of Sharjah since 1972, received a copy of Egyptian archival files on his emirate as a sign of gratitude, is meant to highlight the special bond between the two countries, a bond that is also manifested in their fight against radical Islamic terrorism.

In addition to financing many other cultural and building projects, Emir Al-Qasimi has been responsible for the construction of 25 mosques honouring the memory of the "Martyrs of the Massacre of Rafah", the term the country officially uses to describe the terrorist attack of 2012 in Sinai in which a number of Egyptian soldiers were killed.

Solidarity with Sharjah, however, is also characteristic of the political ideas that are dictating the course of Cairo's increasingly intermeshed cultural and religious policies. The predominant idea is that of Islamic conservatism, which also counts President Al-Sisi as one of its proponents. The Muslim Brotherhood and, in particular, Salafists, which were able to operate with relative freedom under Mubarak, have now been declared a serious danger to the state. The official line is that containment of these movements also requires a contribution by the country's religious establishment. 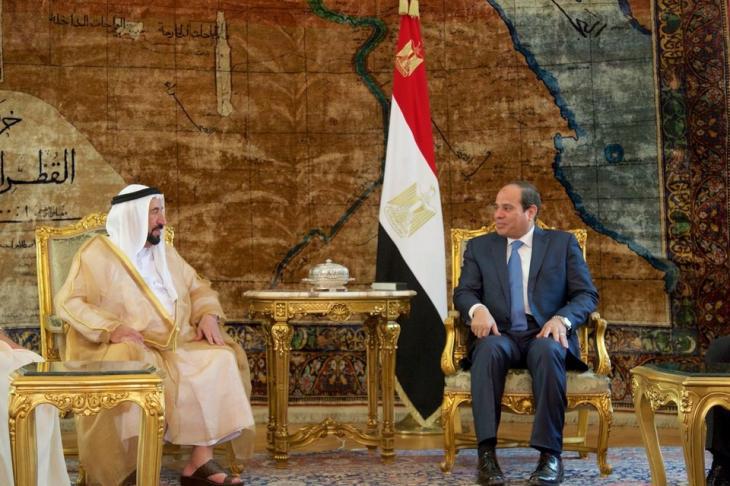 "In addition to financing many other cultural and building projects, Emir Al-Qasimi has been responsible for the construction of 25 mosques honouring the memory of the 'Martyrs of the Massacre of Rafah', the term the country officially uses to describe the terrorist attack of 2012 in Sinai in which a number of Egyptian soldiers were killed," writes Joseph Croitoru

An arbitrary mix of ideologies

In point of fact, bureaucrats responsible for religious affairs as well as those involved with culture have been exceptionally co-operative in the implementation of the measures demanded by the president for "moderation in religious discourse". Under this motto, a high-profile and widely reported conference organised by the Ministry of Awqaf of Egypt was held in Cairo at the end of May. As Minister of Culture, Al-Nabawi was also present and addressed delegates.

The new, tighter discipline among Egypt's legal scholars harks back to the time of secular pan-Arabism. Both then and now, there has been a recourse to political motifs from ancient Egypt and antiquity as a whole, while at the same time the country is presented as a leading and modernising Arab power.

A relatively new element to this ideological mix, however, is the claim that nineteenth-century Egypt was a classic example of modernisation. It would certainly never have occurred to the revolutionary generals around Gamal Abdel Nasser – who drove Farouk I, the last of the Khedive rulers, out of the country in 1952 – to take the cultural achievements of Khedive Ismail Pasha (1830–1895) as a model.

Yet recently, there has been talk of restoring one of the legacies of the Europe-friendly Ismail Pasha, namely the long-neglected network of Cairo streets and their facades, which were inspired by European historicism. This is but one of the new minister's many mega-projects. The most spectacular of these, however, is his plan for the historical reconstruction of the legendary Lighthouse of Alexandria, one of the seven wonders of the ancient world.

The cultural offensive on the Nile does not only have high aspirations, but is also remarkable in terms of its breadth. For example, the hope is that the planned renovation and revival of communal cultural facilities will result in a greater enthusiasm for culture among as many Egyptians as possible.

With great patriotic pathos, the minister has extolled the "soothing power" of the arts as a means of combating radicalism. This stance has earned him the approval of a growing number of Egyptians involved in the arts. Nonetheless, there are also complaints about increased censorship, which in the age-old Egyptian tradition is directed at critics of the regime and works of supposed immorality.

Home
Print
Newsletter
More on this topic
Culture and censorship in Egypt: Cairo's guardians of moralityArt and revolution in the Arab world in 2015: Struggling against the restoration of "order"Relations between Saudi Arabia and Egypt: Conditional supportTerrorism and repression in the Arab world: On Islam, anti-terrorism and fascism
Related Topics
Abdul Fattah al-Sisi, Art, Democracy and civil society, Dialogue of Cultures | Intercultural Dialogue, Muslim Brotherhood, Pan-Arabism | Arab Nationalism
All Topics

In Doha, Arabs from Morocco, Tunisia, Egypt and Algeria are gathering to celebrate the first ever FIFA World Cup to be held on Arab soil. The criticism from Europe? Over the top, ... END_OF_DOCUMENT_TOKEN_TO_BE_REPLACED

November 2022 sees the Arab world firmly in the spotlight with the COP27 in Egypt and the FIFA World Cup in Qatar. Public trust in MENA governments is weak, thanks to their ... END_OF_DOCUMENT_TOKEN_TO_BE_REPLACED

Palme d’Or winner "Boy from Heaven" is a classic crossover film in which cultural elements are mixed together in haphazard and random fashion. Shady Lewis Botros bemoans the ... END_OF_DOCUMENT_TOKEN_TO_BE_REPLACED

COP27 in Sharm el-Sheikh is turning into a PR disaster for Egypt’s military regime. Instead of praise for the host, the news is full of solidarity for imprisoned activist Alaa ... END_OF_DOCUMENT_TOKEN_TO_BE_REPLACED

END_OF_DOCUMENT_TOKEN_TO_BE_REPLACED
Social media
and networks
Subscribe to our
newsletter