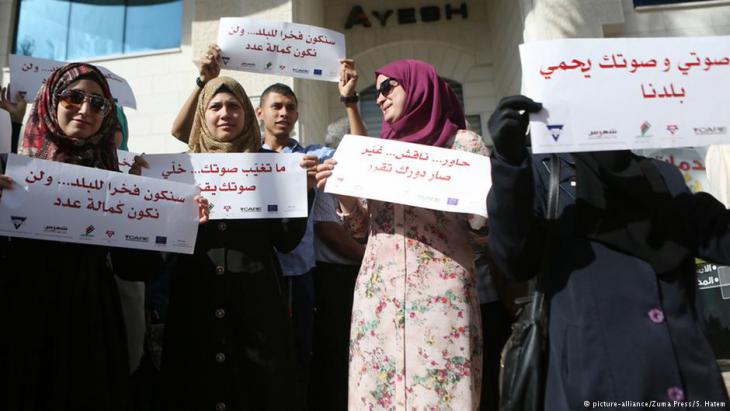 Palestinians who hoped municipal elections would eventually pave the way to overdue national ones voice criticism about decisions that led to their postponement. By Ylenia Gostoli

The designated date for Palestinians in the West Bank and Gaza to head to the polls to elect their local municipal representatives was to have been 8 October. Palestinians had speculated that the elections, the first in a decade to be held in both Palestinian Territories, could be a stepping-stone towards ending the political division between the West Bank and Gaza – with Fatah dominating the Palestinian Authority in control of the West Bank, and the Islamist Hamas de-facto ruling the Strip. There had been hope they would eventually pave the way to overdue national elections.

But when the Palestinian High Court of Justice suspended the process in mid-September, hopes began to fade.

The Palestinian High Court heard a number of appeals regarding the exclusion of Jerusalem from the electoral process and the legitimacy of Gaza courts tasked with evaluating the existence of appropriate conditions to hold the elections. Last Monday, the High Court in Ramallah ruled in favour of holding the elections, but only in the West Bank. The decision caused a backlash, with Hamas criticising it as "deeply politicised" and accusing Fatah of being behind it.

The Central Elections Commission (CEC), an independent body tasked with overseeing the electoral process, recommended the elections be postponed for six months in order to re-organise, stating that excluding Gaza would only deepen the Palestinian political split and worsen the situation. Palestinian Prime Minister Rami Hamdallah later announced the PA had decided to follow the CEC′s recommendation. 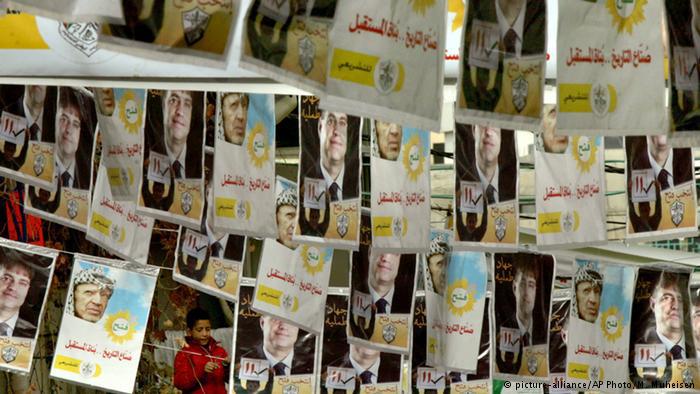 Politically at odds: the last election held in both Palestinian territories was the 2006 general election that saw Hamas win a landslide majority, prompting international condemnation and sparking a rift between Hamas and Fatah factions in Gaza that led to bloodshed and the current division

Hamas boycotted the last local elections, held in 2012 in the West Bank only. According to the Palestinian Basic Law, president Mahmoud Abbas′ 4-year term in office ended in 2009, but no elections have been held since then.

Fatah and Hamas have been blaming each other for the stalled electoral process. While Fatah points to irregularities with the disqualification of Fatah lists by Hamas courts in Gaza, Hamas claims the Ramallah High Court′s decision to suspend the elections was politically motivated and aimed at avoiding defeat. According to a recent poll, more than 60 percent of Palestinians disagree with the suspension ordered by the High Court.

Candidate lists were announced in early September: 787 in the West Bank and 87 in Gaza. Smaller leftist parties had decided to run for the first time on a united ticket, making it the third force expected to pass the 8 percent electoral threshold and to get municipality seats.

At Birzeit University near Ramallah in the West Bank, the long-standing democratic deficit appears to have left a generation of young people with little to hope for from their political leaders.

″They are only working for themselves,″ said Maria Hreish, 20, a 3rd year marketing student from Ramallah. ″I think things would stay the same, whoever wins the elections. We′re under occupation anyway.″

″We do need change, but the government is not helping,″ commented another student, Marah Soufan, 20. ″Elections would help of course, but the government doesn′t want change to happen,″ she added. Each year, students here keenly elect their representatives at the student council elections, sometimes hailed as the ″last stronghold″ of Palestinian politics. 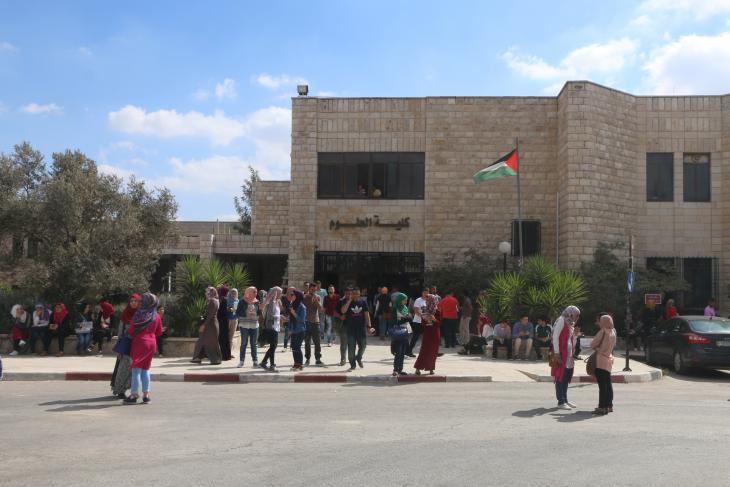 The apathy among some young people is palpable: ″they are only working for themselves,″ said Maria Hreish, 20, a 3rd year marketing student from Ramallah. ″I think things would stay the same, whoever wins the elections. We′re under occupation anyway″

″We vote in the students′ elections every year,″ said Soufan and fellow student Manar Abu Shaban, 20, who added she had not intended to vote in the municipal elections. ″[Student leaders] will represent us. I feel it′s important to choose who represents me.″

In Gaza, 25-year-old law graduate Murad Abu Ghula had been hopeful these local elections would pave the way for national elections and overcoming the political division.

″After ten years, what you have is four to five generations that have never seen elections. Whether as candidates or voters, I think people felt excited and motivated,″ Abu Ghula told Qantara. While at university, he took part in a UNDP-run programme that saw youth elect their own representatives with the aim of establishing a direct dialogue with the Palestinian Legislative Council.

″I was very disappointed when I heard the news [of the suspension],″ Abu Ghula admitted. ″It was as if the light at the end of the tunnel disappeared. Local elections may be not as important as the legislative and presidential elections, but it was a step in this direction. It was nothing more than an analgesic,″ he added.

Also in Gaza, 33-year-old Hekmat Al Massri, an activist and youth worker, had wanted to run for a seat in the local municipality of Beit Hanoun with an independent list that was named ″Youth for Development″. Despite not being able to register as a candidate for administrative reasons, he had been enthusiastic about the prospect of seeking an alternative and stayed on as the list′s spokesperson.

″We want to break the siege in the decision-making circle. It′s time for a change. Politics does not belong just to Hamas and Fatah,″ Al Massri said of the ″experiment,″ as he called it. 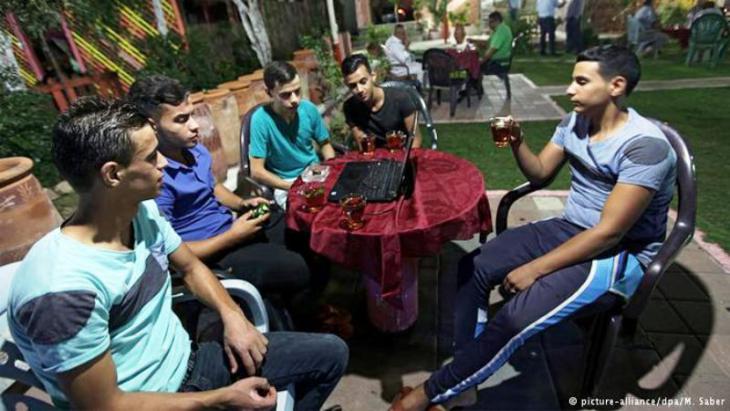 The waiting game: ″After ten years, what you have is four to five generations that have never seen elections,″ said Abu Ghula, who took part in a UNDP-run programme while at university that saw youth elect their own representatives with the aim of establishing a direct dialogue with the Palestinian Legislative Council. ″Whether as candidates or voters, I think people felt excited and motivated″

″Local elections should be a given″

Close observers were overtaken by scepticism, however, the moment deep-seated divisions in the Fatah movement came to the fore, after a man suspected of being the ringleader of a gun battle in Nablus that led to the killing of two PA (Palestinian Authority) policemen was beaten to death in police custody. His funeral turned into a protest by the Fatah movement against PA leaders. Elections in the city were postponed.

″We expected this when we were following the situation in Nablus. And then even more so when the Central Elections Commission released the candidate lists, cancelling five Fatah lists instead of disqualifying individual candidates," said Khalil Shaheen, director of the Economic and Social Rights Unit at PCHR, the Palestinian Centre for Human Rights, which has been monitoring the electoral process.

The group also expressed concern about the High Court′s decision to suspend the electoral process and criticised the Gaza courts′ rulings, which essentially disqualified Fatah from competing in 10 out of 25 races in Gaza.

″I think it′s a disgrace that we have reached this point of exploiting the judicial system for political ends,″ said Sam Bahour, a businessman, tech entrepreneur and political blogger. ″Local elections should be a given, it should not even be a huge news story. [Palestinians] should simply be able to elect their local representatives.″

When it comes to talent, Palestine may well be able to compete with other football teams in the region, but growth and development are hampered by the situation in the Palestinian ... END_OF_DOCUMENT_TOKEN_TO_BE_REPLACED

As someone accustomed to presenting his country to interested outsiders, Israeli teacher and tour guide Noam Yatsiv makes the case for a more nuanced appreciation of the ... END_OF_DOCUMENT_TOKEN_TO_BE_REPLACED 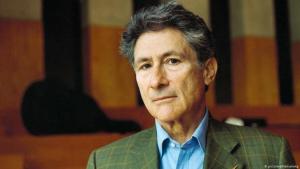 Covering Edward Said – 40 years of Islam, media and the West

Author and columnist Nesrine Malik explores the legacy of Edward Said's "Covering Islam", published forty years ago – and his views on the relationship between Islam and the media. END_OF_DOCUMENT_TOKEN_TO_BE_REPLACED

An unusual organisation brings Jews and Muslims together to fight hate and promote dialogue. In the small central German city of Marburg they have been jointly calling for an end ... END_OF_DOCUMENT_TOKEN_TO_BE_REPLACED

Professor Timothy Brennan's "Places of Mind: A Life of Edward Said" is a detailed biography of one of the most important intellectuals of the twentieth century, taking us on a ... END_OF_DOCUMENT_TOKEN_TO_BE_REPLACED

END_OF_DOCUMENT_TOKEN_TO_BE_REPLACED
Social media
and networks
Subscribe to our
newsletter