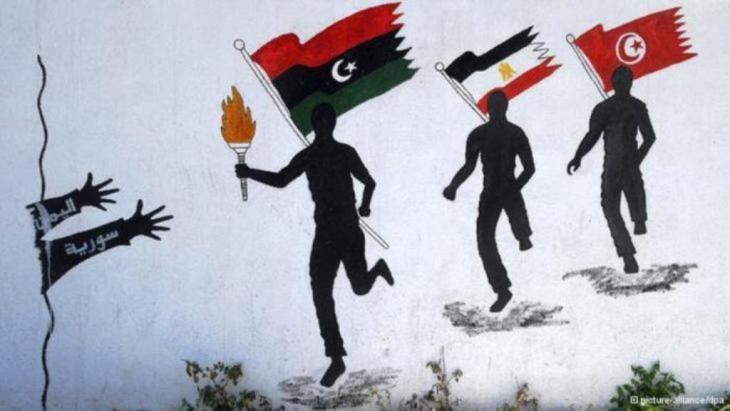 Arab Nations Are No Longer Onlookers

﻿In the view of Paul Salem, Director of the Carnegie Middle East Center in Beirut, Arab nations are assuming a leading role in the promotion of democratisation. They are no longer, as has been the case in past decades, just looking on from afar

The Arab Spring movement may well have caught governments in the region completely off-guard, but actually it was to be expected that the global wave of democratisation would at some point have to reach the Arab world. After all, over the past 200 years democracy has found a home in all parts of the world, a fact that calls for a brief outline of the many different experiences of the process of democratisation. What kind of conditions have fostered that process, and which have hindered it?

In the modern age, democracy spread periodically in waves, exactly as it has just done in the Arab world. The first wave came on the heels of the French Revolution, when an entire era of democratisation began in both Europe and America in the 19th century, in particular after the "European Spring" of 1848. In the early 1920s, there were already 29 established democracies worldwide.

But the rise of Communism and Fascism pushed this wave back to the extent that in 1942, only 12 democratic countries remained.

Japan, India and several recently decolonised nations were then gripped by a second wave of democratisation after World War Two, in parallel with the re-democratisation of western Europe. This brought the number of democratic countries worldwide back up to 36.

​​Over and above this national cohesion, a stable democracy also requires a legacy of constitutional traditions, elected state authorities, political pluralism, a functioning bureaucracy, institutionalised state control, a vibrant civil society, an independent judiciary, a free press and institutions of an economy that is free and at the same time regulated by law. In countries where many of these prerequisites were already in place, the democratic transition process occurred with greater smoothness than in countries without such a foundation.

For example, during the last few years of Franco's rule, many of the above-mentioned conditions were already in place in Spain, which meant that upon his death real political power could be handed over to an elected leader. In Ceausescu's Rumania, on the other hand, when the dictator was ousted no comparable structures were existent. In the contemporary Arab world, Egypt and Tunisia provide a wide range of these requisite factors, while in Libya this is not the case at all.

Thirdly: The way that the former regime is toppled and how democratic change is initiated is also significant. If this change comes about as the result of an internal governmental decision (as in the case of Brazil, Portugal, Spain and Greece), the transition is usually smoother and more durable.

With the Arab Spring, while we may not have experienced this exactly, it was nevertheless something similar. When the uprisings began in Egypt and Tunisia, the armies of both nations quickly realised that it would be a timely and advantageous move to clear away the dictatorship in order to themselves become a part of the transformation process instead of being bulldozed by it.

Although this on the one hand guarantees a certain degree of security and stability, on the other there is a risk that democratic change is itself under threat because the military insists on its own share of political power and could resist democratic control.

Global experience also shows that in the cases where change is brought about by popular rebellion, much depends on whether the revolts were peaceful or armed, and whether the revolutionaries were united or very divided. 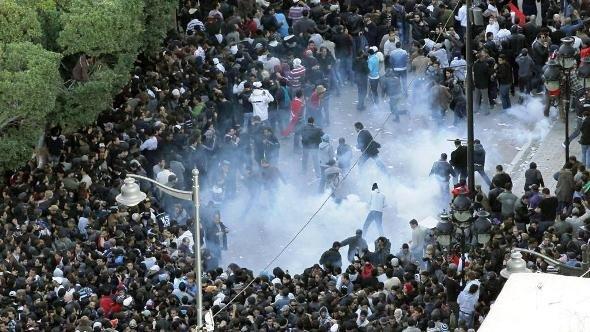 "The Arab Spring has shown that the fight for political and social rights is not an artificially constructed, western concept, but that it is an integral element of the natural course of the history of humanity." Pictured: Protests in Tunisia on 14 January 2011

​​In instances of peaceful coups such as those that took place in most Latin American countries, in eastern Europe and The Philippines, the resulting democratisation process was more sustainable, in as far as the state monopoly on control remained intact thereby keeping violence out of political life. In cases on the other hand where change was forced by armed conflict, such as in Costa Rica, Bolivia or in Castro's Cuba, this meant that the new ruling elites had to rely entirely on armed force to hold on to power.

This is not inevitable, but with respect to Libya where the rebellion was armed, and also Syria, where the opposition may well see itself forced to take up arms, all alarm bells should at least be ringing. And where the uprising is both armed and divided, as in contemporary Iraq, the risks are of course particularly great.

Fourthly: Experience of democratisation worldwide also shows that the success or failure of significant milestones of democratic transition, such as for example the setting down of a new constitution or the conduction of free, fair elections, is of especially prominent importance.

Experience shows that the mechanisms leading to changes in an existing constitution or the drafting of a new one, are almost as relevant as their content. In the case of a change this means in concrete terms that even the best constitutions do not enjoy legitimacy and can therefore not fulfil their role as the policy document ordering political life if they do not emerge as the result of comprehensive consultations, consensual action and broad public acceptance.

As far as content is concerned it can be determined that during the first period following the immediate transitional phase, most countries opt for non-presidential type parliamentary systems. This was for example the case in most of the nations of central and eastern Europe navigating their way out of communist totalitarianism into democracy. 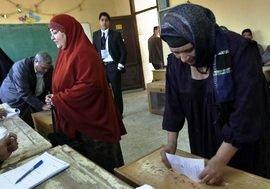 Elections as indicator of democratic change: In Egypt, the first free parliamentary elections for decades took place in late November 2011

​​It is also essentially due to the fact that a parliamentary system gives most parties a sense of being integrated and respected, while the danger of renewed power concentration exists within a presidential system so that in the end many parties feel that they are again being excluded and marginalised. This is not to say that presidential systems are not at all disposed to fostering transformation processes, but in order to do this they must undertake special efforts to include a wide variety of parties in governmental responsibility.

As far as elections are concerned, past experience shows that the concrete execution of polls is just as important as the electoral system itself. For example it is not uncommon that elections per se are nothing new for the nation concerned – many autocratic governments in the Arab world and elsewhere repeatedly held elections. The significance of these new elections however now lies in the fact that they must take place under the supervision of a neutral, reliable authority, be based on correct electoral rolls and produce transparently accountable results.

As to the electoral system itself, it should be noted that most post-transitional nations have given preference to proportional representation over majority voting. In these cases the respective societies were not able to organise themselves politically in the past, whereas for decades the former regimes were able to consolidate their power and support base through patron-client-style relationships.

In a situation such as this, a system of proportional representation initially facilitates the full development of political life and furthermore integrates society much more extensively in the institutions of the new democratic state.

In brief summary, no quick fix solutions or magic formulas for the transition from autocracy to democracy can be derived from the global experience. What this experience does however is underline the importance of national cohesion, the development of political, civil, medial and economic institutions as well as the shrewd mastering of the challenges raised by the constitution, the elections and the dangers associated with political power propped up by armed force.

But the history of democratic developments worldwide leaves us with the confident hope that the winds of change do in actual fact blow in the ways that our people wish them to. It follows that people will measure their own lives against the experiences of others and learn from these where appropriate.

It should make us proud that today, our Arab nations are assuming a leading role in the promotion of further democratisation and respect for human rights and that they are no longer, as has been the case in past decades, just looking on from afar.

Why are predominantly Muslim countries lagging behind when it comes to democracy and human rights? Dutch sociologist Ruud Koopmans uses a lot of figures to underpin his theory ... END_OF_DOCUMENT_TOKEN_TO_BE_REPLACED

Egypt's former long-term president is dead. His ailing political and economic legacy is now in the hands of the country's present-day authoritarian rulers. An obituary from Cairo ... END_OF_DOCUMENT_TOKEN_TO_BE_REPLACED

The past enthusiasm of the Egyptians lives on in the Iraqis of today. But just as they were nine years ago in Cairo, current prospects in Baghdad are dim. A comparison by Birgit ... END_OF_DOCUMENT_TOKEN_TO_BE_REPLACED

Insults directed against Egyptian President Abdul Fattah al-Sisi have been particularly prominent among the hundreds of chants by Arab protestors in Algeria, Sudan, Iraq and ... END_OF_DOCUMENT_TOKEN_TO_BE_REPLACED

Political analyst Taqadum al-Khatib argues that Egypt can, in co-ordination with its European partners, develop a common vision to solve the complex conflict in Libya. For this to ... END_OF_DOCUMENT_TOKEN_TO_BE_REPLACED
Author:
Paul Salem
Date:
Mail:
Send via mail

END_OF_DOCUMENT_TOKEN_TO_BE_REPLACED
Social media
and networks
Subscribe to our
newsletter