Despite 'fatigue', donors pledge another $6.7 billion for Syria, neighbours 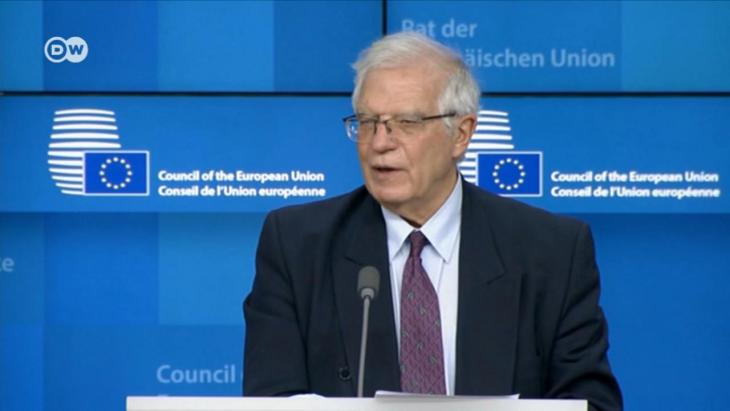 An international donor conference raised $6.7 billion for Syria and its neighbours on Tuesday despite what the European Union's foreign policy chief said was "a certain fatigue" with the conflict there, now its 12th year.

The pledges, which aim to help reach the United Nations target of $10.5 billion in 2022, were made at a gathering of 55 countries in Brussels that excluded Russia because of its invasion of Ukraine. Moscow calls its actions in Ukraine a "special military operation".

Of the total raised on Tuesday, $6.1 billion is specifically for refugees, asylum seekers and stateless people, the largest budget request since the refugee plan began in 2015.

"We are not forgetting the Syrian people and the situation in Syria," EU top diplomat Josep Borrell said. "Certainly Syria and the suffering of its people might not be at the centre of the news anymore. There's a certain fatigue after 11 years."

What started as peaceful protests against President Bashar al Assad's rule in Syria in 2011 spiralled into a multi-sided conflict sucking in Russia, Iran, Turkey and other countries, killing as many as half a million people.

Borrell said almost all Syrians now live in poverty. According to the United Nations, more than 6.9 million people have fled their homes inside the country, and over 6.5 million remain outside Syria, of whom 5.7 million are refugees in the region, still being hosted by neighbours.

Turkey, Lebanon, Jordan, Iraq and Egypt will also benefit from the humanitarian assistance, which is not designed to rebuild Syria.

Borrell said Russia was not wanted at the conference, which has become an annual event to raise funds and was previously held in London and Kuwait, as well as Brussels.

"Russia has not been invited because we are inviting those partners who have a genuine, real interest to contribute to peace in the world," he said.

"The U.S. and the European Union, along with many other partners, will continue sending a clear message of rejection of the Russian military aggression against Ukraine in all international fora," Borrell told a news conference.

Moscow calls its actions since 24 February a "special military operation" to disarm Ukraine and rid it of anti-Russian nationalism fomented by the West. Ukraine and the West say Russia launched an unprovoked war.    (Reuters)

END_OF_DOCUMENT_TOKEN_TO_BE_REPLACED
Social media
and networks
Subscribe to our
newsletter