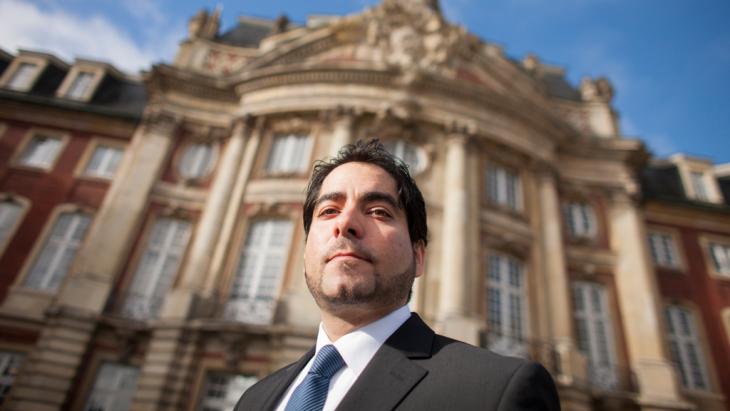 Dispute about Prof Mouhanad Khorchide
A conflict of many layers

The dispute about Mouhanad Khorchide, director of the Centre for Islamic Theology at the University of Münster, is heating up. Although the conflict is ostensibly about the "correct" interpretation of Islam, it is also an attempt by the Islamic associations in Germany to make a show of strength to politicians. The dispute has dire consequences for the discipline of Islamic theology, which is still in its infancy in Germany. By Canan Topçu

It would have been a good opportunity to delve into content-related questions. After all, the theme of the conference provided a fitting context: "Islam in Germany – Challenges in Establishing an Islamic Theology" was the title of an event to which the Schura Hamburg and the Islamic Centre Hamburg invited guests last Sunday week.

The panel was to include Professor Mouhanad Khorchide and representatives of the Islamic associations in Germany. However, the officials from the associations failed to show up because they did not want to appear on the same podium as Khorchide. This demonstrative absence once more shows how complicated the Khorchide case has become.

Even though the dispute about the director of the Centre for Islamic Theology at the University of Münster is being played out primarily in the media, outsiders find it hard to find out what the dispute is actually about. 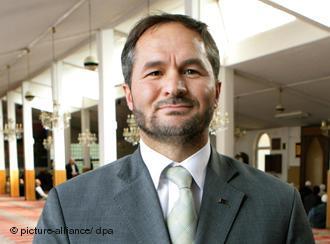 Bekir Alboga, spokesman for the Coordination Council of Muslims in Germany, has expressed concern about Mouhanad Khorchide's liberal views on Islam

In addition, not only are aspersions being cast on Khorchide's theological competence and academic credentials, his scholarly approach is also coming under fire. "To start with, we need to develop a good, solid theology at the universities. On this sound basis, opinions can then collide", said Bekir Alboga of the DITIB, one of the largest Muslim organisations in Germany, in a recent television interview.

Alboga views Khorchide not as a theologian but as a sociologist. This is significant because Alboga is also the current spokesman for the Coordination Council of Muslims in Germany, an umbrella group of Muslim associations in Germany set up so that Muslims can speak with one voice to the German government, as the Catholic and Protestant Churches already do there.

But why have these organisations waited until now to challenge Khorchide's qualifications, four years after his appointment to a German university? Why are they now suddenly objecting to Khorchide's theological teachings, more than a year after the publication of his book "Islam ist Barmherzigkeit" (Islam Is Compassion)? And above all, why are the academics in the Islamic centres remaining silent rather than defending their colleague against the accusations of the Coordination Council of Muslims in Germany, leaving this task to Christian theologians instead?

Answers to these questions are only ventured, if at all, in whispers. While some academics simply do not respond at all to inquiries, others will only comment if their anonymity is guaranteed. For some of them, the fear of falling out of favour with the associations is simply too great.

The majority of university lecturers in this field only have temporary positions and do not want to put their academic careers at risk by taking a stand on the Khorchide issue. But word has it that many are also remaining silent "because they themselves are not theologians of Islam". A young scholar sums it up succinctly: "People who live in glass houses shouldn't throw stones."

There are several aspects to the Khorchide dispute. There are the Islamic associations, which want to demonstrate their political weight at the expense of the professor. "The associations have succumbed to megalomania and want to be treated like the Catholic Church", explains the young academic, adding that politicians have thus far only encouraged them by granting them more importance than they deserve.

Although association representatives have claimed that Khorchide's Koran exegesis is contrary to the views of Muslims in Germany, this is not really the case. "There are many, many Muslims who welcome Khorchide's image of a compassionate God," says the anonymous academic.

Not a revolutionary approach

Academics have often said that Khorchide's approach is not really as revolutionary as mainstream society makes it out to be and that it is, in fact, also espoused by Islamic theologians such as Ömer Özsoy at the University of Frankfurt. The difference is, however, that Özsoy does not have a high media profile.

Even those who do not take issue with his theology think that Khorchide has overdone it with his media presence. His high profile in the media and his interpretation of the Koran are a thorn in the side for some.

"Whether you are an employee of a university in Germany or anywhere else in the world, you have to conduct yourself like a scholar, not like a media star. Absolute requirements for teaching Islamic theology are the corresponding qualifications – such as a completed degree, doctorate and post-doc work. Scholars with a solid education are notable for their modesty", explains Ibrahim Salama, research associate at the Institute for Islamic Theology at the University of Osnabrück, summing up in one sentence what Khorchide's critics at the centres of Islamic theology think, but do not say in public. Salama is one of the few to speak out. 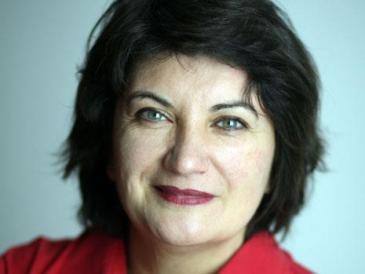 Canan Topçu was born in Turkey, but has lived in Germany since the age of eight. She studied history and literature in Hanover and worked for the daily newspaper "Frankfurter Rundschau" for 13 years. As a freelance journalist, presenter, and speaker, she focuses on themes relating to integration, migration and Islam

The fact that Christian theologians have come out in support of Khorchide only confirms the assumption held by Salama and other critics that Khorchide is trying to curry favour with Christians.

Khorchide has now said that people are conspiring against him. He was recently accused of plagiarism by Abdel-Hakim Ourgh, director of studies in Islamic Theology and Religious Education at the University of Education in Freiburg. Ourgh claimed that Khorchide has appropriated the ideas of the Syrian author Muhammad Sharour.

The Heidelberg scholar of Islam and Sharour expert Thomas Amberg promptly responded to these allegations, asserting that, in view of the diffuse and unconvincing arguments, the accusation could be judged as "nothing but ill will". "Substantive resemblances between Khorchide and Sharour consist solely of the fact that their concerns are similar." Khorchide is no longer willing to put up with this defamation of character and has announced that he will take legal action.

But back to the opening question: what is the Khorchide case really all about? Is it about the professor's theological stance or his academic position?

Professor Bülent Ucar in Osnabrück endorses a conservative Islamic theology and thus one more congenial to the associations. Even though he has withheld commentary on the Khorchide issue thus far, his institute invited Aiman Mazyek of the Central Council of Muslims in mid-January to speak on the "Expectations of Muslim Religious Communities Regarding an Islamic Theology in Germany", which can be interpreted as being targeted against Khorchide.

The management of the University of Münster is backing Khorchide. It has said that it stands "unequivocally" behind Professor Khorchide and that all accusations and criticisms of him are untenable. It has also pointed out that as director of the institute, Khorchide is only doing his job by conducting a theological debate.

Giessen, Eichsfeld, Kusel, Berlin – cars bearing old German number plates are the latest trend on the streets of Cairo. Many Egyptians regard the discarded plates as chic. What ... END_OF_DOCUMENT_TOKEN_TO_BE_REPLACED

Tunisia has been going through a severe economic and political crisis in recent years. More than one in three young people there are unemployed. For many skilled, qualified and ... END_OF_DOCUMENT_TOKEN_TO_BE_REPLACED

German imams have publicly expressed their solidarity with the women of Afghanistan. In a letter of protest, the clerics say that the Taliban regime's decree barring women from ... END_OF_DOCUMENT_TOKEN_TO_BE_REPLACED

At the end of every year, the team at Qantara.de gives you a run-down of the ten most-read articles on the site over the past 12 months. Here is a quick overview of the stories ... END_OF_DOCUMENT_TOKEN_TO_BE_REPLACED

Social engagement is often motivated by religious factors. A new book explores the background to these community efforts and appraises how effective they are in helping to ... END_OF_DOCUMENT_TOKEN_TO_BE_REPLACED

The government in the Netherlands, one of the last European nations to abolish slavery, has made an historic apology. But some feel that there is still a long way to go. By Ella ... END_OF_DOCUMENT_TOKEN_TO_BE_REPLACED
Author:
Canan Topçu
Date:
Mail:
Send via mail

END_OF_DOCUMENT_TOKEN_TO_BE_REPLACED
Social media
and networks
Subscribe to our
newsletter