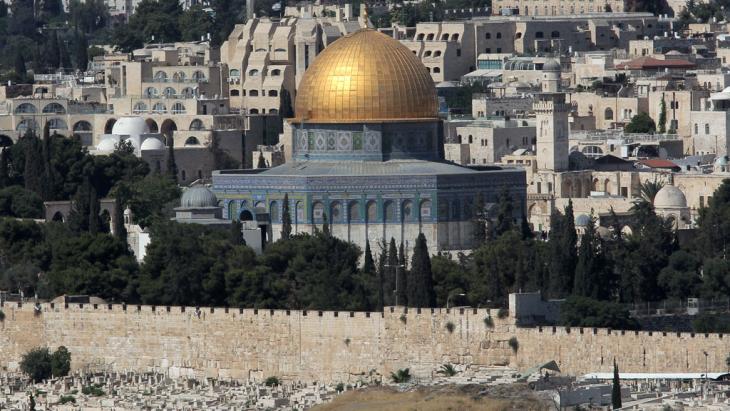 Strife at the foot of the Temple Mount

In East Jerusalem, a planned archaeological museum, which has already been approved by the building authorities, is causing controversy. The seven-story building is to be constructed on the outskirts of the Palestinian district of Silwan and only 20 metres away from the south wall of Jerusalem's Old City. By Joseph Croitoru

The planned and approved building will be connected by a tunnel to the City of David, an Israeli archaeological excavation site directly alongside. It will also serve as the City of David's visitor and administration centre, car park, and entrance. A road dating back to the time of King Herod and now situated underground is also to be the link connecting the site to the tunnel system under the Wailing Wall.

For many years, the excavation work and the presentation of the finds from the City of David, both of which are funded by the Elad Foundation, an organisation with close ties to right-wing settler groups, have been fraught with controversy.

Israeli archeologists accuse Elad of not maintaining sufficiently high academic standards in its excavation work. They also claim that the interpretation of the archeological discoveries adheres too closely to the biblical narrative and is politically motivated. Moreover, they claim that the excavations are endangering the houses of the district's Palestinian residents, who themselves are denied building rights, while the foundation has used its influence to move increasing numbers of militant Jewish settlers into the area.

The Elad Foundation is also behind the planned museum and its 16,000 square metres of exhibition space, where the on-site finds will form part of an exhibition. Since 2005, Elad has been financing rescue excavations on the site of a former car park and has justified the work on the grounds that an underground garage was to be built here.

In light of the abundance of archaeological discoveries, a plan emerged to maintain the site as a tourist attraction. Digs have brought to light artefacts primarily from the Byzantine, Roman, and early Islamic eras.

Broken pottery with fragments of a Hebrew inscription from the early Islamic period was discovered. However, because it could not be reconstructed, the find could not be used to prove that Jews settled here under the rule of Caliph Umar ibn al-Khattab (634–644). Nor is there evidence to support the assertion that a shaft from Roman times could have served as a hiding place for Jewish rebels. Architectural remains from the Iron Age are of uncertain origin and cannot, similarly, be classified as Jewish.

Probably the most important discovery made during the excavations concerns the Roman era. Remains of an unusually large villa with a column passageway were found, proving that this area was also settled by the Romans. As a result, previous assumptions as to the extent of the Roman colony Aelia Capitolina had to be revised.

As yet, plans remain vague as to how the excavation site will be incorporated into the projected, mostly underground museum, in which the lowest two levels are to be reserved as exhibition halls.

This is only one of the criticisms levelled at the project by three Israeli initiatives and one Palestinian initiative, which have all filed objections to the building project with the city's building authorities. The most respected of these initiatives is supported by a group of 35 Israeli historians, sociologists, artists and writers, including the novelist David Grossman and the architectural historian David Kroyanker.

The groups complain that the construction project violates a whole range of city building regulations. The size and location of the museum would massively alter the cityscape of Jerusalem and cause "serious and irreparable damage to the precious architectural heritage of the city."

In addition, locating the museum directly in front of the Muslim section of the Wailing Wall could be seen as an act of provocation and could, at worst, "set the entire region alight". Critics insist that the fact that a private foundation has been allowed to pursue its own interests unimpeded at such a politically sensitive site must be debated in public. 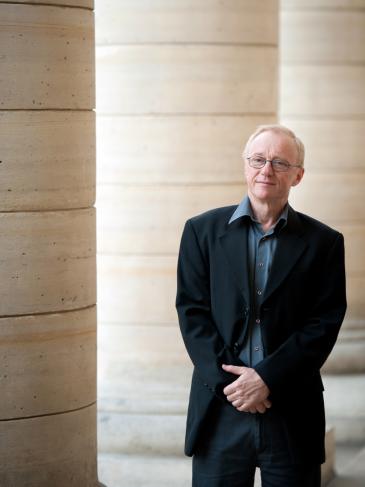 Putting up resistance: one of the well-known opponents of the controversial museum project is the Israeli novelist David Grossman, who won the Peace Prize of the German Book Trade in 2010

Another argument is that the close proximity of the planned museum to the Old City Wall would entail a radical break with a Jerusalem urban planning tradition that stretches back to the time of the British mandate. Even back then, there was an insistence on keeping a construction-free zone around the Old City Wall. Shortly after 1967, city authorities anchored this principle in the local building code. From then on, any new construction had to maintain a distance of at least 75 metres from the wall. Opponents of the museum project therefore find it not only incomprehensible, but completely inacceptable that this guideline was ignored during the construction approval process.

The height of the project constitutes another transgression of the city's building code. With a low dome at the highest point of its roof, the museum would be just under 13 metres lower than the city wall, thereby blocking the view of the Old City from many surrounding locations. Intellectuals further invoke UNESCO's strict rejection of the Elad Foundation's building plans.

These critics, as well as the Israeli Jerusalem-based NGO Ir Amin (Multi-ethnic City) and the local archeological association Emek Shaveh (Shared Plain), complain that the Palestinian residents of Silwan were at no time consulted on the plans. And despite the fact that it is much more urgent that these very Palestinian residents get funding and permission to build sorely needed educational and social facilities, they are rarely ever granted construction permits by the city authorities. These arguments have also been raised by more than 40 Palestinian residents, who have themselves filed an objection.

Their spokesman, the lawyer Sami Irshid, sees the building project in the political context of Israel's expansive settlement policy in East Jerusalem. The goal is, he says, to present the Palestinians with a fait accompli at the expense of the Palestinians living in Silwan – and that in a district whose political future is still a matter of negotiation.

According to Ir Amim and Emek Shaveh, there are also fears that the planned building project, currently known as Mitcham Kedem (antiquity site), could be assigned a completely different function. In its previous legislative period in May 2012, the Netanyahu government proposed the erection of a national "Shrine of the Bible" at the site. Although the government bill passed the first parliamentary hurdle, plans for the shrine have since been put on the back burner. Moreover, the bill never stated where exactly in Jerusalem the shrine was to be built.

At the suggestion of his Arab students, Israeli psychologist Ofer Grosbard created the project "Quranet", which uses texts from the Koran to solve educational problems in schools ... END_OF_DOCUMENT_TOKEN_TO_BE_REPLACED

Contemporary artist Mona Hatoum is one of those figures whose presence in western capitals stimulates much attention and critical writing, while her exhibitions in Arab cities ... END_OF_DOCUMENT_TOKEN_TO_BE_REPLACED

Wall, fences and checkpoints have become a way of life in the West Bank. But now innovative start-ups are using digital means to overcome borders and connect people across the ... END_OF_DOCUMENT_TOKEN_TO_BE_REPLACED

The collapse of traditional multilateralism in the Arab world has been accompanied by a significant shift in American Middle East policy under President Donald Trump, writes ... END_OF_DOCUMENT_TOKEN_TO_BE_REPLACED

In her latest novel, "The Book of Disappearance", Palestinian author Ibtisam Azem strikes a nerve with a fantastical tale that simultaneously fascinates and moves the reader, ... END_OF_DOCUMENT_TOKEN_TO_BE_REPLACED

In terms of policy, this election has little else to offer. Social issues, the economy and the conflict with the Palestinians are not dominant themes; it’s a question of power. By ... END_OF_DOCUMENT_TOKEN_TO_BE_REPLACED
Author:
Joseph Croitoru
Date:
Mail:
Send via mail