Documentary: "One Man Village"
Living in a Lebanese Ghost Town

The German-Lebanese co-production One Man Village tells the story of a man who returns to live as the sole inhabitant of his native Christian village, which was destroyed in the civil war. Nicola Abbas spoke to director Simon el Habre and producer Irit Neidhardt

​​ In the opening scenes, Semaan's life in the deserted village seems almost idyllic. With his cows and animals, it's as if he's decided to get back to basics, and return to his roots. However, as the film progresses, many memories resurface and wounds are re-opened. How would you sum up the film?

Simon El Habre: We discovered the story of the village and its former inhabitants through Semaan's story. Many people feel a close bond with their land, erect buildings on it, and cultivate it, but no longer live on it because they have built up another life elsewhere; they are quite simply afraid that war could break out again.

Nevertheless, I get the impression that Semaan is happy up there. After all, it was his decision to leave the city and return to his village. No-one forced him to move back. After eight years up there, he seems above all to be more at peace with himself. The lifestyle suits him. It may well be that a yearning for the past and for his deceased parents initially played a role in his decision, but I don't believe that anyone holds out eight or nine years because they are clinging to the past.

In the film, I tried to find out whether this village would ever be able to go back to the way it was – a nostalgic attitude, I admit. I concluded that it would never return to being the way it once was; it's just not possible.

​​ The film is about reconciliation between the people of Lebanon. To what extent has there been any reconciliation? Or is that also impossible?

El Habre: I wouldn't be as pessimistic as all that. But if the social and political situation in Lebanon doesn’t change, there will never be any reconciliation. There has to be a fundamental change to allow reconciliation to take place in a few generations. Personally speaking, I don't believe that cinema can make a direct and decisive contribution to this process, but perhaps it will make a few viewers see beyond the stereotypes and think seriously about how they actually live and how they view other people.

How did people in Lebanon and elsewhere react to the film? What did the protagonists think?

El Habre: Semaan likes to act and was thrilled at the prospect of his life being filmed just the way it is. Many people in his family consider him a bit odd because he is still single and lives alone in the village. The film changed all that, not least because I portray him in such a positive light. Apart from that, no-one flatly refused to take part. That being said, it is noticeable in the film from the answers people give that they are avoiding certain issues. They want to forget the past, even though they can't shake it off.

To date, the film has only been screened at festivals in Lebanon, Dubai, and here in Berlin. The audience reactions – this also goes for the 1,500 viewers at the Berlinale – have all been positive. The audience in Lebanon came from all sections of the population. A Druze woman from a neighbouring village even suggested a new film project to me after she had seen the film. I made a point of not taking anyone's side and wanted to address the issue of how people deal with memories in a serious manner, without hatred, without making accusations. 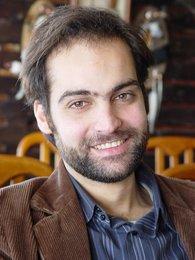 Simon El Habre: "People in Lebanon want to forget the past, even though they can't shake it off"

​​Where did you get the idea for this film?

El Habre: I've always wanted to make a film about remembrance in Lebanese society, about our relationship with the past, and about our village. Even as a student, I touched on this subject in smaller projects. However, it was only after a few years, when it became clear that Semaan's life in the village would be more than just a passing phase, that I began to think about developing the idea for film.

Luckily, it was around about that time that I met Irit Neidhardt here at the Berlinale. She was immediately taken with the idea. We then spent three years working very intensively together. Above all, we made sure that the film would be interesting enough to be universal, i.e. that it could be understood by anyone because it is not just a film about Lebanon.

Why did you chose this particular project as your first joint production?

Irit Neidhardt: I liked the way Simon was approaching the film. Like me, he did not want to deal with this subject for money or fame. Not only that, but when I visited the village for the first time, the images seemed just right. Whenever we filmed, we always asked ourselves: what does that mean? What is behind that? We made a conscious visual decision not to move outside the village with the camera.

One very impressive scene was full of ruins; it was completely silent; the only movement was that of a few snails in the grass. And then we turned a corner and were faced with freshly laundered clothes hanging on a washing line! It encapsulated the whole situation: this place is deserted, but there is still someone living there! 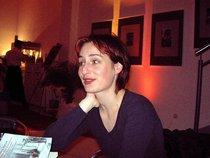 Irit Neidhardt: "We often pretend that there is a cultural exchange; in reality, however, we are just talking amongst ourselves about others"

​​ El Habre: I already knew that the producer, regardless of his/her nationality, would have to support my ideas and concepts. Having worked for so long on small commissioned jobs, I yearned to do something that was truly my own at last. Irit supported me fully right from the word go. She was never willing to make compromises just to meet the expectations of European audiences. In fact, she was the very person who encouraged me to make such a long film. Her view from the outside also helped me. I wanted the audience to be able to understand the film even without having an expert's knowledge of Lebanon.

You were the only genuinely Arab director at the Berlinale. Other filmmakers of Arab origin live or make films abroad. Do you, as a representative of Arab cinema, feel a particular responsibility, so to speak?

El Habre: I am not interested in that kind of categorisation. I tried to make a film, not a specifically "Arab" film. That being said, as an Arab, it does anger me that no other Arab films were shown at the Berlinale. I am not proud to be the only Arab director. On the contrary, I would be delighted if the Arab world were to be represented by more films.

Neidhardt: I don't think that our film would ever have been shown here if I had not been based in Berlin. It is a huge problem that many films about the region are often made from the outside and focus on exotic themes. People in the "West" believe they are seeing films that tell them something about a foreign, fascinating world. However, in reality, Western filmmakers are often just imposing their own interpretations. This is fatal in the current geopolitical situation. We often pretend that there is a cultural exchange; in reality, however, we are just talking amongst ourselves about others.

Our film bucks the trend; you have to allow yourself to be drawn into it. We go into this village in Lebanon and suddenly these people are no longer foreign and exotic. You experience it from the inside. This is very different from the stories we are used to from the Near East. You need a bit of time to work through it, but at the same time, you can empathise much more with the protagonists.

Simon El Habre was born in Lebanon. He has been teaching at the Lebanese Academy of Fine Arts (ALBA) in Beirut since 2001. Simon El Habre is a member of the film co-operative Beirut DC.

Irit Neidhardt grew up in both Germany and Israel. She was one of the founders of the Israeli and Palestinian Film Festival in Münster in 1995 and was head of programming at the festival until 1999. In 2002 she founded mec film (middle eastern cinemas), a distribution, sales and advisory company for films from the Near East.

War Crime Documentary
Sympathy with the Devil
For their documentary on the Sabra and Shatila massacres that took place during the Lebanese civil war, the film-makers chose to portray the perpetrators sympathetically in order to shed more light on the causes for war crimes. Christina Förch reports

Documentary: "The Heart of Jenin"
Donation across the Divide
The challenging and complex issue of "rapprochement in the Middle East" has been the subject of countless books, films and works of art. Now, prize-winning German director Marcus Vetter has entered the fray. His documentary film Das Herz von Jenin (The Heart of Jenin) makes a unique contribution to the ongoing treatment of this theme. Rasha Khayat saw the film

Jordanian Cinema: "Captain Abu Raed"
Short Getaways from the Daily Grind
"Captain Abu Raed" is the first feature-length film from Jordan. The debut film of the Jordanian-American director Amin Matalqa has been awarded numerous international prizes. Martina Sabra had a look at the film

END_OF_DOCUMENT_TOKEN_TO_BE_REPLACED
Social media
and networks
Subscribe to our
newsletter