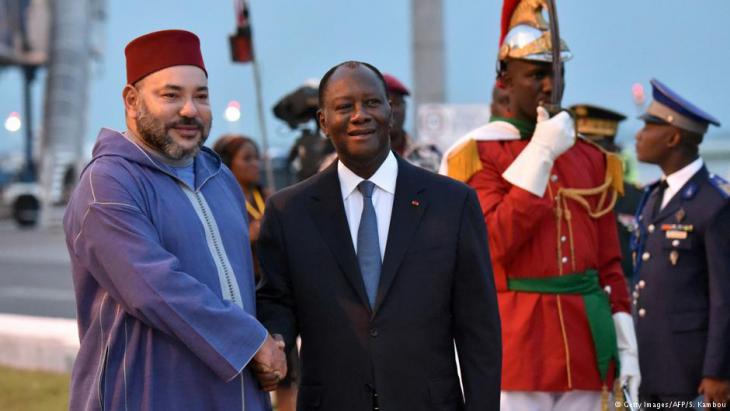 Morocco is launching a charm offensive as the kingdom seeks to expand its influence in West Africa. Membership of the economic union ECOWAS is also on the agenda. Yet not everyone welcomes the idea. By Gwendolin Hilse

Morocco's King Mohammed VI is making his country's membership application to the Economic Community of West African States (ECOWAS) a top priority. Earlier this year, he visited Ghana, Ivory Coast, Guinea and Mali to promote his cause. At its June summit in Monrovia, ECOWAS confirmed that Morocco's membership was possible, at least in principle. Back in January, Morocco had rejoined the African Union after 33 years. Since then, the king has been busy signing dozens of bilateral trade agreements with other African countries.

In recent years, at least 85 percent of Morocco's direct foreign investment has gone to African countries. In 2016, it was the largest African investor on the continent, to the tune of $8 billion (6.8 billion euros). Of this, $2.7 million went to Ivory Coast alone. However, trade with Africa overall is stagnating: in 2015, just 1.4 percent of Morocco's imports and 7 percent of its exports were traded with sub-Saharan Africa. If Morocco were to join ECOWAS as a full member, it would have access to the 15-member free market.

From an economic standpoint, there is nothing preventing Morocco from achieving ECOWAS membership – the country is far better off than most other members in this regard. According to the economic community's constitution, geography is also not a criterion to exclude the North African country. Christoph Kannengiesser, chief executive officer of the German-African Business Association, says it's a win-win situation: "ECOWAS will not be weakened by an economically strong country such as Morocco and as an ECOWAS member, Morocco would be better able to fulfil its desired role as a bridge between Africa and Europe." 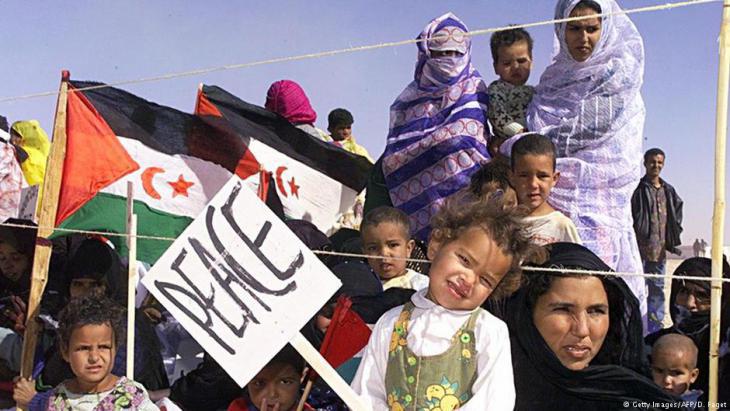 The issue of West Sahara: ECOWAS recognises West Sahara as an autonomous state, Morocco on the other hand views the annexed area as a legitimate part of its kingdom. West Sahara is located on the Atlantic coast between Morocco and Mauritania. Morocco lays claim to the region and exerts control over most of it, despite refusal at an international level to recognise that it belongs to the Maghreb state. The liberation movement Polisario is dedicated to achieving West Saharan independence

However, before Morocco can formally join ECOWAS, the organisation says the political, economic and social implications should be thoroughly considered. Although it is primarily considered an economic-based group, members of ECOWAS also aim for political integration.

Morocco and ECOWAS already have opposing views on important issues: ECOWAS recognises Western Sahara as an autonomous state, while Morocco believes the annexed region is a legitimate province of its kingdom. Although the June summit openly discussed the possible membership of Morocco, King Mohammed VI did not attend owing to the presence of Israel's prime minister, Benjamin Netanyahu. The Moroccan government explained the monarch's absence by saying that Morocco had no official diplomatic relations with Israel.

Morocco is currently a member of the Arab Maghreb Union (AMU). However, economic and political disagreements – especially between Morocco and Algeria – have prevented the group from making any real progress. No major meetings have taken place since 2008. In addition, the economy of Morocco's most important trading partner, the European Union (EU), is faltering. New allies and new markets for Moroccan products are needed – and with a combined population of 350 million, ECOWAS could turn out to be the perfect partner.

"The Moroccans are pursuing a double-edged political strategy," says Kannengiesser. On the one hand, the country is seeking a privileged relationship with Europe. On the other hand, it is also trying to strengthen its integration with other countries on the African continent. 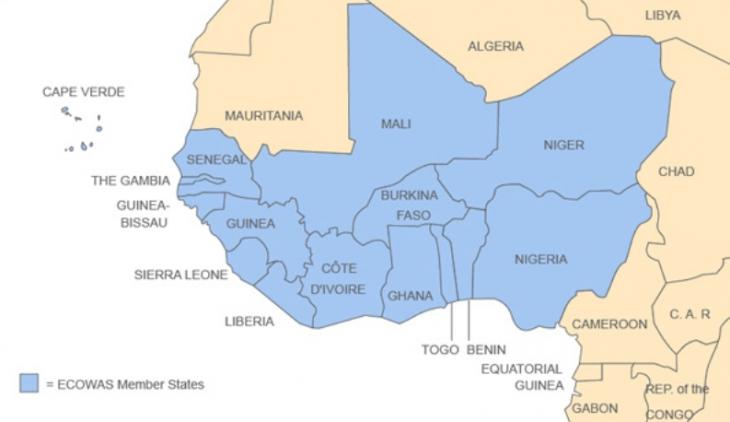 Attracted to the idea of membership of the West African economic union: "as an ECOWAS member, Morocco would be better able to fulfil its desired role as a bridge between Africa and Europe," says Christoph Kannengiesser, chief executive officer of the German-African Business Association

"The Moroccans know that the African continent, especially West Africa, is an important region of growth, not only from an economic perspective, but in terms of political influence as well," he says. Of course, whether economic integration necessarily leads to political integration remains to be seen.

″An attack on Nigeria″

However Nigeria, the strongest economic player in ECOWAS, is reluctant to see Morocco receive membership. A number of interest groups have already lobbied the government in Abuja, calling on it to try and stop the North African country's admission. Nigeria currently makes up more than two-thirds of ECOWAS' economic power. If Morocco were to join, it would become the second-strongest member, with more economic clout than Ghana, Ivory Coast, Senegal and Mali combined.

"Morocco's accession to ECOWAS is clearly an attack on Nigeria and its strategic position in West Africa," says former Nigerian Foreign Minister Bolaji Akinyemi. He argues that supporters of Morocco's candidacy want to weaken Nigeria's influence in the region and that in the event of its accession, Nigeria should leave ECOWAS. "I don't think ECOWAS would survive that," says Akinyemi. In order not to jeopardise economic co-operation, he instead recommends the development of bilateral agreements between Nigeria and Morocco.

"I think that economic pragmatism will play an important role in Nigeria as well," says Kannengiesser. He says he can imagine several possible outcomes of Morocco's application to ECOWAS, including full membership, privileged integration status, or even simply observer status as an interim solution. "But perhaps the whole thing could fail in the event of Nigeria's veto," he added.

Home
Print
Newsletter
More on this topic
Morocco's monarchy and the conflict with the PJD: All power to the palaceWestern Sahara – the last colony in Africa: ″Armed resistance is their only choice″Democratic change in Morocco: Winners and losers in a new political climate
Related Topics
Economy, Mohammed VI of Morocco, Western Sahara conflict
All Topics

Sultana Khaya, 41, has been peacefully resisting the Moroccan occupation of Western Sahara for many years. Because of her campaign to assert the self-determination of the Sahrawi ... END_OF_DOCUMENT_TOKEN_TO_BE_REPLACED

Back in 1995, when The Times asserted Islam was to blame for the poor levels of education among women in the Muslim world, Mohammad Akram Nadwi began scouring ancient Arabic ... END_OF_DOCUMENT_TOKEN_TO_BE_REPLACED

Since Spain abandoned its traditional neutrality towards the conflict in Western Sahara, Morocco has announced a "new phase" in relations between the two countries. But what is ... END_OF_DOCUMENT_TOKEN_TO_BE_REPLACED

Tunisia's president has been carrying out a coup by degrees, demolishing the country's hard-fought democratic gains bit by bit. With an economy in turmoil and a splintered ... END_OF_DOCUMENT_TOKEN_TO_BE_REPLACED

The German government is planning to legalise cannabis before the end of this legislative period. So what does Islam have to say about its consumption? Will changing the law alter ... END_OF_DOCUMENT_TOKEN_TO_BE_REPLACED
Author:
Gwendolin Hilse
Date:
Mail:
Send via mail

END_OF_DOCUMENT_TOKEN_TO_BE_REPLACED
Social media
and networks
Subscribe to our
newsletter