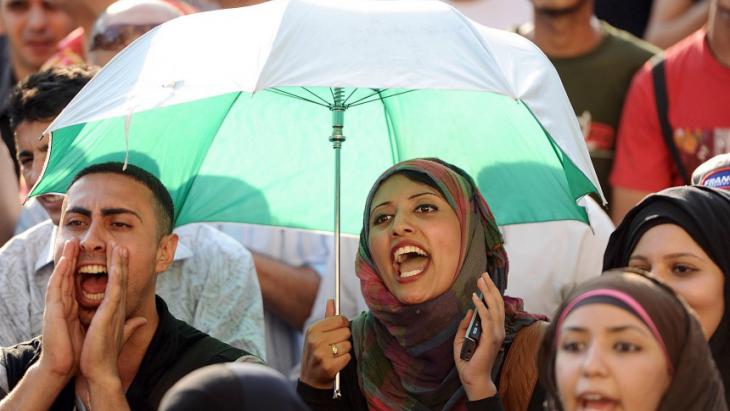 Not following in their parentsʹ footsteps!

Egyptian young people are rebelling not only against their parents, but against centuries-old social norms. That's perfectly normal. Education today should be based on mutual respect and empathy, says 20-year-old student Engy Ashraf from Alexandria

Generational conflicts are nothing new. Everyone has experienced them with parents, relatives or teachers. Differences of opinion are normal between people of different ages. But if these differences become too many and moments of mutual understanding rarer and rarer, then family life, as everyone can imagine, becomes very difficult.

In Egypt, everyone is well acquainted with arguments between parents and children. On the street, in supermarkets, in the apartment next door – you can hear them shouting at each other everywhere, calling each other names. An Egyptian family whose members do not raise their voices daily and live in harmony has become a rarity.

Think of three years that match the following three generations: grandparents, parents and adolescents. As examples, I have picked 1957, 1987 and 2017. One may now compare them under thousands of different aspects, but let us focus on the most important keyword: media. In 1957, local newspapers and radio shows were the common sources of news. Not everyone could afford a black-and-white television. In 1987, colour television sets became fashionable, but not yet personal computers. The year 2017 knows a special invention that none of the other two years had – the Internet. With the introduction of the world wide web in 1991, an important medium emerged that would soon turn everything upside down.

Welcome to the era of globalisation

With the Internet, the whole world is at our feet, or rather on our screens. The 'whole world' meant nothing more to our Egyptian grandparents and parents than their home town. My generation learns at least one foreign language at school (which, nowadays, may even be an international school), prefers to watch American movies on TV, listens to international music, likes brands, wants the newest Apple iPhone for their birthday, dreams of studying abroad, is curious about things like Communism, atheism and homosexuality. 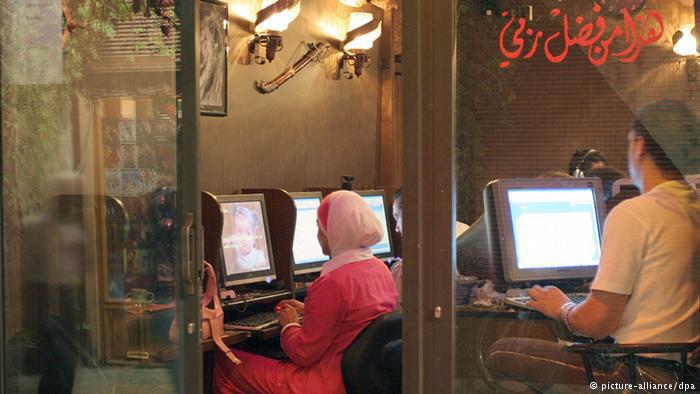 A quantum leap into the digital age: "With the Internet, the whole world is at our feet, or rather on our screens. The 'whole world' meant nothing more to our Egyptian grandparents and parents than their home town," reports Engy Ashraf

At some point in the past, it has simply become too much for our poor parents. After all, when they were young, there was nothing more modern and hip than McDonalds, jeans and Michael Jackson. And as the old saying goes: "You canʹt teach an old dog new tricks". The older generation often despairs of the fast pace and material nature of the 21st century, or feels alienated by it. Accordingly, they try to bring up their children based on their own, old lifestyle, which they perceive as the right one.

To their great disappointment, however, children refuse to live in another time than their own. This means that a conflict between parents and children emerges from the earliest years on, which, by the time adolescence comes around, has become so serious that it often renders the two generations hopelessly "incompatible".

Egyptian culture is not a Hollywood movie!

Egyptians love television. Whether American movies or Turkish TV shows, television strongly influences society and young people in particular. Imagine two 18-year-old Egyptians, a male and a female, watching TV: he sees youths his age drinking alcohol, chatting up girls, acting against the wishes of their parents, moving out at the age of 18, changing their faith or exploring the world on their own; she observes girls being free to wear shorts and intimate with boyfriends in public, spending holidays alone with friends abroad, working alongside university – and making their own decisions about the future. Then both turn off the TV and are confronted with the reality of Egyptian society.

Home
Print
Newsletter
More on this topic
Sisi's Egyptian crisis: ″Where are the youth?″Love in Egypt: "Does love as it is here exist in Europe?"Stories from the Palestinian diaspora: My grandmother, the selfie generation, and I
Related Topics
Arab Spring, Education, Globalisation, New media in the Muslim world, Sexism and violence against women, Women in the Islamic world
All Topics

Archaeologists have uncovered the remains of an ancient city in the desert outside Luxor in Egypt. They say it dates back to the golden age of the Pharaohs more than 3,000 years ... END_OF_DOCUMENT_TOKEN_TO_BE_REPLACED

The Prophet Muhammad never executed anyone for apostasy, nor encouraged his followers to do so. Nor is criminalising sacrilege based on Islam’s main sacred text, the Koran. In ... END_OF_DOCUMENT_TOKEN_TO_BE_REPLACED

Surging coronavirus cases in many parts of the world have overshadowed the start of this year's Muslim holy month of Ramadan, with festivities once again curtailed by contagion ... END_OF_DOCUMENT_TOKEN_TO_BE_REPLACED

German Middle East analyst Guido Steinberg and television journalist Ulrich Tilgner have both published new books on the conflicts in the Middle East. Their analyses and their ... END_OF_DOCUMENT_TOKEN_TO_BE_REPLACED

Televised Turkish dramas are all the rage in the Middle East. A young Ottoman TV Empire has been expanding its soft power by harnessing regional dialects, Arabic names and viewers ... END_OF_DOCUMENT_TOKEN_TO_BE_REPLACED

Nawal El-Saadawi has died in Cairo at the age of 89. The prominent doctor, activist and author became internationally known for her outcry against female genital mutilation and ... END_OF_DOCUMENT_TOKEN_TO_BE_REPLACED
Author:
Engy Ashraf
Date:
Mail:
Send via mail

END_OF_DOCUMENT_TOKEN_TO_BE_REPLACED
Social media
and networks
Subscribe to our
newsletter