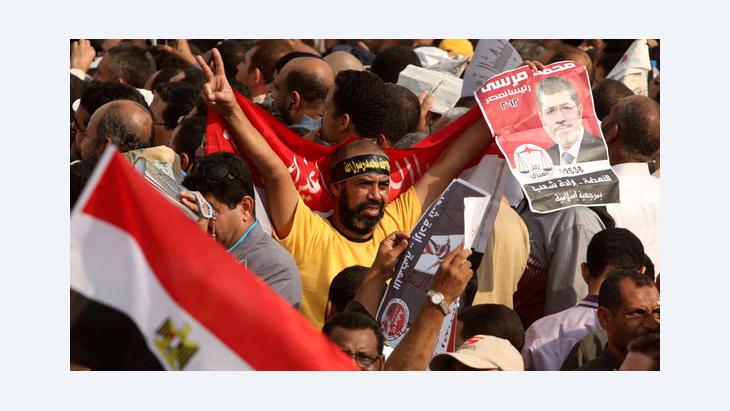 Trapped between the Religious and Secular Fronts

﻿While Egypt's elites see themselves in a culture struggle between a liberal and a more strongly Islamic direction, the poor are growing increasingly disappointed in a revolution that has brought them no improvements whatsoever to date. Claudia Mende reports from Cairo

"It's like in a war. You have to choose which side you're on and I'm against the Muslim Brothers. This is not the time for subtle differentiations." Cairo's intellectuals and liberals are in a state of turmoil – many are afraid of repressions by the Islamists if the referendum takes place as planned and voters wave through the new constitution with its Islamist leanings.

Following major protests, President Mohammed Morsi has at least revoked the dictatorial powers he awarded himself per decree. Yet the liberals not only fear that the ruling Muslim Brothers might restrict civil rights and liberties. They are also afraid radical forces might take targeted action against unpopular individuals of their own accord. 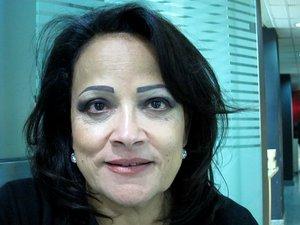 "It's like in a war." Liberals like the Coptic journalist Karima Kamal fear their basic rights may be restricted if voters wave through the Egyptian referendum

Islamist agitators are fanning the flames of hate in Cairo – and it is unclear whether they are being deliberately steered or the government has lost control over the situation. Feeding these fears even further, the state only has partial command of law and order and there is no relying on the police force.

That became particularly clear at the pro-Morsi demonstrations of the past two weeks, for which the Muslim Brothers bussed in supporters from around the country. Speakers whipped up the crowd with slogans aimed against Egypt's liberal and secular elites. Threats were made of an upcoming "cleansing of the liberal media". Words such as "our next meeting will be on Tahrir Square and any liberal who gets killed will go straight to hell" have caused much concern among liberals.

"It has nothing to do with religion," says the psychiatrist and activist Basma Abdel Aziz. A slim woman with short black curls, she has dark shadows under her eyes. Her column for the newspaper al Shourouk makes her a fairly well-known personality in Cairo, and she finds the developments "alarming".

She had never before heard such public expressions of hate towards secular forces as at the Muslim Brothers' demonstration outside Cairo University, which was broadcast nationwide on live television. "It's such aggressive statements before a large mass of people, many of whom are illiterate, that I find threatening." Running battles between Islamists and liberals on Tahrir Square and outside the presidential palace in Heliopolis are no solution for her. She thinks the liberals ought to face up to the country's dire social problems to a greater extent.

In his election campaign, Mohammed Morsi made bold promises to make tangible improvements to the Egyptians' living conditions in his first hundred days in office. Nothing has happened so far, however. While the Islamists are paralysing the country with their power games, the economy is going downhill at an alarming rate. Foreign-currency reserves have been approximately halved since the revolution and are now at around 15 billion US dollars only. Yet Egypt urgently needs the money, for instance for food subsidies, without which the poorest sections of the population would starve. 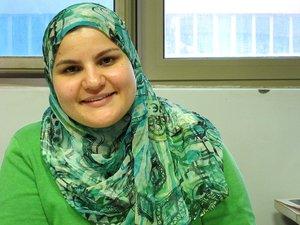 Resentment over the economic crisis in Egypt: "It's the poor who suffer most from the bad economic situation. If a solution doesn't come soon we really will descend into civil war," says Raghda El-Ebrashi

​​In the meantime, not even the administration is working. Basma Abdel Aziz describes the state of affairs at the health ministry as chaotic. Since Morsi took office in June 2012, there have been five changes of ministers.

None of the newly appointed men, she says, have made any attempt to tackle the urgent problems in the health sector. Corruption is just as widespread as before, and she cannot see evidence of any government efforts to improve the health system.

Disappointed with the revolution

While the elites see themselves in a culture struggle between a liberal and a more strongly Islamic direction, the poor are growing increasingly disappointed in a revolution that has brought them no improvements whatsoever to date. According to the World Bank, some 35 percent of Egyptians live below the poverty line, and around 40 percent are illiterate. It is their frustration that harbours Egypt's real explosive potential.

"Our main problem in Egypt is the rampant poverty," says Raghda El-Ebrashi, a lecturer in Management Strategies at the German University in Cairo. Alongside her teaching at the private German institution, El-Ebrashi works towards improving opportunities for the unemployed on Egypt's overstretched labour market. She wears a headscarf, comes from a privileged family, and yet is still aware of the often desperate situation for the unemployed and underprivileged.

Her comment on the current state of the nation: "It's the poor who suffer most from the bad economic situation. If a solution doesn't come soon we really will descend into civil war."

Political analyst Taqadum al-Khatib argues that Egypt can, in co-ordination with its European partners, develop a common vision to solve the complex conflict in Libya. For this to ... END_OF_DOCUMENT_TOKEN_TO_BE_REPLACED

The upheavals of the past year in the MENA region are arguably as momentous as those of the Arab Spring in 2011. Yet perhaps the biggest difference is that our interest seems to ... END_OF_DOCUMENT_TOKEN_TO_BE_REPLACED

In 2019, the long-running Penguin Classics series released its first novel translated from Arabic: Tawfiq al-Hakim’s "Return of the Spirit", conveyed into English by William ... END_OF_DOCUMENT_TOKEN_TO_BE_REPLACED

Equality in divorce, a ban on polygamy: reformers of Islamic family law have a clear agenda. They are exploiting the ambiguity of traditional jurisprudence. By Joseph Croitoru END_OF_DOCUMENT_TOKEN_TO_BE_REPLACED