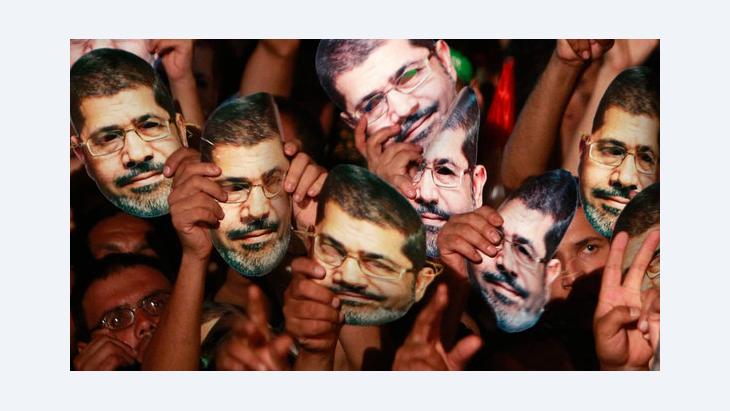 Egypt after the Coup

Two Sides of the Same Coin

The renowned Lebanese journalist and writer Hazem Saghieh believes that the events of recent weeks in Egypt have shown that Arab societies are only capable of bringing forth military power and political Islam after all, and that the champions of democracy, on the other hand, are not a force to be taken seriously when the chips are down

Using cut-and-dried simplifications is definitely not the best way of getting to grips with the highly complex crisis in which Egypt currently finds itself. After all, the acute political problems that are coming to light there at this time are the result of a social gulf that grew wider and wider during the country's long period of military rule and has most recently been further widened to a significant degree by the Muslim Brotherhood. These problems and this gulf are, therefore, two sides of the same coin.

This is clearly illustrated by the fact that there is absolutely no common ground between the social environment of the Muslim Brotherhood and the rest of Egyptian society and no attempt to build bridges across the divide. 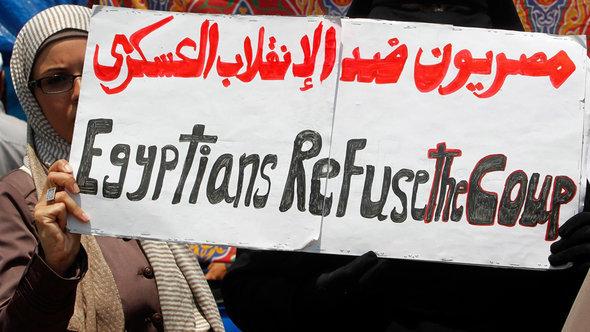 Growing resistance to the 'military coup': on Friday, 12 July alone, tens of thousands of supporters of the ousted Egyptian president, Mohammed Morsi, flooded into Cairo for a "march of the millions", demanding that the toppled president be returned to office

An in-depth look at recent Egyptian history suggests that a party like the liberal Wafd Party would have been the most likely candidate to assume a social bridge-building function such as this. However, the military rule of the early years of the Nasser era destroyed any chances of that. The Wafd Party sank into oblivion, as did Egyptian political life as a whole.

This gulf cannot be filled in without patiently holding fast to democratic practices and without a long-term willingness to enter into democratic dialogue and an effort to seek compromises that are based on a process in which all sides play an equal role in jointly shaping Egypt's new political landscape together.

By demonstrating a pathetically low level of willingness to enter into democratic dialogue with potential partners, the Muslim Brotherhood and President Mohammed Morsi, who hails from its ranks, missed a valuable opportunity.

The collapse of the Muslim Brotherhood before the coup

In this respect, however, the brotherhood's opponents have shown themselves to be even more naïve by letting their impatience get the better of them and by allowing themselves to be seduced into giving preference to a military coup.

After all, the Muslim Brotherhood government was already badly shaken by the day-to-day tensions of being in power. Moreover, its repressive measures went hand in hand with weak leadership, visible signs of wear and tear and an astonishing ability to make itself a laughing stock (Morsi's "iron totalitarianism" can safely be dismissed as an exaggeration on the part of his opponents).

This leads us to the conclusion that the overthrow of the Muslim Brotherhood – and therefore also the possibility of a permanent decline in political Islam – by political means seemed within reach, which would have impacted on other countries in the Islamic world as well. 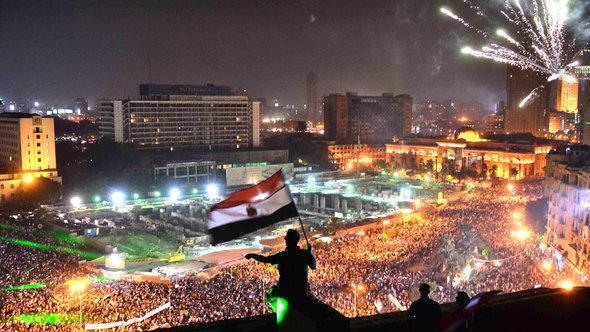 Dependence on the military: 'It is now clear that despite its impressive mass presence on Tahrir Square, the broad anti-Muslim Brotherhood movement depends on the intervention of the army when push comes to shove,' writes Hazem Saghieh

​​It was in this situation that the military coup occurred and now threatens to lead to five very specific and extremely dangerous developments.

The ascendency of political Islam

Firstly, it is now clear that despite its impressive mass presence on Tahrir Square, the broad anti-Muslim Brotherhood movement depends on the intervention of the army when push comes to shove. The events of recent weeks have shown that those people who claim that our Arab societies are only capable of bringing forth military power and political Islam are right after all, and that the champions of democracy, on the other hand, are not a force to be taken seriously when the chips are down.

Secondly, it is now clear just how fragile the democratic culture is at the present time, a point illustrated by the (mysteriously) short period of transition that separated the cries of "down with military rule!" and the cries that the very same military was the country's much-longed-for saviour.

Thirdly, all of this has helped political Islam out of a tight spot by handing it the role of victim to use as a weapon. How could that have happened? Have people forgotten what happened after the election victory of the Islamist FIS in Algeria in 1991? Whether we like it or not, the Muslim Brotherhood has now become the guardian of democratic lawfulness.

Fourthly, one might argue that the coup saved Egypt from a confrontation between the country's two social blocks. However, it is much more plausible to say that Egypt is now on course for an even more serious and more embittered confrontation. Certainly, all of the statements made by the Muslim Brotherhood and its representatives seem to indicate that it is.

Fifthly, in stark contrast to the innocence that some analysts of the coup are demonstrating, we cannot see any precedent that leads us to feel confident that the military is going to hand over power just like that, particularly as the protest movement we witnessed in the run-up to the coup will have to throw in the towel sooner or later.

Let it be known that the person who penned these lines would like nothing more than to be proven wrong in his analysis of the situation!

Hazem Saghieh is a renowned political analyst and writer of opinion pieces for the leading pan-Arab daily newspaper Al Hayat.

This article was originally published in Al Hayat.

Home
Print
Newsletter
More on this topic
After the Ousting of Mohammed Morsi: Egypt on the Brink of CollapseIntervention of the Military: No Second Revolution on the NileInterview with Hazem Saghieh: Beyond the Authority of Religion and the Rule of Family Clans
Related Topics
Abdul Fattah al-Sisi, Arab Spring, Arabellion, Democracy and civil society, Egypt Revolution 2011, Egypt's army, Mubarak regime, Muslim Brotherhood, Power struggle in Egypt, U.S. policy in the Middle East
All Topics

Two refugees detained in Egypt are facing deportation to Eritrea. The expulsion of the Eritreans, who have been incarcerated in Cairo for more than eight years, has been halted ... END_OF_DOCUMENT_TOKEN_TO_BE_REPLACED

International relations are shifting across the Middle East as regional powers adapt to America's retrenchment and China's growing influence. Although the region could become the ... END_OF_DOCUMENT_TOKEN_TO_BE_REPLACED

Germany's foreign policy is explicitly values-based. But what happens, Ralf Bosen asks, when democracy, the rule of law and human rights collide with the logic of trade and ... END_OF_DOCUMENT_TOKEN_TO_BE_REPLACED

"The people aren’t ready for democracy" has been the constitutional basis for Arab tyranny, its favourite slogan and its sacred narrative for more than a century. Yet, asks Khaled ... END_OF_DOCUMENT_TOKEN_TO_BE_REPLACED

A new global database shows a significant gap in reported COVID-related deaths, suggesting the actual worldwide death toll is short by at least 1 million. That's due in part to ... END_OF_DOCUMENT_TOKEN_TO_BE_REPLACED

Two decades after the attacks of 11 September 2001, the West faces the shattered debris of its failure – not only in Afghanistan, but also in Iraq, Syria, Libya and Yemen. What ... END_OF_DOCUMENT_TOKEN_TO_BE_REPLACED
Author:
Hazem Saghieh
Date:
Mail:
Send via mail

END_OF_DOCUMENT_TOKEN_TO_BE_REPLACED
Social media
and networks
Subscribe to our
newsletter