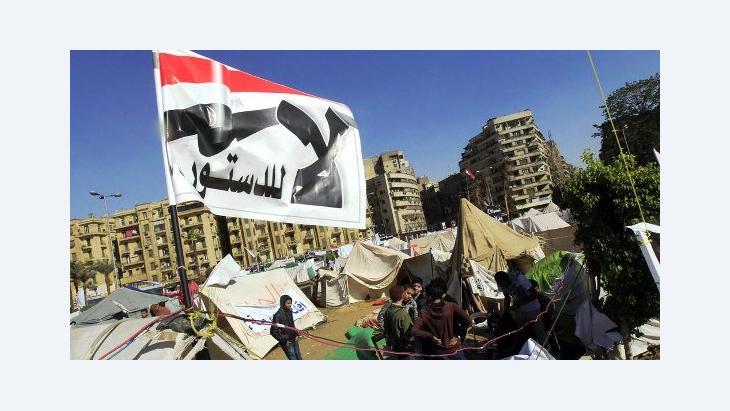 ''The Draft Constitution Is a Success''

﻿Angry demonstrators are protesting Egypt's draft constitution. But scholar Björn Bentlage thinks the constitution is in fact democratic, and criticizes the opposition for failing to bring more specific concerns. Interview by Kersten Knipp

﻿Egypt is experiencing some very turbulent days – it seems as if the future course of Egypt is currently being decided. How would you characterize this phase?

Björn Bentlage: This is definitely a very critical and tumultuous transition period. The current things we normally take for granted just don't apply any more, including the rule of law and order. There was talk following President Morsi's decree at the end of November that he had just made himself dictator and put himself above the rule of law. But the situation has been problematic for a while, ever since the military council dissolved parliament. Since then there have been no democratically elected rulers. The lawfulness of court decisions in a time when there is only a transitional constitution is very questionable.

What course is Morsi taking with his policies of the last weeks and months?

Bentlage: We can only guess. The most plausible explanation seems to be that he wanted to protect the constitutional assembly from being dissolved by the Constitutional Court. The judgment was expected for 2 December. The judges would have been able to deliver the judgment if they had wanted to – despite the demonstrations outside the courthouse. That would have meant that the transition process would have had to start from scratch again.

The only elected institution would have been the president. My impression is that Morsi was trying to end the transition period, even though his methods are somewhat rough and lack political instinct. Maybe due to frustration, maybe because he was under increased pressure due to the ongoing power struggle with the military and parts of the judicial system.

There is to be a referendum on the draft constitution. What do you make of the draft?

Bentlage: While there are some Islamic references, overall it is an acceptable document, on the basis of which a secular democracy can govern. There are no gross violations. Some passages may seem somewhat socially conservative. But you would need a completely different constitution as the basis of an Islamic state, or a theocracy or a political dictatorship.

Overall, it's a rather balanced document, for example when it comes to the balance of power, the protection of individuals' rights vis-à-vis the state or the design of the judicial system. You could call this a big success for democracy and the rule of law in Egypt. 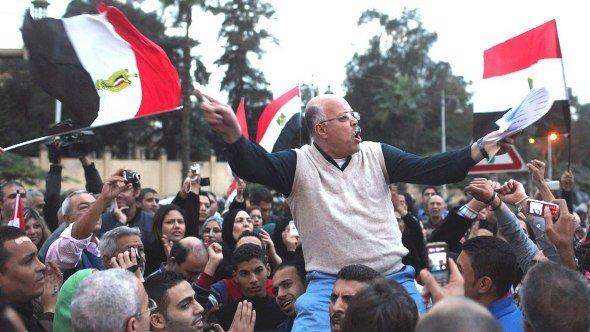 "A considerable gap": The Egyptian government has given the military the authority to arrest civilians to help safeguard the constitutional referendum. Protesters chants anti-Mursi slogans in front of the presidential palace in Cairo on 4 December 2012

​​But the constitution has been criticized for being too conservative.

Bentlage: There are several passages which ascribe a mildly patriarchal role to the state, particularly when it comes to family and social policies. The aim is to impart values and uphold public morals. You don't necessarily have to see that as particularly desirable. But you have to see this in conjunction with the individual rights that the constitution guarantees and which do correspond to international standards. But overall, this constitution would revitalise the political process which is currently at a standstill.

Which role does the secular opposition play?

Bentlage: The secular or liberal opposition refuses to cooperate. From the start, the opposition boycotted the constitutional assembly. That used to be a normal tool in political confrontation with the autocrat Mubarak. 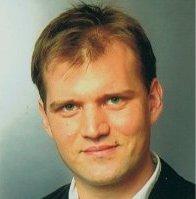 Björn Bentlage: "This constitution would revitalise the political process which is currently at a standstill"

​​You could definitely criticize the liberal and secular powers for refusing to constructively cooperate. They justified this refusal with very broad concerns, rather than criticism of concrete points of the constitution.

The Muslim Brothers and Salafists make up the two biggest groups within the elected representatives. What does that tell us about Egyptian society?

Bentlage: Egyptian society is very diverse. There are neighbourhoods in Cairo and other big cities where people grow up in a globalized culture. They watch the same films as young people in the West. They listen to the same music and have the same haircuts. But the majority is socially conservative and very religious. These people don't participate to the same extent in public political discourse or social media. There is a considerable gap between these two sectors of society.

If you really want to move towards democracy, then you have to accept that Islamist movements and parties have a high degree of legitimacy and therefore have to make up the majority in the decision-making process. And that is where I see a fundamental problem on the side of the liberal and secular powers: their pronounced fear or refusal of the Islamists could in fact lead to further conflicts.

Professor Björn Bentlage researches and teaches at the Martin-Luther University Halle-Wittenberg. He focuses on society and the rule of law in modern Egypt

Egyptian singer Umm Kulthum continuous to be an icon, almost 100 years after she published her first record. But what about the other famous women of the 1920s? In his new book, ... END_OF_DOCUMENT_TOKEN_TO_BE_REPLACED

The Prophet Muhammad never executed anyone for apostasy, nor encouraged his followers to do so. Nor is criminalising sacrilege based on Islam’s main sacred text, the Koran. In ... END_OF_DOCUMENT_TOKEN_TO_BE_REPLACED

Archaeologists have uncovered the remains of an ancient city in the desert outside Luxor in Egypt. They say it dates back to the golden age of the Pharaohs more than 3,000 years ... END_OF_DOCUMENT_TOKEN_TO_BE_REPLACED

Surging coronavirus cases in many parts of the world have overshadowed the start of this year's Muslim holy month of Ramadan, with festivities once again curtailed by contagion ... END_OF_DOCUMENT_TOKEN_TO_BE_REPLACED

German Middle East analyst Guido Steinberg and television journalist Ulrich Tilgner have both published new books on the conflicts in the Middle East. Their analyses and their ... END_OF_DOCUMENT_TOKEN_TO_BE_REPLACED

Televised Turkish dramas are all the rage in the Middle East. A young Ottoman TV Empire has been expanding its soft power by harnessing regional dialects, Arabic names and viewers ... END_OF_DOCUMENT_TOKEN_TO_BE_REPLACED
Author:
Kersten Knipp
Date:
Mail:
Send via mail

END_OF_DOCUMENT_TOKEN_TO_BE_REPLACED
Social media
and networks
Subscribe to our
newsletter