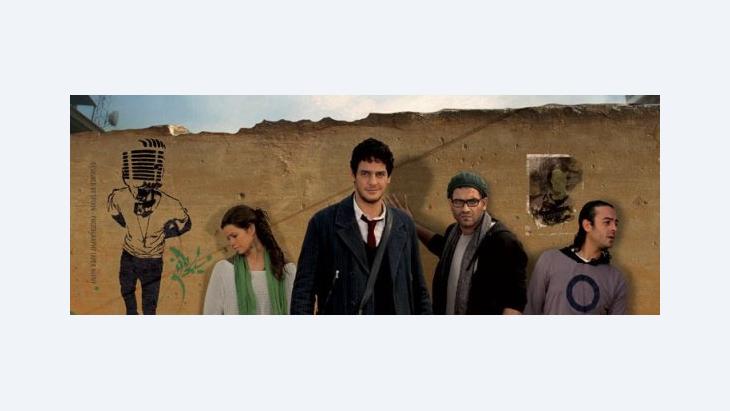 ﻿Egypt's filmmakers were among those who openly protested against Mubarak, thus toppling his regime. Now, they will have to change the language of their country's cinema. Amin Farzanefar on what the Arab Spring means for the Egyptian cinema

Evidently this revolution was a thing of "beauty". That is the word one hears most when they talk, full of pride, about what they have achieved, by themselves, without a leader. About 1,500 Egyptian filmmakers, producers, camera people and technicians banded together during those days to keep everyone informed of what was happening. Some set up camp at Tahrir Square from the beginning, others came along to offer sympathetic, passive support, and while some had their production offices just around the corner from the main event, others came from far and wide.

There were many who simply disappeared for a time and others who were injured. The truth of the matter is, the Egyptian film industry was at the forefront of the protest, and, where at all possible, those involved made sure they had their digital cameras with them; the fruits of their efforts are now being turned into personal, first-hand interpretations of events.

﻿Talk of an Egyptian Nouvelle Vague 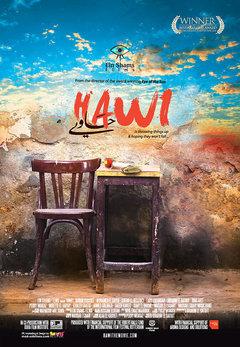 "Labyrinthine, episodic and dryly humorous nocturne": In Ibrahim Batout's "Hawi", everyone involved is either a profiteer or a victim of the regime

​​It is precisely this flexible, cheap digital technology that in recent years has given the Egyptian cinema, that comatose and faded relic of bygone and better days, a new impetus, giving rise to talk of an Egyptian Nouvelle Vague – the most recent example being "Hawi", a labyrinthine, episodic and dryly humorous nocturne in which everyone involved is either a profiteer or a victim of the regime. Filmmaker, Ibrahim Batout, had his social and political conscience trained, as he himself says, through his work as a reporter in crisis regions from Bosnia to Iraq.

Since 2008 he has been regarded as co-founder of a new independent cinema. "Ein Shams / The Eye of the Sun" presented a portrait of social dislocation in the suburbs from the perspective of a girl suffering from cancer who dreams of being able to leave Ein Shams for just one day.

Ein Shams is a suburb of Cairo. The name means "eye of the sun" in Arabic, with reference to the fact that Ain Shams is built on top of the ancient city of Heliopolis, once the spiritual centre of ancient Egyptian sun-worship. One scene involving excessive police violence was filmed in 1988 at a demonstration, where the director himself was shot and wounded.

Batout's scriptwriter is Tamer el Sayid who, in early 2011 made "In the Last Days of the City" – a film with an almost prophetic title. Ahmad Abdallah, Batout's cutter, scooped almost all the major Arab festival awards with his last film at the end of 2010. "Microphone" is regarded as the "film of the revolution" a revolution whose impending arrival no one could then have expected; one shot of offending grafitti in the film – "The Revolution starts here" – was even allowed to pass by the censor on the grounds that it merely represented escapist fantasy. 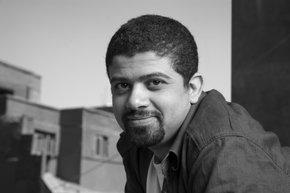 From revolution to cultural politics: Ahmad Abdallah is now part of a committee commissioned with the reorganisation of the film syndicate and censorship system

​​The film's hero, Khaled, is a disillusioned returnee who roams the underground scene with its rappers, skaters, sprayers and alternative artists. "Microphone" depicts a world where funding is misappropriated and performance permits refused, but it also reveals the enormous creative energy on the street.

Batout, el-Sayid Abdullah, Ahmad Rashwan and others maintain a fresh and direct guerrilla style: shot on the streets with amateur actors and improvised dialogue, their films reflect the general stagnation, economic misery and social pressure of daily life in Egypt, the reality that the studio productions of recent decades have neglected.

Restructuring of the cultural sector

Abdallah, who was in Tahrir Square when the machete-swinging camel riders arrived, is now part of a committee commissioned with the reorganisation of the film syndicate and censorship system. Of even more importance, perhaps, is an artistic challenge that has to be addressed. For a long time now, anything critical in Egyptian cinema has been limited to symbolic, indirect suggestion.

"But now that we have been out shouting slogans in the street and have breached the barriers, there is no going back. Now we have to set about the job of changing the language of cinema." The restructuring of the cultural sector will take time however. 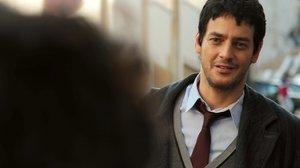 "It's a tough time for artists, they have to learn to change their language," says Khaled Abol Naga, lead actor of "Microphone", who is both a star of the Egyptian cinema and a UNICEF ambassador and human rights activist

​​There are already many digital documentaries and short films being made, but it will take some time before the first substantial feature film arrives. "We have first to take stock of what has happened," says Khaled Abol Naga, lead actor and co-producer of "Microphone", who is both a star of the Egyptian cinema and a UNICEF ambassador and human rights activist.

"It's a tough time for artists, they have to learn to change their language, to think and to write more openly – but this is something that needs to happen. It will take three or four years until we begin to see the kind of work appearing that will adequately reflect the historic change that has taken place."

First of all, the infrastructure will have to be repaired. The cinemas have been closed for a long time and audiences are returning only gradually. Producer Mohamed El Hefzy believes revenue will have fallen by somewhere between 60 and 80 per cent.

Egypt's producers, who often work for the solvent but conservative Gulf States and therefore have to make concessions with regard to the content of their films, are seeing out the projects they have in progress, but are tending to hold fire till after the elections before beginning anything new. An indication of the change can be seen on Egyptian TV where from a total of around twenty-five Ramadan soap operas usually produced there are currently only eight.

This downturn has led new Minister of Culture Emad Abu Ghazi to consider cancelling some of the traditional festivals this year. Festivals such as the once grand, but now badly run-down Cairo Film Festival, as well as the Festival of Alexandria, and the prestigious International Documentary Film Festival of Ismailia on the Suez Canal, all also events tainted by association with the Mubarak entourage for whom they had a valuable prestige function.

Khaled el-Haggar, maker of some of the most commercially successful and socially critical films of the last decade, believes this is sending out the wrong signal. 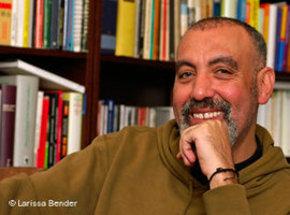 ​​"That would represent destruction, not a new beginning." A small, slimmed-down version would be more honest, and appropriate to the current state of affairs. El-Haggar is cautiously optimistic. In general, significantly more is possible – his long-censored film "Little Dreams", for example, which is set against the backdrop of the Six Day War, has now been shown several times on television. He expects to see a surge of independent films with socially interesting themes over the next few years. "After that we will have the blockbuster comedies once more."

There was uproar at the beginning of May when it was claimed that Sami al-Sharif, head of the radio and television union, had issued a general ban on film kisses and scenes where people embrace and that this was to be applied retroactively to the golden classics too. Al-Sharif, who only a short time before, had announced the end of censorship, immediately denied the rumours; yet the news had struck an uncomfortable chord with the Egyptian creative community, one linked to a fear of being subjected to conditions like those that apply in Iran.

﻿Nepotism and cronyism of the Mubarak system

How difficult it is to comprehend the current situation was illustrated by events at the recent Cannes Film Festival, where Egypt was guest of honour. Of all things, it was the film "18 Days" that led to calls for a boycott. The protesters claimed that star director Yousry Nasrallah who had been invited to put together ten short films on the revolution had indulged in cronyism in his choice of directors for the films. Worse still, two of the directors involved – Sherif Arafa und Marwan Hamed – had made election commercials for Mubarak in 2005.

The protest, according to El-Haggar, was not directed against the collaborators personally: "In order to really make a stand against the habits of nepotism and corruption, a public appeal via Facebook would have been enough," he says. "But such an action would not take account of the critical directors, active since the eighties, or all the young talent, ignored and denied funding."

On the other hand, Yousry Nasrallah was right there on the front line during the earlier "Kifaya" protests and his films, such as the recent "Aquarium", have always taken a critical stance towards the system; Marwan Hamed's notable film version of the novel "The Yacoubian Building" depicted an apartment house and its inhabitants as metaphor for an ailing system.

The film that most tellingly portrays the nepotism, cronyism and kleptocracy of the Mubarak system is Sherif Arafa's visionary 1993 satire, a film that depicts an uprising that begins in Tahrir Square – "Terror and Kebab" is the title of this bizarre comedy.

In Doha, Arabs from Morocco, Tunisia, Egypt and Algeria are gathering to celebrate the first ever FIFA World Cup to be held on Arab soil. The criticism from Europe? Over the top, ... END_OF_DOCUMENT_TOKEN_TO_BE_REPLACED

November 2022 sees the Arab world firmly in the spotlight with the COP27 in Egypt and the FIFA World Cup in Qatar. Public trust in MENA governments is weak, thanks to their ... END_OF_DOCUMENT_TOKEN_TO_BE_REPLACED

Palme d’Or winner "Boy from Heaven" is a classic crossover film in which cultural elements are mixed together in haphazard and random fashion. Shady Lewis Botros bemoans the ... END_OF_DOCUMENT_TOKEN_TO_BE_REPLACED

COP27 in Sharm el-Sheikh is turning into a PR disaster for Egypt’s military regime. Instead of praise for the host, the news is full of solidarity for imprisoned activist Alaa ... END_OF_DOCUMENT_TOKEN_TO_BE_REPLACED

END_OF_DOCUMENT_TOKEN_TO_BE_REPLACED
Social media
and networks
Subscribe to our
newsletter