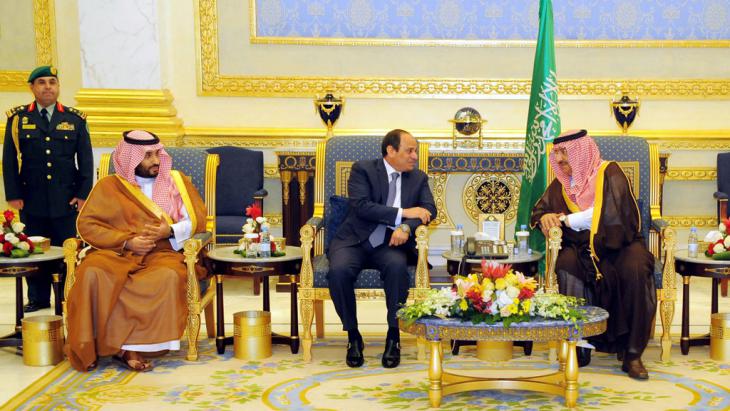 Saudi Arabia has stumped up billions to help Egypt′s economy in recent years. But bilateral relations seem to be cooling under the new Saudi King Salman. An analysis by Sebastian Sons

″Egypt has become a second home for us. We spend our holidays and do our business there.″ These words by a Saudi businessman show how close relations between the two countries are. With a population of nearly 100 million, Egypt is the biggest sales market in the region. Its location between Europe and sub-Saharan Africa is geostrategically important.

At the end of the 19th century, Egyptian merchants travelled to Mecca and Medina for the hajj pilgrimage and settled in Jeddah, the Saudi port on the Red Sea.

Today, some 3,200 Saudi companies operate in Egypt and Saudi Arabia is Egypt′s most important trading partner in the Gulf. From 2009 to 2014, foreign direct investment totalled $ 1.3 billion. Investments worth billions are planned. For example, a 20-kilometre-long power cable will be laid between the two countries on the floor of the Red Sea. The costs will amount to $ 1.6 billion. Moreover, the Saudi construction giant Binladin Group is expected to build a $ 3 billion bridge between Egypt and Saudi Arabia.

Pie in the sky?

And in March 2015, bilateral agreements were signed for investments amounting to $ 13 billion in gas, coal and solar power plants. They will generate 7,000 megawatts of electricity. That said, it remains to be seen whether these megaprojects – some of which have been on the drawing board for years – will actually be realised or whether they are just pie in the sky.

Egypt matters more to the Saudi economy than, let′s say, a country like Tunisia. Small in comparison to Egypt and with a population of just 12 million, Tunisia offers precious few business opportunities for Saudi companies. As one Saudi businessman said, the country is ″too far away and more a part of Europe.″ In Saudi eyes, the dominance of European companies, lots of red tape and the reluctance of Tunisian politicians to give preferential treatment to Saudi investors stand in the way of closer economic ties. Currently, only 39 Saudi companies have a presence in Tunisia and they account for just 6,200 jobs. 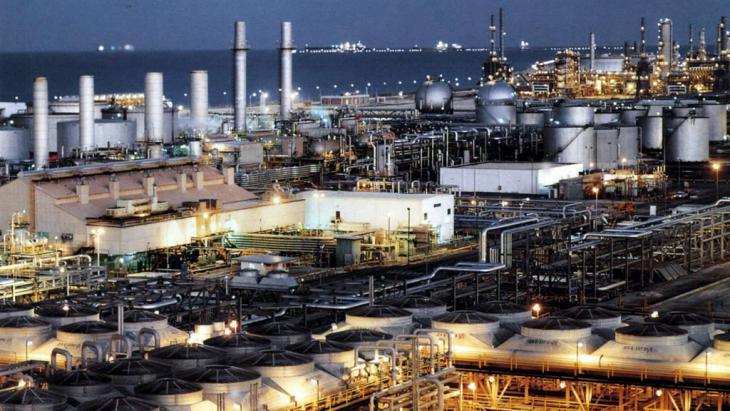 In Egypt, on the other hand, Saudi presence remains strong – whoever is in power. This was evident during the presidency of Mohammed Morsi from 2012 to 2013. He was not accepted by the Saudi royal family. Even so, bilateral trade and investment flows stayed at a constant high level.

Morsi ordered 29 projects implemented by Saudi Arabian parties to be investigated for corruption and that step triggered indignation on the Saudi side. But Saudi businessmen are on such good terms with Egyptian politicians that legal hassles were swiftly resolved. ″If I have a problem, I don′t need the support of the king. I have the Egyptian president′s mobile number and give him a call,″ a Saudi entrepreneur says. Opaque patronage networks work regardless of who holds political power.

Profit rather than development

The ″fat cats″ of Egypt – the all-dominating business elite – and the Saudi patriarchs of the big families co-operate while they compete with one another. Their give-and-take relationships are geared to lucrative returns, not long-term development.

Accordingly, only a small fraction of those in need profit from Saudi investment: construction focuses on luxury apartments and hotel complexes rather than mass-market homes. Not many jobs are created and long-term structural reforms are hindered rather than helped by Saudi investors. After all, like their Egyptian counterparts, they benefit from the existing system.

The former Saudi King Abdullah, however, saw President Morsi, the Muslim Brotherhood′s victorious election candidate, as a threat to his own legitimacy. The Brotherhood had won power in a democratic poll in 2012. Against the backdrop of the ″Arab spring″, he feared a fallout in Saudi society. 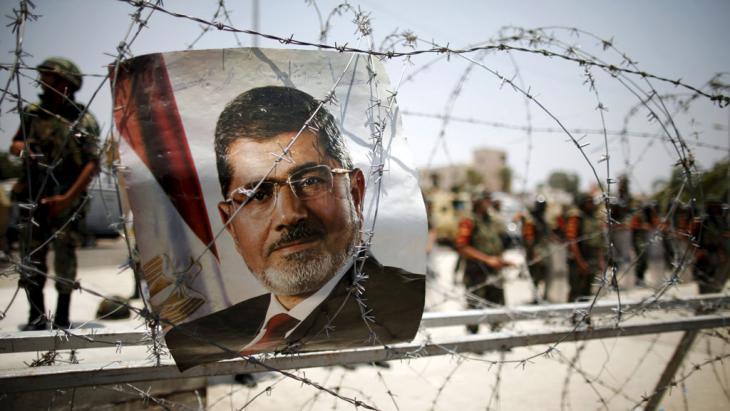 A thorn in the side of the Saudi royal family: "The former Saudi King Abdullah, however, saw President Morsi, the Muslim Brotherhood′s victorious election candidate, as a threat to his own legitimacy. The Brotherhood had won power in a democratic poll in 2012. Against the backdrop of the ″Arab spring″, he feared a fallout in Saudi society," comments Sons

Many young Saudi men and women welcomed the uprisings in Tunisia and Egypt, sympathising with the calls for democracy and freedom and – in some cases – even with the Muslim Brotherhood. From the Saudi viewpoint, the Brotherhood′s anti-monarchical ideology was a threat to domestic stability.

In the 1950s and 1960s, members of Egypt′s Muslim Brotherhood fled to Saudi Arabia, seeking refuge from persecution by Egypt′s then President Gamal Abdel Nasser. They worked as teachers and political advisors.

Their world view influenced sections of Saudi youth and ultimately inspired a movement of dissent in the 1990s. Known as the Sahwa (“Awakening”) movement, it demanded, among other things, a constitutional monarchy. Accordingly, the Muslim Brotherhood has long been perceived as an enemy by the House of Saud. Morsi′s electoral victory rekindled old resentments. Fear of the Brotherhood became a defining factor of Saudi policy towards Egypt through to 2014.

Consequently, the Saudi royal family welcomed Morsi′s overthrow by the Egyptian military in July 2013. It launched a sweeping campaign in support of the military regime of Abdul Fattah al-Sisi, who later became president. By spring 2015, around $ 12 billion of subsidies flowed into the country, including at least $ 2 billion in central bank deposits, $ 2 billion in interest-free loans and around $ 3 billion in development assistance. All that was supplemented by free oil and gas supplies.

In addition, a further $ 20 to 30 billion is thought to have flowed directly to the military, although there is no corroborating paper trail. The message was clear, however: Saudi Arabia wanted to stabilise the new regime at ″whatever cost″, as one Saudi policy advisor put it. ″For the first time in Saudi Arabia′s history, the kingdom was acting like Egypt′s big brother.″ The aim was to banish the Muslim Brotherhood from political life. What followed was a campaign of repression by al-Sisi against Brotherhood members. Such action was flanked by measures to protect Saudi investments in Egypt and improve the desperate state of the Egyptian economy. 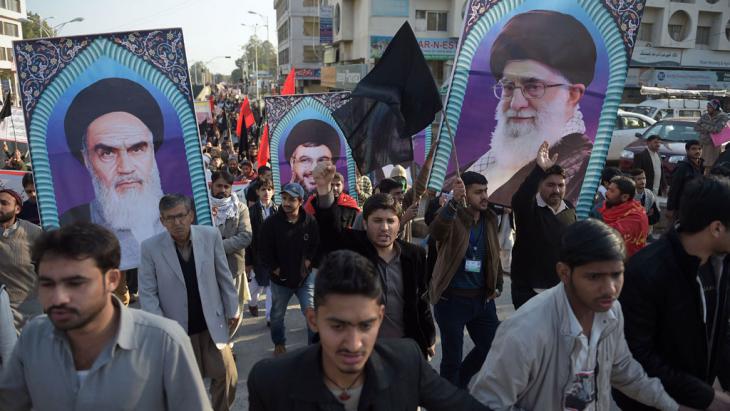 Riyadh′s "Iranoia": these days Egypt is considered a major ally of Saudi Arabia in its jostling for regional supremacy with Shia Iran. The Saudi regime broke off diplomatic relations with Iran following the storming of the Saudi embassy in Tehran. The unrest was triggered by the execution of the prominent Shia cleric Nimr al-Nimr in Sunni Saudi Arabia at the beginning of January 2016

Some in the business community hoped that projects launched under al-Sisi would receive more political support than under Morsi. And their hopes were fulfilled: at the end of 2013, a Saudi Egyptian business association was established to promote deeper business relationships.

Under the new King Salman, however, the days of Saudi support appear to be over. Abdullah died in January 2015 and his successor faces new challenges: since Morsi′s overthrow in Egypt, the appeal of the Muslim Brotherhood has diminished radically across the region. Instead, Salman now fears the growing influence of arch-rival Iran. He sees his country surrounded by Iranian Shia vassals in Iraq, Yemen, Bahrain and Syria – and that has an impact on relations with Egypt.

Under Abdullah, the fight against the Muslim Brotherhood was the foreign policy priority; now it is the ″Iranoia″-driven desire to contain the Islamic Republic. Evidence of ″Iranoia″ was furnished in January by the execution of the high-ranking Shia cleric Sheikh Nimr Baqir al-Nimr, which unleashed a storm of protest in Iran.

As long as Saudi Arabia′s own security and economic interests are not threatened, Egypt has become a less important neighbour. Financial assistance has been discontinued under Salman. It was announced in December that a governmental Saudi fund will invest $ 8 billion in Egypt, but direct financial assistance will not resume.

Salman needs billions for waging the war he started in Yemen, plugging the 20 % budget deficit caused by the falling price of oil and fighting 30 % youth unemployment. Saudi bloggers like to criticise financial assistance to other countries on the grounds that the money is needed in Saudi Arabia itself.

In recent decades, Saudi Arabia has been a generous donor of official development assistance (ODA) – and not only to Egypt. Between 1975 and 2005 alone, it handed out $ 90 billion to countries in Africa, the Arab world and Asia. In 2013, ODA totalled $ 1.3 billion, making Saudi Arabia the 20th largest donor in the world. A third of development assistance over the past ten years has gone to countries like Pakistan, Sudan and Yemen. Whether those payments can be kept up, however, seems doubtful given Saudi Arabia′s tight budget.

Moreover, in the Syrian crisis, al-Sisi is getting closer to Syria′s President Bashar al-Assad, a declared enemy of Riyadh. To halt the advance of Iran and fight IS, the Saudi Kingdom needs Turkey or Qatar, which moreover it considers to be supporters of the Muslim Brotherhood. In order to win over the two governments concerned, the House of Saud appears to want al-Sisi to scale down repression of the Muslim Brotherhood. The two partners do not pull together in Yemen either: Saudi Arabia demanded that Egypt put up troops to support the military operation; al-Sisi′s response was reluctance.

In September 2013, the late Saud al-Faisal, Saudi Arabia′s foreign minister at the time, said: ″Every beginning has an end. We cannot support Egypt forever.″

Sebastian Sons is an associate fellow at the German Council on Foreign Relations (DGAP). He is currently preparing a PhD thesis on labour migration from Pakistan to Saudi Arabia at Humboldt University of Berlin.

The past enthusiasm of the Egyptians lives on in the Iraqis of today. But just as they were nine years ago in Cairo, current prospects in Baghdad are dim. A comparison by Birgit ... END_OF_DOCUMENT_TOKEN_TO_BE_REPLACED

Insults directed against Egyptian President Abdul Fattah al-Sisi have been particularly prominent among the hundreds of chants by Arab protestors in Algeria, Sudan, Iraq and ... END_OF_DOCUMENT_TOKEN_TO_BE_REPLACED

Political analyst Taqadum al-Khatib argues that Egypt can, in co-ordination with its European partners, develop a common vision to solve the complex conflict in Libya. For this to ... END_OF_DOCUMENT_TOKEN_TO_BE_REPLACED

The upheavals of the past year in the MENA region are arguably as momentous as those of the Arab Spring in 2011. Yet perhaps the biggest difference is that our interest seems to ... END_OF_DOCUMENT_TOKEN_TO_BE_REPLACED