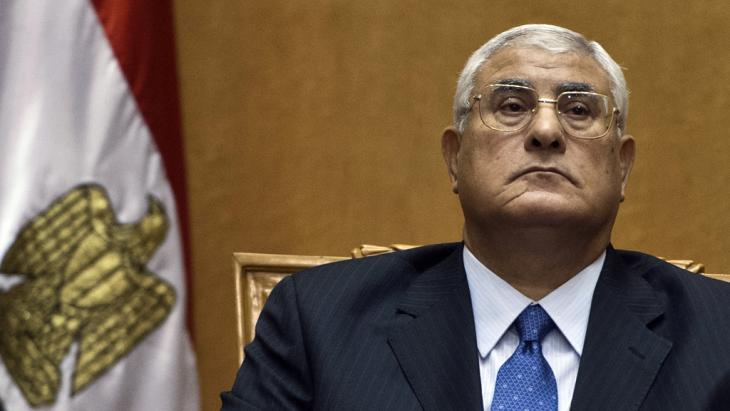 A Setback for Human Rights

When Mohammed Morsi was ousted from office in early July, Egypt's transitional government promised that new, free elections would swiftly follow. Since then, it has excluded the Muslim Brotherhood from the political process and is systematically restricting civil rights under the pretext of combating terrorism. By Claudia Mende

After the overthrow of Mohammed Morsi, the transitional government under President Adly Mansour declared a state of emergency that was supposed to remain in force until at least mid-September. It gave the police and army wide-ranging powers to arrest civilians at any time and censor the media, allegedly in the interests of national security.

This is nothing new in Egypt. Over the past 30 years, until the overthrow of Mubarak in 2011, the country was continuously governed under a state of emergency. The Cairo branch of the human rights organisation Human Rights Watch views this development as a fatal setback. "Security forces will read it as a licence for additional reckless and unlawful use of force, particularly given the long history of abuses carried out under states of emergency in Egypt," wrote the organisation in its most recent report on the situation in Egypt.

It is likely that the attempted assassination of Egyptian Interior Minister Mohamed Ibrahim last week will serve as a pretext for prolonging the state of emergency beyond September.

The resurgence of a despised  police unit

Not only is Mohammed Ibrahim seen as one of the people who was principally responsible for the ruthless methods employed by the security forces in dispersing the Muslim Brotherhood sit-in on 14 August in Cairo, he also officially reinstated the despised Mabahith Amn ad-Dawla, a special police unit that was nominally disbanded after the overthrow of Mubarak. That being said, there is a considerable measure of doubt as to whether or not it ever truly ceased to exist. 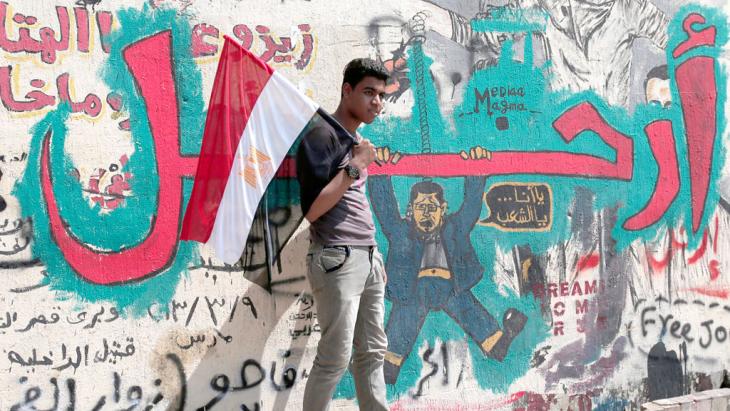 Growing political confrontation: since President Mohammed Morsi was overthrown by the military on 3 July, the Muslim Brotherhood and the interim government, which has the support of the military, have been locked in a bloody struggle

Whatever the case, the official reinstatement of this feared security unit is a step back to the Mubarak era under the guise of rescuing the nation. It should be kept in mind that police brutality was one of the main factors leading to the emergence of the protest movement in 2011.

Egyptian human rights activists see the fundamental problem with the security forces – whether under the Islamist President Morsi or under the new transitional government – as the "lack of real accountability of those in authority". Nine leading human rights organisations, including the Cairo Institute for Human Rights and the Egyptian Initiative for Personal Rights, have issued a joint declaration sharply condemning the bloody actions of the security forces.

"The Egyptian security forces' recurrent use of excessive, lethal violence in the face of political protest will only exacerbate the political ills that led Egyptian society to rebel against the policies of Mubarak, the Supreme Council of the Armed Forces (SCAF) and the Muslim Brotherhood," reads the statement.

The perpetrators of this violence need not fear ever being tried in court. To date only mild prison sentences have been handed down to low-ranking police officials for the violence of 2011 – and only in exceptional cases at that. However, those actually pulling the strings in the background have always gone unpunished. 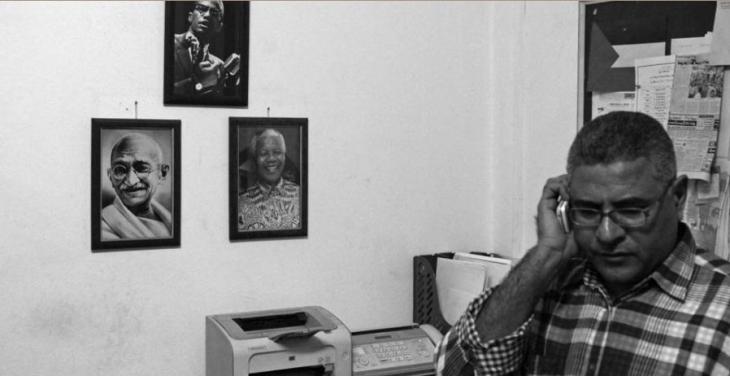 Gamal Eid, director of the Arabic Network for Human Rights Information. In a recent press release, the ANHRI said that it is "deeply worried about the Egyptian authorities’ continuation of drafting legislations and laws that enable them to control the public work in Egypt and to impose arbitrary restrictions on the opposition under the cover of facing terrorism; that is to justify its expansion in shackling the public freedoms."

Gamal Eid, lawyer and director of the Arabic Network for Human Rights Information (ANHRI), which was established in 2004, is seen as the initiator of the declaration. Eid is known to be impartial, as he constantly denounced the wrongdoings of both the military and the Muslim Brotherhood. He sees both parties in the conflict as being caught up in a vicious circle in which each uses the other as a scapegoat to justify its own violent actions.

"Until now," says Eid, "the Islamists have been providing the military with the justification to use violence against them. They have to stop inciting violence in Cairo, in Sinai, or wherever."

He has been demanding more transparency and co-operation from the authorities in clarifying the violent incidents that have occurred since the overthrow of Morsi, resulting in more than a thousand deaths and countless injuries. ANHRI is also very concerned that the transitional government is drafting new laws that will "impose arbitrary restrictions on the opposition" under the smokescreen of its fight against terrorism.

Heba Morayef from Human Rights Watch in Cairo says that it is not right to speak of systematic violence among members of the Muslim Brotherhood. She says that it has only been a "tiny minority" of Islamists who have behaved violently during the demonstrations following the coup in July. In her view, the reaction of the state authorities has been "completely disproportionate." She says that the state has a duty to arrest perpetrators of violence, but not to put their lives at risk. 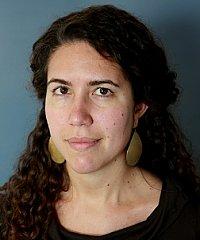 Some 2,000 Morsi supporters have been arrested; some have been mistreated. Together with the former president, the entire leadership of the Freedom and Justice Party now sits in prison awaiting trial. Politically motivated show trials are to be expected. Already last week, a court condemned a group of 64 Islamists to long prison terms.

In the context of the impending constitutional reform, there have been discussions about including in Article 6 a ban on political parties that are based on religion. This would, in effect, impose a constitutional ban on the Muslim Brotherhood engaging in political organisation.

Reporting on human rights violations under the transitional government is being intentionally hampered. ANHRI has been working on behalf of critical journalists who have been arrested on flimsy grounds. During the violent clearing of the pro-Morsi protest camps on 14 August, four journalists were killed. The perpetrators have yet to be identified.

Under President Morsi, the Islamic press vilified its political opponents as infidels. Things have since changed. Now, any kind of opposition protest is flatly dismissed as "national treason", a charge that is levelled at anyone who still dares to criticise the military and the transitional government.

International relations are shifting across the Middle East as regional powers adapt to America's retrenchment and China's growing influence. Although the region could become the ... END_OF_DOCUMENT_TOKEN_TO_BE_REPLACED

No other Western poet was arguably so well-versed in the Koran or so fascinated by Islam as Germany's national hero, Goethe. In a new publication that examines all Goethe's ... END_OF_DOCUMENT_TOKEN_TO_BE_REPLACED

"The people aren’t ready for democracy" has been the constitutional basis for Arab tyranny, its favourite slogan and its sacred narrative for more than a century. Yet, asks Khaled ... END_OF_DOCUMENT_TOKEN_TO_BE_REPLACED

A new global database shows a significant gap in reported COVID-related deaths, suggesting the actual worldwide death toll is short by at least 1 million. That's due in part to ... END_OF_DOCUMENT_TOKEN_TO_BE_REPLACED

Two decades after the attacks of 11 September 2001, the West faces the shattered debris of its failure – not only in Afghanistan, but also in Iraq, Syria, Libya and Yemen. What ... END_OF_DOCUMENT_TOKEN_TO_BE_REPLACED

Caught up in discussions on the future of local Afghan forces and new Islamist threats, people are failing to grasp the historic scale of the debacle, argues Stefan Buchen in his ... END_OF_DOCUMENT_TOKEN_TO_BE_REPLACED
Author:
Claudia Mende
Date:
Mail:
Send via mail

END_OF_DOCUMENT_TOKEN_TO_BE_REPLACED
Social media
and networks
Subscribe to our
newsletter