Eid exodus: Asia's Muslims on the move for end of Ramadan

Millions of Asia's Muslims were on the move on Wednesday as they headed for home towns to celebrate with relatives the Eid ul-Fitr holiday marking the end of the holy fasting month of Ramadan.

From Karachi to Kuala Lumpur, highways, airports and train stations were jam-packed in an annual exodus that made Indonesia's usually traffic-clogged capital Jakarta look like a ghost town. Some 70 percent of its residents – about eight million people – headed for other cities and villages across the vast archipelago, home to the world's biggest Muslim-majority population.

About 32 million Indonesians were estimated to be on the move this week, while some 50 million in Bangladesh were thought to be heading home.

"This year some 11.5 million people will leave the capital Dhaka to go back to their villages to celebrate Eid," said Mozammel Hoque Chowdhury, general secretary of the Passengers Welfare Association.

Ramadan is a holy month for the world's Muslims. It is a month of peace and the time in which the Koran was first sent down from heaven to the Prophet Mohammed. The fasting takes place from sunrise to sunset and means abstinence from eating, drinking and sex. It is a form of worship. Those who fast should gain a better appreciation of the predicament of the poor and the destitute. Ramadan is also a month devoted to intensive prayer and social welfare. Our slide show presents impressions of Ramadan from the varied Islamic cultures all across Asia. 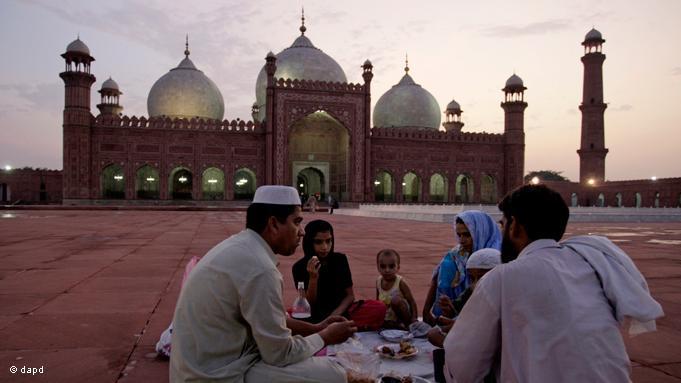 During Ramadan, the ninth month of the Islamic lunar calendar, the breaking of the fast, or ''Iftar'', begins at sunset. A Pakistani family celebrate ''Iftar'' on the square of the 17th century Mughal Badshahi Mosque in Lahore 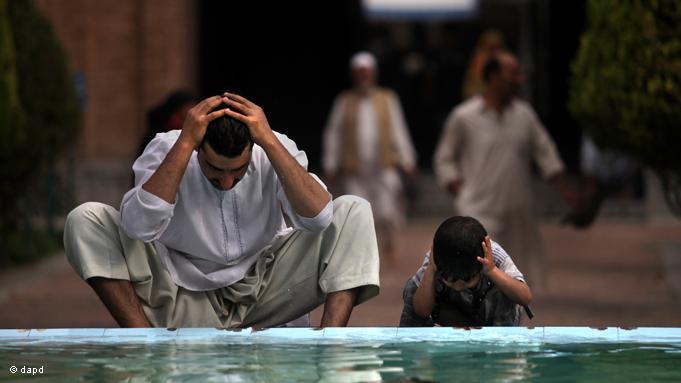 A father and son in Indian Kashmir conduct the cleansing ritual to prepare themselves for the obligatory prayers. Ramadan is also a time devoted to intensive prayer and spiritual reflection 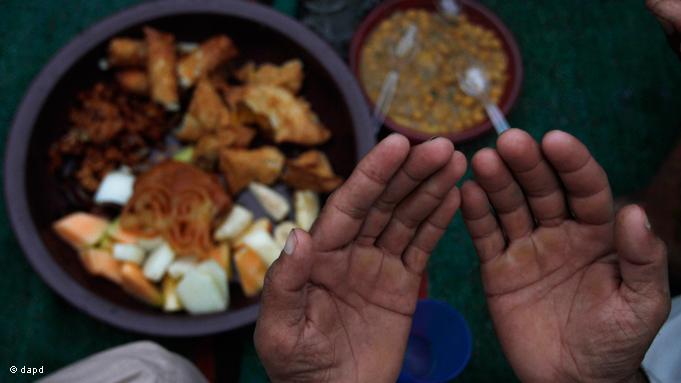 Every country has its own culinary customs for the ''Iftar'' celebration. In Pakistan, for example, the fast is broken with dates, pakora, choley and chutney. A short prayer is uttered before the breaking of the fast 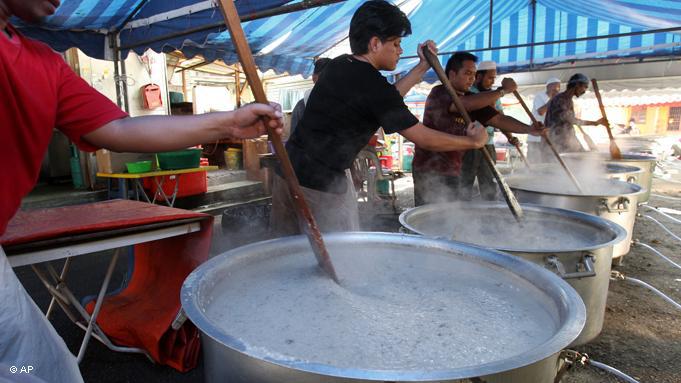 Muslims are required to share their food with the poor during Ramadan. Here in the Malaysian capital Kuala Lumpur, food is prepared for residents of the entire city 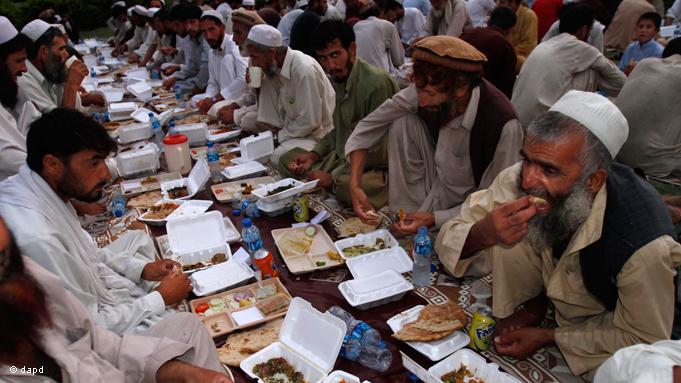 Iftar dinner for jobless men in Afghanistan. Alongside the declaration of faith, daily prayer, the pilgrimage to Mecca and the giving of alms, fasting is, as one of the five pillars of Islam, an integral element of the faith 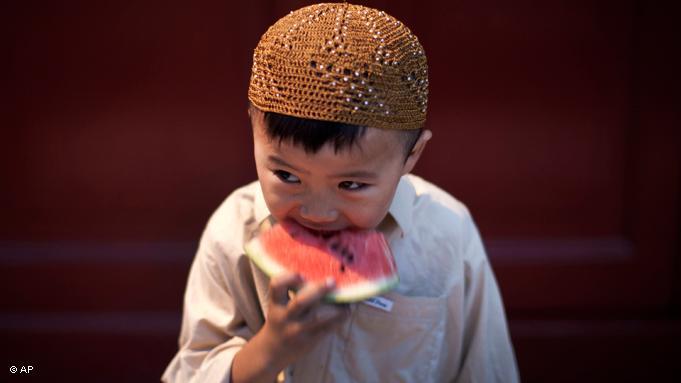 Children, such as this boy, who is a member of the Chinese Hui minority, are exempt from fasting. Pregnant women and the sick are also not required to fast 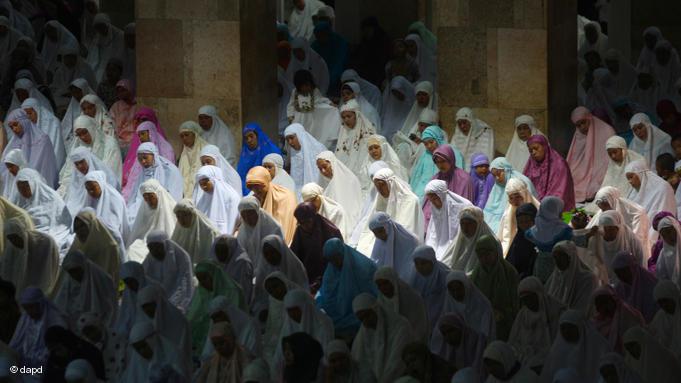 Women conducting ''Tarawih'' prayers at the Istiqlal Mosque in Jakarta. Tarawih prayers are extra prayers performed at night during Ramadan 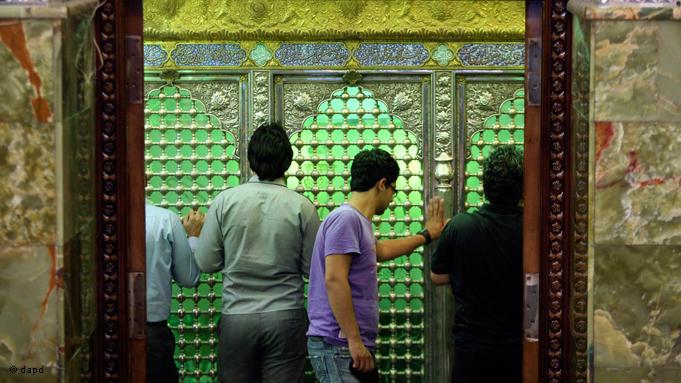 Ramadan sees increased numbers of the faithful visiting holy shrines, to express their wishes and prayers. Iranian Shiites touch the grave of Saleh at his mausoleum north of the capital Tehran 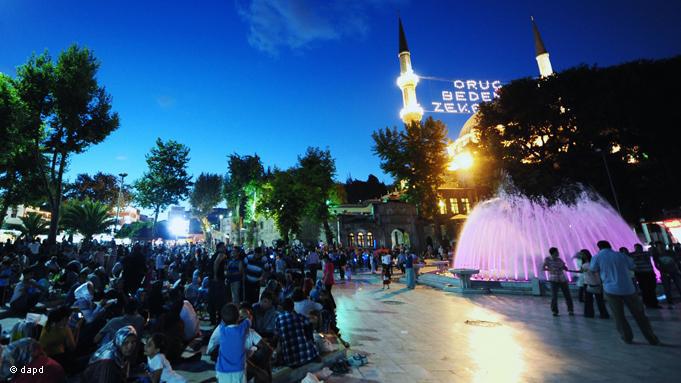 Close to the historic Eyüp Sultan Mosque in Istanbul, people enjoy the short night before the next day of fasting begins 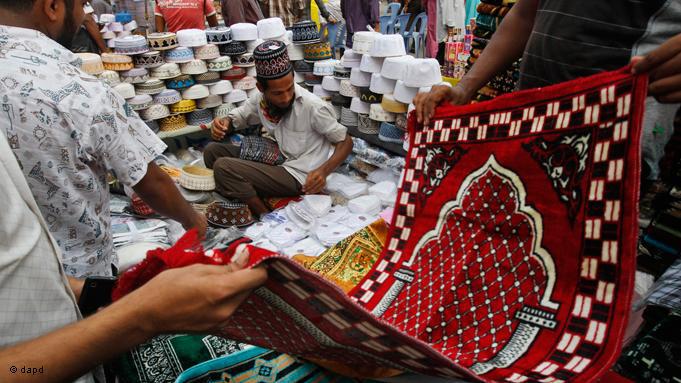 Household outgoings soar during Ramadan. Many people are not only spending more money on food, they also buy prayer mats and other religious articles. Market in Bangladesh 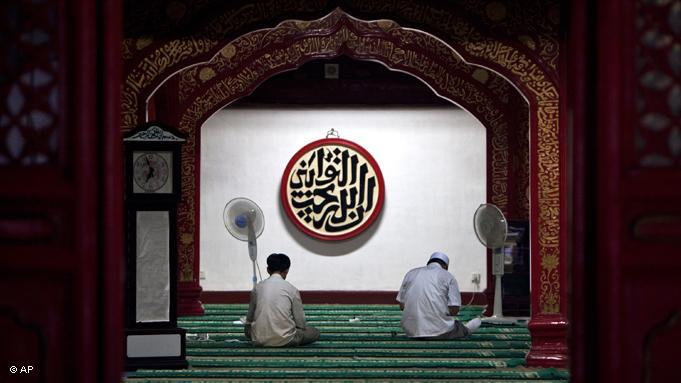 China is home to around 22 millions Muslims, members of the Hui and Uyghur minorities. Many of them are fasting this month. Two Hui Muslims read the Koran in this Chinese mosque in Beijing 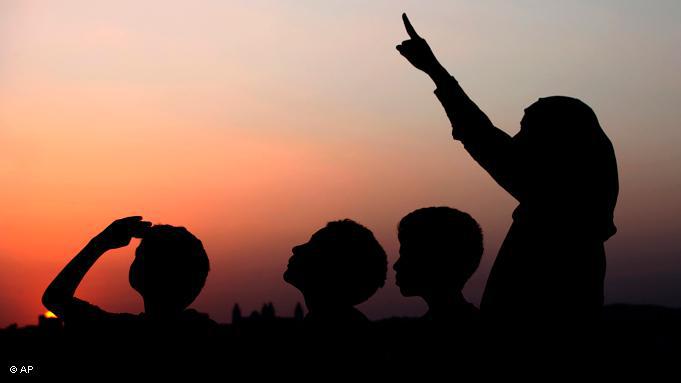 The beginning and the end of Ramadan are determined with the sighting of the crescent of the moon. This year, the holy month began on 1 August and will probably continue until the 30 or 31 of August

Afghans, meanwhile, were hoping for a peaceful Eid after the Taliban announced their first ceasefire since the 2001 US invasion. The group agreed to stop attacking Afghan security forces for the first three days of the holiday, overlapping with the government's week-long halt to hostilities against the militants. In the capital Kabul, traffic was worse than usual as families defied the threat of suicide attacks ahead of the holiday to stock up on dried fruits, nuts, sweets and cookies.

Pakistanis were also complaining of congestion as authorities said they expect road traffic to more than double ahead of the holiday. The country's railways have announced special "Eid trains" with extra carriages and discounts to tackle the rush.

In Malaysia, traffic slowed to a crawl on major roads out of Kuala Lumpur, with traffic expected to soar by some 70 percent over the usual volume.

India, which has a 180 million-strong Muslim minority population, does not see a huge annual mass migration. But Delhi bank clerk Shakir Khan is among those who will be headed home for the holiday.

"We live in a very fast-paced world and Eid is always special as it gives you a chance to reconnect with your family and friends," the 29-year-old told journalists.

Eid, which is expected to begin from Thursday, comes at the end of Ramadan, when Muslims abstain for a month from activities including eating, drinking, smoking and sex during daylight hours.

Safety will be a big factor in some countries. Some 276 Bangladeshis died in road accidents during Eid last year, while the number in Indonesia was an eye-watering 740 people.

The Southeast Asian nation's often dangerous roads were clogged with thrifty travellers who packed whole families onto one motorcycle – plus luggage – for gruelling trips that can last upwards of 15 hours.    (AFP)

END_OF_DOCUMENT_TOKEN_TO_BE_REPLACED
Social media
and networks
Subscribe to our
newsletter