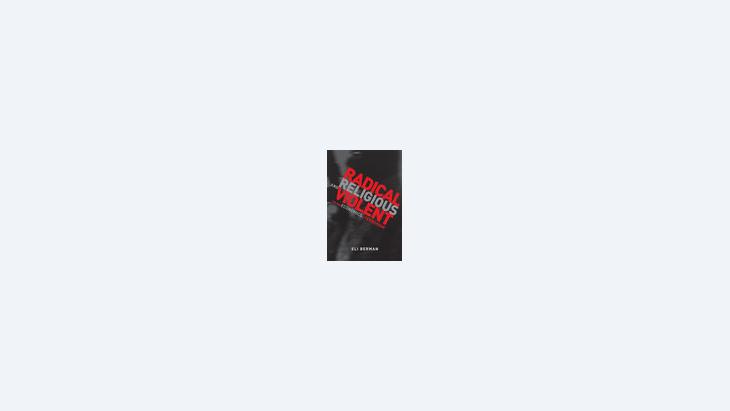 ​​ Palestine Liberation Organization Chairman had a terrorism problem in 1973. His guerrillas, including the PLO's elite Black September unit, had forced the plight of the Palestinians onto the international agenda. Now Arafat needed to translate that success, marred by his image as the leader of a bloodthirsty terrorist organization, politically and diplomatically.

Terrorism threatened his ability to achieve international legitimacy. Black September had assaulted the Israeli Olympic team during the 1972 Munich Olympics, assassinated Jordanian Prime Minister Wasfi al Tal and the US and Belgian ambassadors to Sudan, hijacked a Belgian airliner and attacked targets in Germany, the Netherlands, Britain and Greece.

Arafat needed to control Black September's 100 operatives who were itching to launch further attacks. To do so, the PLO leader opted to give members of his elite force a reason to live rather than die by recruiting 100 young Palestinian women dedicated to the cause.

The operatives were offered each an apartment in Beirut furnished with a gas stove, a refrigerator and a television and $3,000 in cash if they married one of the women. The ploy worked so well that the operatives not only forswore violence but refused to travel on PLO political and diplomatic missions because they were afraid of being arrested outside of Lebanon and didn't want to be separated from their families. Black September has not been heard of since.

Arafat's approach together with the successful program of the Northern Ireland prison service that offered jailed Irish Republican Army and Loyalist operatives to visit their ageing parents, wives and children is the forerunner of Saudi Arabia's much touted rehabilitation program for Al Qa'ida operatives who are captured or turned themselves in. 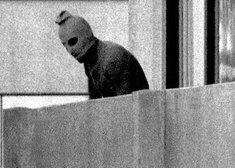 From the battle ground of international terrorism to the reclusive domestic life in a Beirut suburb: PLO leader Yassir Arafat managed to dissolve the terrorist unit Black September, responsible for the murder of eleven Israeli athletes and officials during the 1972 Munich Olympics

​​ Key to the approach is neutralizing the ability of militant organizations to prevent defection, particularly religiously motivated ones like the currently most lethal groups – Lebanon's Hizbollah, Palestine's Hamas, Pakistan's Lashkar e-Taiba and the Taliban.

In his book, "Radical, Religious and Violent – The New Economics of Terrorism", Eli Berman, a former member of the Israeli military's elite Golani brigade-turned-University of California economist, focuses on the Achilles Heel of militant groups or what he calls "the defection constraint".

Berman quotes an interview with a former Viet Cong rebel that political scientist Sam Popkin conducted four decades after first meeting the guerrilla fighter. The Viet Cong operative recalled that it took the group a few days to recover from the loss of comrades killed in action, but that it could take months to limit the damage done by a defector. 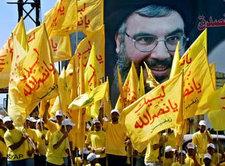 Militant organizations often pose a serious threat to governments by building on the provision of social services – education, health, and enforcement of law and order. Pictured: Hezbollah rally in Beirut, Lebanon

​​ Berman argues that it is not religion that makes the likes of Hizbollah and Hamas the world's most lethal and seemingly sustainable militant organizations capable of posing a serious threat to governments as opposed to Al Qa'ida, for example, or the Jewish Underground that targeted West Bank Palestinians in the early 1980, groups that have been progressively weakened or defeated.

Rather it is the ability of groups like Hizbollah and Hamas to build on the provision of social services – education, health, sports and enforcement of law and order – established mostly before turning to violence to ensure loyalty and prevent defection of their members, including suicide bombers, whom Berman describes as rational altruists rather than deranged operatives poisoned by hate and motivated by heavenly rewards.

Successful militant groups create a mutual aid environment through their provision of services and limiting members' economic and social options outside that environment. In effect, groups like Hizbollah and Hamas are economic clubs that cater to the spiritual and material needs of their dependent members. The bigger the revenue stream they are able to generate, often through criminal activity such as smuggling and drug trafficking, the better they are able to do so. 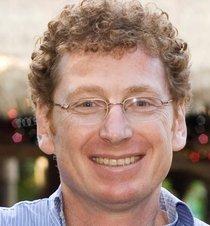 ​​ "Radical Islamists thrive when governments allow them to pursue these methods with impunity, ceding provision of basic social services such as security, education and healthcare," Berman says, noting that the club model is not unique to Islamists.

The Sicilian Mafia, for example, emerged from the ruins of World War Two by resurrecting itself as an economic club. Arafat, the Northern Ireland prison service and Saudi Arabia succeeded in turning militants into healthy members of society exactly because they were able to break the vicious cycle imposed by such clubs by offering club members exit options.

At least in theory, that lesson has seeped into the doctrine of counter terrorism and counter insurgency strategy. It's the cost-benefit analysis of that lesson and the organizational implications it has for the military that has yet to sink in to turn words into deeds.

This cost-benefit analysis of Berman's costly counterterrorism recipe involving offering exit options to members of militant clubs, competing directly with rebels in the provision of social and economic services, protecting service providers and reducing rebel revenues garnered from illegal economic activity becomes most apparent in an analysis of militant groups' use of suicide bombers. Berman's analysis shows that rebel groups employ suicide bombers almost exclusively against hardened targets on which governments spend hundreds of billions of dollars each year to secure.

In Berman's view, the cost of hardening targets and defending them against suicide bombers is far higher than the cost of weakening militant clubs and reducing their ability to employ suicide bombers. "Concentrating on capturing or killing every last terrorist (or buying off some warlord to do so) can probably only succeed in the short run, since the underlying conditions of weak governance and/or weak service provision will likely continue to generate new terrorist clubs.

The challenge is then to find a way to sustainably stabilize allied governments in countries currently generating terrorism, not by merely improving their coercive capability but by also enhancing the ability of local government to provide basic services that replace those provided by clubs," Berman argues.

The sooner the United States and its allies are able to translate words, anchored in Berman's theory, into deeds, the sooner counterterrorism is likely to produce sustainable rather than immediate but perishable results.

Helping People Opt Out of Militant Islamism
Employing Beelzebub to Drive out the Devil?
Germany plans to introduce in the medium term support programmes for Islamists who would like to turn their back on extremism, similar to the ones that already exist for right-wing extremists. But how effective could such programmes be and would Islamists be drawn to them? Albrecht Metzger reports

END_OF_DOCUMENT_TOKEN_TO_BE_REPLACED
Social media
and networks
Subscribe to our
newsletter