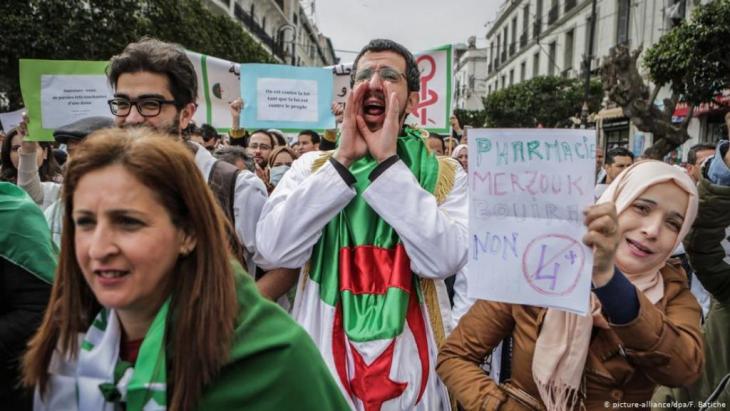 Ask what happened to the spirit of Tahrir Square and we find the reply in the Maghreb. Today Tahrir Square is in Algeria, in Sudan, and in many other places besides. Perhaps the secret of the Arab Spring lies not in its victories or its defeats, writes Elias Khoury, but in its ability to liberate people from fear

Anyone visiting Egypt today will search in vain for that spirit of Tahrir Square which brought such upheaval to the Arab world early in the 21st century. The spark of revolution, which started in Tunisia and spread to Egypt, Libya, Yemen, Syria and Bahrain, found in Tahrir Square the place that would become the symbol of the Arab peopleʹs uprisings against tyranny. Tahrir Square was a laboratory of freedom and its side streets saw remarkable popular resistance to despotism and dictatorship.

What happened to the Square? Has it disappeared amid the full-scale repression which the young activists of the revolution have faced as a result of the quasi-public collusion between the Supreme Council of the Armed Forces (SCAF) and the Muslim Brotherhood? It ended with a coup against the Brotherhood, which restored military rule.

Alaa al-Aswanyʹs novel "The Republic, As if" was damning in its accusations, reality mixing with fiction during this bloody phase in the life of Tahrir Square. It led directly to the writer being brought before the military court! Published by Beirutʹs Dar al-Adab, the book was banned from Egypt.

Recently the Actors Guild in Egypt expelled Amr Waked and Khaled Abu El-Naga from its membership on charges of high treason. The reason: the two actors criticised the constitutional changes at a conference in Washington attended by several members of the U.S. Congress!

The expulsion notice, which was signed by the head of the Actors Guild, Ashraf Zaki, appeared with shocking haste and without an investigation. It is a blatant example of the regimeʹs intent to ditch the law and is a sign of the new Egypt. 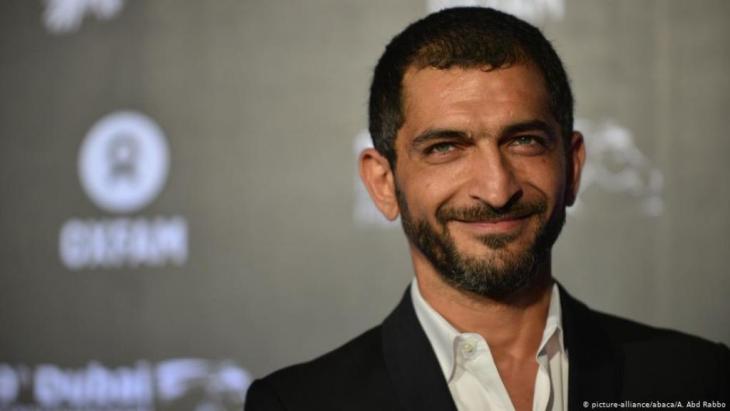 A dictatorʹs priorities: actor Amr Waked and his colleague Khaled Abu El-Naga were recently charged with ʹhigh treasonʹ and expelled from the Egyptian Actors Guild for criticising constitutional changes introduced by President Sisi while attending a conference in Washington. Signed by the head of the Actors Guild, the expulsion notice appeared with shocking haste and without an investigation. Yet how has the Guild, which is supposed to defend its members, become the kind of tribunal that rules in absentia?

But what is the meaning of high treason? And how has the Guild, which is supposed to defend its members, become the kind of tribunal that rules in absentia without even hearing their defence?

It is a pointless question: tyranny is the enemy of the legal framework which protects citizens. The priority of any dictatorship is to destroy the legal process and to strip society of the protections it has acquired through hard struggle.

The first thing one notices about the government-controlled media in Egypt is its mediocrity and its extraordinary ability to trivialise itself in its attempt to ridicule its opponents.

Perhaps the height of hypocrisy is seeing two talk show hosts discussing the January revolution and suggesting that it did not happen, or that what happened was nothing but anarchy and that the Army intervened to restore control within the remit of its war on terror!

Shot, beaten to death or drowned: a demonstration by tens of thousands of Algerians ended in the "Paris Massacre" on 17 October 1961. Sixty years on, historians and victims' ... END_OF_DOCUMENT_TOKEN_TO_BE_REPLACED

The memory of experienced injustice plays a central role in the transformation of societies towards democracy. In the Arab world, the critical study of memory is only just ... END_OF_DOCUMENT_TOKEN_TO_BE_REPLACED

"The people aren’t ready for democracy" has been the constitutional basis for Arab tyranny, its favourite slogan and its sacred narrative for more than a century. Yet, asks Khaled ... END_OF_DOCUMENT_TOKEN_TO_BE_REPLACED

As current events continue to remind us, people all over the world are constantly being forced into exile. "Songs of Exile", created by Algerian Berber exile Abderrahmane Abdelli ... END_OF_DOCUMENT_TOKEN_TO_BE_REPLACED

A new survey by Arab Barometer adds numbers to the narrative that COVID has led to a harsher reality for women in the Middle East and North Africa. By Jennifer Holleis and Razan ... END_OF_DOCUMENT_TOKEN_TO_BE_REPLACED
Author:
Elias Khoury
Date:
Mail:
Send via mail

END_OF_DOCUMENT_TOKEN_TO_BE_REPLACED
Social media
and networks
Subscribe to our
newsletter