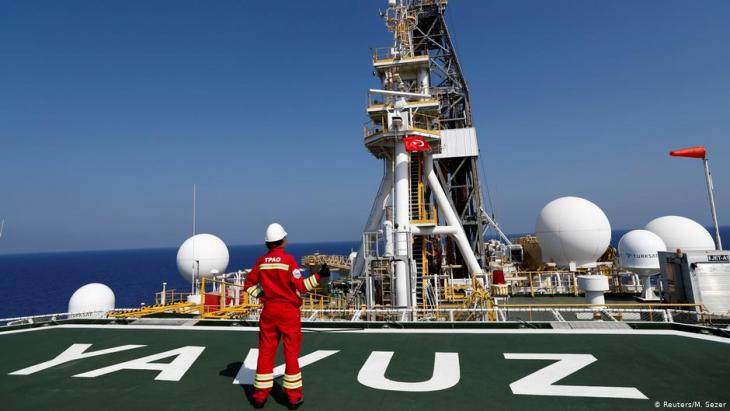 Will German attempts at mediation avert the Eastern Mediterranean crisis? Greece has accused Turkey of conducting illegal explorations for shale gas close to the Greek islands. Yet Ankara maintains that the waters are part of the Turkish continental shelf. Ronald Meinardus reports from Istanbul

Recently, questions surrounding the ownership of natural resources suspected below the seafloor in the Eastern Mediterranean and, by extension, maritime sovereignty in the region, have seen serious sabre-rattling from both sides. Relations between the NATO partners, situated on the alliance’s fragile south-eastern flank, have seldom been so poor. Yet the altercation has long since ceased to be a bilateral matter involving just Turkey and Greece.

The current tensions were triggered by an announcement from Ankara that it would be sending a vessel to explore waters near the Greek island of Kastellorizo. For Athens, this was and remains a significant provocation; for Ankara, on the other hand, it is business as usual, since the tiny Greek island lies within view of the Anatolian mainland.

The essence of the problem is that Ankara does not want to recognise that the Greek islands form their own continental shelf – as stipulated by international maritime law. While Greece is invoking international law and setting out its legal arguments, Ankara, which has not ratified the UN Convention on the Law of the Sea, is pushing for a political solution.

Much to Turkey's displeasure, the EU has positioned itself decisively behind Greece on this question of territory: “We are determined to protect the EU's external borders and to strongly support Greece's sovereignty,” the EU’s Minister for Foreign Affairs, Josep Borrell, said in late June. The EU’s foreign ministers ultimately backed Athens once again, following their call for de-escalation, urging Turkey to bring an end to its “illegal drilling”. 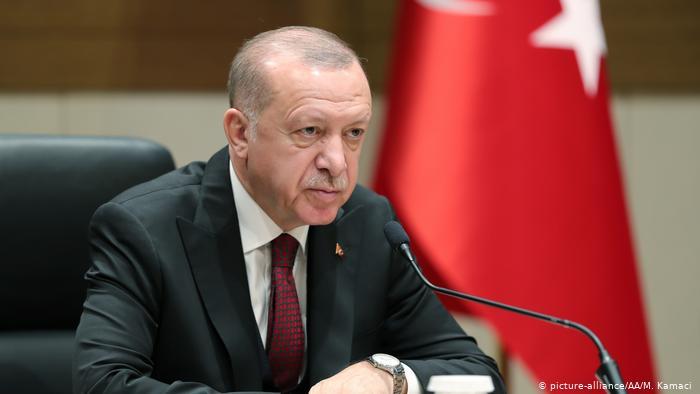 Promise of a "new era" for Turkey: in the midst of the conflict over natural gas wells in the eastern Mediterranean, Turkish President Erdogan declared in Istanbul on 21 August that Turkey had made "the largest natural gas discovery in its history in the Black Sea". The drilling ship Fatih had discovered a deposit of 320 billion cubic metres. The aim is to supply the country with gas from the deposit in 2023, Erdogan said

The Europeans are not content to leave the matter at rebukes and appeals for change, however: Brussels and Berlin have launched a diplomatic intervention with the aim of persuading President Erdogan to withdraw the exploration vessel and guiding Athens and Ankara to the negotiating table.

Berlin sent a clear signal in its address to Erdogan. Progress in Turkey’s relations with the EU would be contingent upon “Ankara halting its provocations in the East Mediterranean,” in the words of Germany’s Minister for Foreign Affairs, Heiko Maas. To give the estranged neighbours a helping hand, secret discussions were held with emissaries from Athens and Ankara in Berlin in July.

Hopes of a swift resolution did not last long. Meanwhile, Athens and Cairo announced an intergovernmental agreement establishing the maritime borders between Egypt and Greece. Envoys had spent ten years crafting the agreement. The announcement was met by outrage in Turkey.

They’ve already got the Louvre; they’ll soon have a Guggenheim Museum as well – and now the Emirates have added literature to their quest for cultural supremacy in the Arab world ... END_OF_DOCUMENT_TOKEN_TO_BE_REPLACED

Years in the making, Sisi's elite New Administrative Capital will isolate most Egyptians from their centres of government in an effort to fortify the regime against any social ... END_OF_DOCUMENT_TOKEN_TO_BE_REPLACED

Professor Timothy Brennan's "Places of Mind: A Life of Edward Said" is a detailed biography of one of the most important intellectuals of the twentieth century, taking us on a ... END_OF_DOCUMENT_TOKEN_TO_BE_REPLACED

China has long portrayed itself as a strong supporter of the Palestinian cause. It has also claimed that in sharp contrast to the stance of the USA, its position is based on ... END_OF_DOCUMENT_TOKEN_TO_BE_REPLACED

Recep Tayyip Erdogan, disappointed by the European Union’s reluctance to integrate Turkey into its ranks, has re-directed his country’s diplomacy toward the Maghreb and Africa to ... END_OF_DOCUMENT_TOKEN_TO_BE_REPLACED

END_OF_DOCUMENT_TOKEN_TO_BE_REPLACED
Social media
and networks
Subscribe to our
newsletter