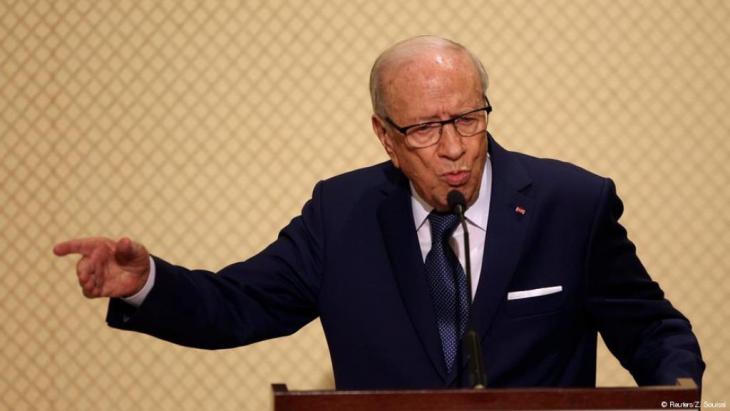 The decision by Caid Essebsi to end five years of consensus politics is likely to heighten sociopolitical tensions in the North African state and deepen a burgeoning economic crisis. Tunisian journalist Ismail Dbara analyses the reasons for the break-up and the consequences for democratisation within the country

Unsurprisingly, the decision made at the end of September by Tunisian President Beji Caid Essebsi to withdraw from the "national consensus" struck with the Islamic Renaissance Party (Ennahda) has exacerbated political turmoil within the country, which already faces a host of economic and social problems.

Essebsi made the announcement about his former ally because of a disagreement between the two parties on whether the government should continue or not. He also renewed his call to Prime Minister Youssef Chahed to go to parliament to secure a vote of confidence. However, this rupture in relations does not seem to have the dangerous implications it might once have had, given the way things are today.

The consensus between the secularists and the Islamists in Tunisia has lasted for five years and although the agreement between these diametrically opposed groups is fragile and built on false premises, observers see it as the "magic ingredient" which has stopped Tunisia from going down the same path as Libya, Yemen and Syria. For all that, the experiment is incomplete and lacks any constitutional basis.

The beginning of the end

There have been many signs this year that the consensus was approaching its end and that the conditions for its continuance had disappeared. Indeed, the political map has changed drastically. The party with the most elected representatives – Nidaa Tounes – is no longer the largest party, nor even the second largest after a wave of resignations. This has led to huge cracks within the ruling party, which President Essebsi founded in order to balance the political scene after the Islamistsʹ dominance.

Naturally, the Islamists have exploited the fragmentation of the alliance. Recently Ennahda has begun singing from a quite different hymn sheet, in tones that firmly contradict the policy of "consensus" which has been in place since August 2013. 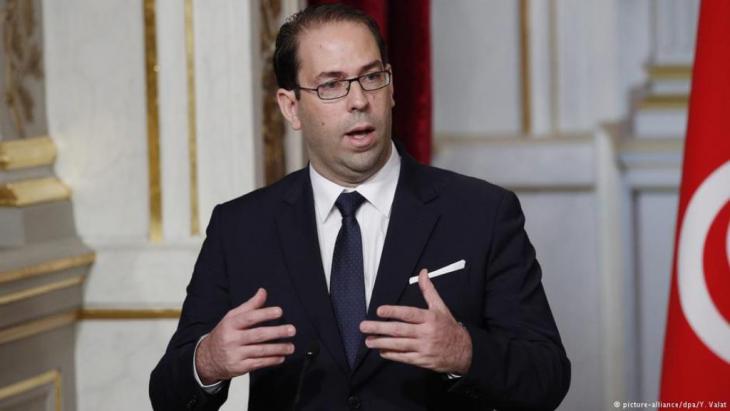 Confident, even without a vote: Prime Minister Youssef Chahed enjoys the backing of a large number of parliamentary representatives, including from Ennahda and others, who have broken away from Nidaa Tounes and formed a new parliamentary bloc. Chahed can also count on substantial external support from private donors who applaud the policies of privatisation which he has adopted

Another sign of the breakdown of the alliance is President Essebsiʹs initiative to give women equal inheritance rights under a law which has yet to be presented in parliament. In Ennahdaʹs eyes, the move was intended to embarrass and blackmail the party politically and they loudly rejected it. After all, the issue of inheritance is very sensitive in political Islam.

The two former allies are now closer to a divorce than at any time previously, especially amid their trading of accusations and insults in the media and they have clashed ever more openly over the question of whether the current Prime Minister Youssef Chahed should stay in office. For months, Chahed has been at variance with Hafez Caid Essebsi, the Presidentʹs son and executive director of "Nidaa Tounes", who is seen by the party as the likely heir to his father. He is also seen as the one who has caused division within the party and precipitated the departure of its leaders and members – thanks to mismanagement and the dominance of the Essebsi family.

Anyone following Beji Caid Essebsi since his return to the scene in 2011 after many years in the political wilderness, will realise that this wily old politician, who helped to lay the foundations of the twin tyrannies of Presidents Bourguiba and Ben Ali, will not surrender without a fight. He certainly wonʹt raise the white flag, despite the failure of his and his sonʹs efforts to remove Youssef Chahed from the premiership.

Beji Caid Essebsi always says: "I am the leader!" and "I know what Iʹm doing!" His stumbles in front of the media suggest an obdurate personality and someone who doesnʹt give up. Indeed, many people see his decision to run for president at his advanced age as an obsessive desire to call in an old debt owed to him by Ennahda. The party once promised him the presidency, only to disavow the promise and switch their preference to their one-time ally Moncef Marzouki. In response, Essebsi established his own party, returning in 2014 as the elected and legitimate leader.

Nouara may be 65, but she is ready to join thousands of others who burn their ID and pay traffickers for the chance of a new life in Europe. Zineb Bettayeb reports END_OF_DOCUMENT_TOKEN_TO_BE_REPLACED

In Doha, Arabs from Morocco, Tunisia, Egypt and Algeria are gathering to celebrate the first ever FIFA World Cup to be held on Arab soil. The criticism from Europe? Over the top, ... END_OF_DOCUMENT_TOKEN_TO_BE_REPLACED

After a two-year hiatus, the Arab League re-convened at the beginning of November in Algiers against a backdrop of uncertainty and discord. By Pierre Boussel END_OF_DOCUMENT_TOKEN_TO_BE_REPLACED

In the run-up to the COP27 global climate summit, hosted by Egypt in November, it is worth noting that little rainfall, aggressive heatwaves and worsening drought make the Middle ... END_OF_DOCUMENT_TOKEN_TO_BE_REPLACED

Tunisia's economic and political instability and the increasing reluctance of Europe to take in job-seeking migrants is leading many Tunisians to head for sub-Saharan Africa in ... END_OF_DOCUMENT_TOKEN_TO_BE_REPLACED
Author:
Ismail Dbara
Date:
Mail:
Send via mail

END_OF_DOCUMENT_TOKEN_TO_BE_REPLACED
Social media
and networks
Subscribe to our
newsletter