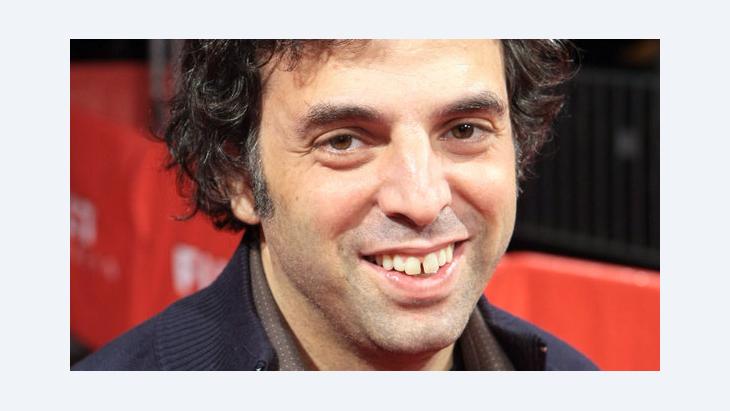 Etgar Keret's ''Suddenly, A Knock on the Door''

Following the Mysteries of Life into Hidden Corners

﻿Etgar Keret has always refused to politicize his work, a fact illustrated by his dialogue collaboration with the Palestinian Samir el-Youssef on a book entitled "Gaza Blues". Volker Kaminski reviews Keret's new book of short stories, "Suddenly, A Knock on the Door"

﻿Grotesque things happen in Etgar Keret's world. In his stories, he presents his readers with the strangest events as if they were everyday occurrences: strangers come knocking on the door, hold a pistol to the inhabitant's head and demand that he tell them a story; people who tell too many lies are brought to a mysterious hole in the ground where all their lies have become reality; a young woman discovers a zip inside her boyfriend's mouth while kissing him, and when she pulls on it, her boyfriend, Ziki, opens up like an oyster, revealing a Jürgen inside.

Despite the wealth of bizarre ideas and fantastical events the author juggles, there is a melancholy undertone to most of the stories. The world in which his characters battle out their conflicts may seem lunatic to us, but at all times, these characters are people in the here and now; they are members of a young generation that lives in Israel, in the USA or somewhere else in the world. 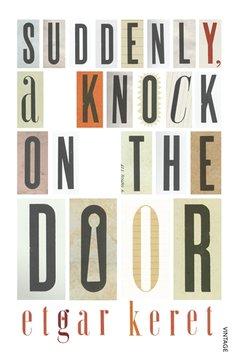 "A Jürgen inside": Despite the wealth of bizarre ideas and fantastical events the author juggles, there is a melancholy undertone to most of the stories

​​Many of the stories are based in Israel. Despite the fact that the author never once mentions the political situation in the country, recurring themes – feelings of latent threat, the suffering protagonists went through during their difficult time doing military service, the corpse of the victim of a suicide bomb – remind the reader of what it must be like to live in Tel Aviv and other places in Israel.

Nevertheless, the stories lack local colour, and it is clear that the political is only important to the author insofar as it relates to fairness, empathy, and understanding for the many different ways in which modern people suffer.

As Keret explained at this year's international literature festival in Berlin, he was born into a "family of storytellers" (his parents spoke six languages). He has such an endless wealth of themes that he writes as naturally about sex involving young couples as he does about the discovery of a mature tumour in the organs of a young woman who has been killed or about the growth of troublesome haemorrhoids. There are no taboo subjects for him and it seems as if his excursions into fantastical worlds are just his way of following the mysteries of life right into the most hidden corners.

In the consistency of his narration and the strictly surreal logic of his works, Keret is reminiscent of his literary ancestor, Franz Kafka. Speaking at the above-mentioned festival, Keret said that the author of "Metamorphosis" had a huge influence on him. He also said that it was from Kafka that he learned never to allow his characters to be more clever or better than the reader.

Keret's works often portray lonely people as they diligently try to solve their problems or overcome their conflicts with their spouses, bosses or a mighty environment. Many of these characters are children who fight for their rights and their room to manoeuvre with the same stubbornness as their elders. Whatever happens, the one thing readers should never expect in Keret's works is the predictable; the narrator always finds surprising new ways of shaping events in an unusual and astonishing manner.

In this world, for example, it seems perfectly plausible that a goldfish speaks Russian or a poodle Hebrew, that a four-year-old wishes fervently for the death of his grandmother, or that a hired killer, who has been sentenced to death, wakes up in hell after his execution, immediately keeping an eye out for the weak points of the person he is talking to ("knee, balls, throat"). 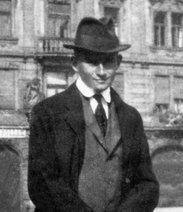 A lesson from Kafka: never allow your characters to be more clever or better than the reader

​​The longest story in the collection is entitled "Surprise Party". In this story, four people come to a planned party in the apartment of a lawyer high above the rooftops of Tel Aviv.

However, neither the three invited guests know the lawyer, nor is the lawyer himself actually at home. The three men sit with his wife, who organised the party, and wait while the catering personnel struggles to get the enormous buffet into the apartment.

The way in which Keret turns this bizarre situation into a small crime story – which ends with a night-time drive during which the wife faints and her husband drives through Tel Aviv holding a pistol with the intention of either shooting himself or taking revenge on another person – may seem completely ridiculous.

Nevertheless, this story is an absolutely wonderful read. Much of this is due to Keret's sense of black humour and his keen talent for situation comedy, which is reminiscent of Woody Allen.

But it is not only at the end of this story that the reader will be a little disappointed and regret that the text ends abruptly after only a few pages. The suddenness with which the reader is drawn into the action, learns about the problems and idiosyncrasies of the characters, and starts to feel and suffer up close with them, is as abrupt as the way the story comes to an end, generally without the expected outcome, leaving the reader baffled.

Basically, Keret has written a series of miniatures in which he steadfastly refuses to include an ending; he leaves many questions unanswered and narratives are left hanging in the air. This is not necessarily a disadvantage. One could say that the author is incredibly reticent when it comes to the evaluation or "resolution" of his stories; he gets so engrossed in the concrete situation of each individual, in his character's specific problem, that does not have to rely on the illusion of a solution to the conflict and prefers to leave readers to make up their own minds.

But perhaps it is also the case that the characters in some stories have already reached an end, have encountered death or find themselves in such hopeless situations that a happy ending would just be all wrong.

However, despite the disillusioning basic structure of his stories and despite the fact that Keret might not give his characters a way out, he always provides them with spontaneous little escape routes, unexpected paths or at least the possibility of improvement. In this way, the main character in the first story, an author named Keret, who receives a most unpleasant visit from three men who want to force him, at gunpoint, to tell a story, cannot do what is asked of him – nothing occurs to him; he is suffering from writer's block.

Nevertheless, thanks to some clever negotiating on his part, he at least manages to get a stay of execution, so that the hope remains that he will one day be able to tell a story again.

Keret has not only written numerous volumes of short stories, his works have also been translated into 31 languages and he has written (together with his wife) the screenplay for the film Jellyfish, which won the Camera d'Or award in Cannes in 2007. He has the wonderful gift of grabbing the readers' attention with the very first sentence and from that point on, leading them through the most madcap intrigues, mind-games, and parallel worlds in a narrative universe. And although these stories are not rounded off, readers of this volume will be touched by the deep humanity of the author.

Although Keret shines a light on the normal weaknesses of his fellow humans and the myriad lies with which they punctuate their days, he never openly incriminates his characters. In short, Keret is a humanist, who does not pretend to know how to make the world a better or more human place.

Home
Print
Newsletter
More on this topic
Etgar Keret and Samir El-Youssef: The Incursion of Politics into the Private SphereSamir El-Youssef: ''The Illusion of Return'': A Palestinian TriptychAtef Botros's Kafka Study: A Jewish Writer from the Arab Perspective
Related Topics
All Topics
Date:
Mail:
Send via mail

END_OF_DOCUMENT_TOKEN_TO_BE_REPLACED
Social media
and networks
Subscribe to our
newsletter