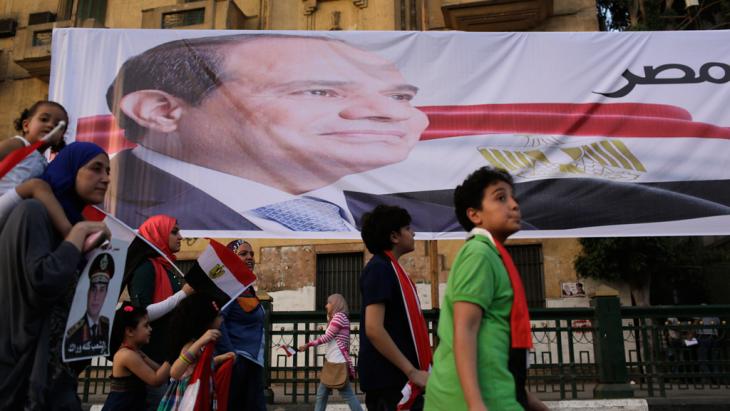 The EU wants it both ways: it would like to retain the moral upper hand as the cradle of democracy, while at the same time maintaining good links with Egypt's new leader, Abdul Fattah al-Sisi. A commentary by Karim El-Gawhary

If it is common knowledge that elections are taking place in extremely problematic conditions, should a team of observers be sent to monitor proceedings? To a place where the very presence of EU observers alone lends some legitimacy to the controversial poll? Yes absolutely, said the EU and promptly despatched an election observer mission to oversee Egypt's presidential election.

Even when the team's equipment was not initially cleared by Egyptian customs ahead of the election, and the observers were forced to simply sit around waiting in their hotel, the mission was not aborted.

Now the EU has presented its provisional report on the poll, a document that provides clear evidence of how the bloc is pussyfooting around the situation in Egypt. After all, how can one report on an election from which the former military leader, Abdul Fatah al-Sisi, emerges victorious with more than 96 per cent of the vote when the entire world knows how politically polarised and fragmented the nation on the Nile really is?

What kind of statements does one make on a poll in a country where, according to the most recent reports, 40,000 people have been locked away since the military removed from office the man previously elected to the post of president; in a nation where the Muslim Brotherhood, one of the country's strongest political movements, is completely excluded from the political process; where journalists are detained and where thus far, more than 700 people have been sentenced to death in fast-track trials?

The EU has clearly decided to remain as vague as possible in order not to ruffle any feathers in Egypt by voicing any harsh criticism. In this way, and rather like a supermarket, the EU report on elections in this politically divided nation has something for everyone. 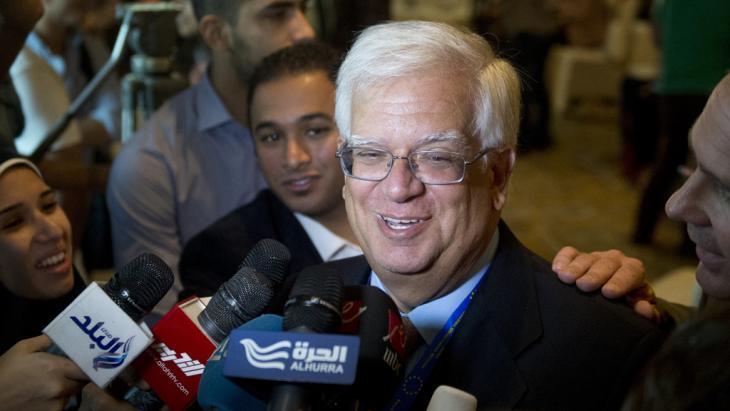 The report produced a number of rather vague, meaningless European phrases, referring to the "widening of political spaces" in Egypt or a demand for the "inclusiveness" of all political forces, giving expression to the hope that Egypt will continue its journey on the "roadmap to democracy".

Non-voters as the midwives of terrorism

The most controversial issue of all was voter turnout, officially at 48 per cent – a number that does not tally with the fact that the Egyptian media, in response to relatively empty polling stations on the first day of voting, issued completely hysterical appeals for people to please go and cast their votes. One presenter even went as far as to announce that he would slit his wrist on live television if people didn't vote; another offered to kiss the feet of everyone who voted.

"Those who do not vote are fostering terrorism," was the warning issued by one pro-military broadcaster. In a bid to improve electoral performance, the second day of voting was made a public holiday at short notice, and – in a move that caught everyone by surprise – a third day was tagged on straight afterwards, not because the crush was so large, mind, but because it was too small.

And what do the EU observers say about this? Their report read that the third day of voting led to "unnecessary uncertainties". Nevertheless, EU chief election observer Mario David explained that the prolongation of the poll had not damaged its credibility, because this had taken place within the scope of the law. Again, the Democracy International observer team was much more forthright, describing the entire process as another step that calls the credibility of the poll into question. 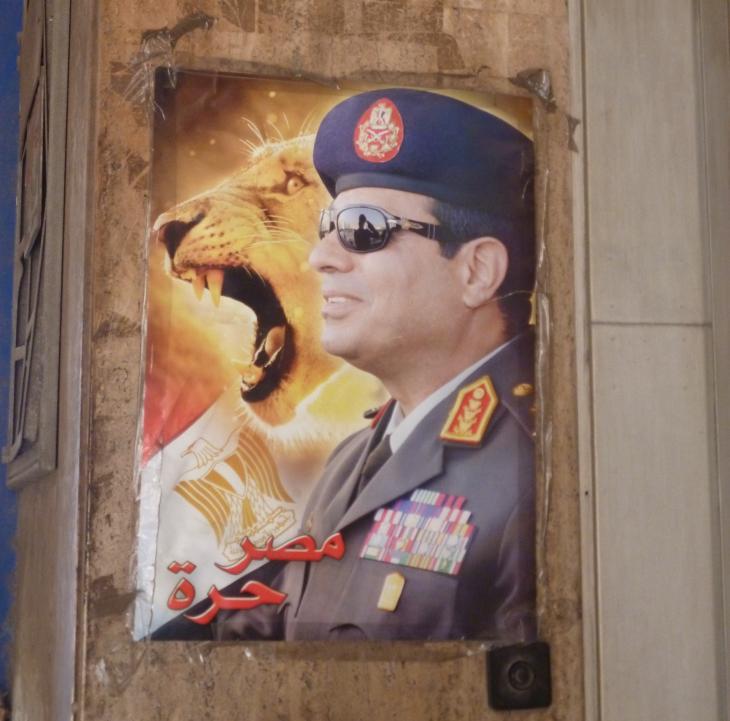 The roaring lion and victor with the incredible result of over 96 per cent of votes cast: Abdul Fattah al-Sisi. His opponents accuse the EU of legitimising the presidential election by sending election monitors to Egypt to observe the procedure

What did the EU report have to say about voter turnout? "The Egyptian electoral commission informed us that at the publication of this report, voter turnout was 47 per cent". In an interview, the EU's chief election observer described the figure as credible. But with 14,000 polling stations, his 150 observers must have found it difficult to gain an accurate impression.

Defending Europe's values or its interests?

With its mission to monitor the poll, the EU has manoeuvred itself into a position out of which it cannot emerge looking like a winner. Sisi's opponents, such as the members of the April 6 youth movement of secular Tahrir activists, accuse the Europeans of legitimising the poll with their presence. The report's toothless statements only make matters worse. And the EU must permit the question as to what the point of an election observer mission is if it cannot independently evaluate key issues such as voter turnout.

But the military and government supporters were also indignant about the observer mission because it did voice several criticisms concerning the general conditions of the poll. The bizarre argument from this side is that this is part of a western conspiracy to support the Muslim Brotherhood and weaken Egypt. At a pro-government event where the observers' report was discussed, EU representatives were even thrown out of the chamber and branded "enemies of Egypt".

Egypt puts Europe in the difficult position of having to choose between its values and its interests. In tune with its values, the EU should not have lent the poll even a whiff of legitimacy. In tune with its interests, however, the EU wants to remain in dialogue with the new rulers. It obviously considers keeping all doors open preferable to having to choose between values and interests. In doing so, the EU has succeeded in alienating all sides with its election observer mission to Egypt.

Two refugees detained in Egypt are facing deportation to Eritrea. The expulsion of the Eritreans, who have been incarcerated in Cairo for more than eight years, has been halted ... END_OF_DOCUMENT_TOKEN_TO_BE_REPLACED

International relations are shifting across the Middle East as regional powers adapt to America's retrenchment and China's growing influence. Although the region could become the ... END_OF_DOCUMENT_TOKEN_TO_BE_REPLACED

Germany's foreign policy is explicitly values-based. But what happens, Ralf Bosen asks, when democracy, the rule of law and human rights collide with the logic of trade and ... END_OF_DOCUMENT_TOKEN_TO_BE_REPLACED

Egyptian author Nadia Wassef talks about opening the first independent bookstore in her home country; and her latest book in which she celebrates books and booksellers. By Manasi ... END_OF_DOCUMENT_TOKEN_TO_BE_REPLACED

"The people aren’t ready for democracy" has been the constitutional basis for Arab tyranny, its favourite slogan and its sacred narrative for more than a century. Yet, asks Khaled ... END_OF_DOCUMENT_TOKEN_TO_BE_REPLACED

END_OF_DOCUMENT_TOKEN_TO_BE_REPLACED
Social media
and networks
Subscribe to our
newsletter