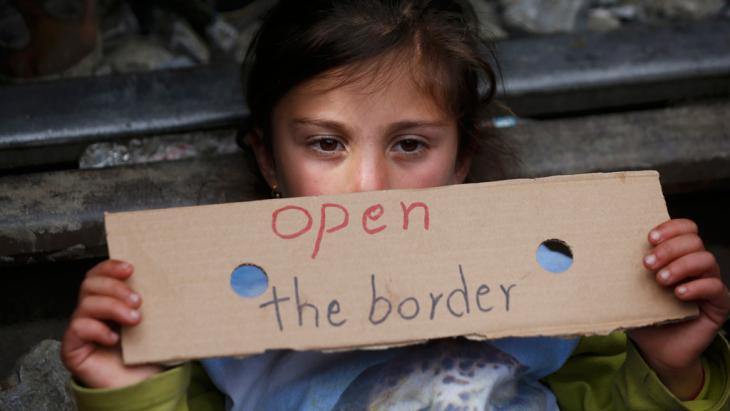 The alternative is Idomeni

Instead of mocking Merkel as a "pushover", those concerned with the welfare of refugees would do better to throw their weight behind realising her plan. Otherwise, we could see Europe adopting the Victor Orban model, the consequences of which can already been seen. Commentary by Daniel Bax

EU Commission President Jean-Claude Juncker called the outcome of the EU summit with Turkey on 7 March a "game changer". But Juncker is largely alone in his enthusiasm. In Germany especially, there is very little euphoria over the ambitious plan that Turkish Prime Minister Ahmet Davutoglu is reported to have hammered out with Chancellor Angela Merkel. This timidity is regrettable, because Germany has a key role to play in the process.

Conservative critics and Kurdish organisations complain that Merkel has made over-generous concessions to Turkey; indeed they say that the chancellor has made herself a hostage of Turkish President Erdogan. Human rights activists accuse her of having practically relinquished refugee protection. And sceptics are doubtful that the plan can even be realised.

But the essential features of the deal are right and the goals are sensible. Merkel emphasises that the focus of the deal is to turn the unchecked mass movement of people – thus far along the well-trodden Balkan route, which has now been sealed off – into legal migration. Of course it will also aim to reduce the number of refugees coming to Europe. After all, if as many people continue to come as in recent weeks, the figure for this year will be considerably more than the one million arriving in Europe in 2015.

The question is not whether Europe will struggle to cope with this number. It is more a case of what the political consequences of this unchecked flow might be for the continent, whether governments can support it and whether the EU would survive the further rise of right wing populist parties. The answer doesn't look all that rosy. 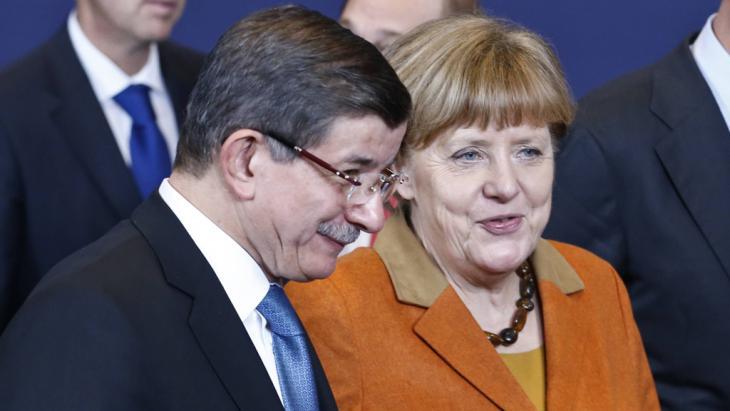 "The plan has two highly problematic elements: firstly, the "one-in, one-out" principle proposed by Turkey, a concept that smacks of horse-trading, makes little sense. If refugees stopped arriving in Greece, then Turkey's burden would not be eased," concludes Daniel Bax

Idomeni is no alternative

NATO patrol boats should therefore monitor the Aegean region and send back to Turkey those refugees who have been transported to Greece in rubber dinghies. In return, as far as Merkel and Davutoglu are concerned, primarily Syrian civil war refugees stranded in Turkey for years should be flown out to Europe in groups. Through this blend of deterrence and an incentive to apply for a place in a contingent, it is hoped that as many people as possible will be discouraged from setting out under their own steam.

The plan has two highly problematic elements: firstly, the "one-in, one-out" principle proposed by Turkey, a concept that smacks of horse-trading, makes little sense. If refugees stopped arriving in Greece, then Turkey's burden would not be eased.

It would be better if Europe – and first and foremost Germany – would commit to accepting a fixed contingent of refugees. The "upper limit" on this is a matter for debate. And secondly, it must be clear that the return of refugees to Turkey can only occur after a legal review of each individual case and not arbitrarily on the basis of a person's country of origin.

Parties interested in a humanitarian solution to this crisis should insist on adherence to these two points. As well as making sure that Merkel successfully realises her plan. After all, what is the alternative? It can already be observed in Idomeni: that isolationist policies are implemented a la Victor Orban, who seals himself off with fences and barbed wire, who feels no sense of humanitarian obligation and is determined to leave Greece alone with the refugees.

Instead of fundamentally opposing this deal, left wing forces in Germany should ensure that the contingents for asylum seekers from Turkey are made as large as possible, and that as many Syrians and Iraqis as possible can be directly relocated to Germany. This would save the lives of many people who are otherwise at the mercy of the traffickers.

A law is currently being debated in Morocco that would legalise the cultivation and export of medicinal cannabis. For many small farmers, this would bring considerable advantages ... END_OF_DOCUMENT_TOKEN_TO_BE_REPLACED

Recep Tayyip Erdogan, disappointed by the European Union’s reluctance to integrate Turkey into its ranks, has re-directed his country’s diplomacy toward the Maghreb and Africa to ... END_OF_DOCUMENT_TOKEN_TO_BE_REPLACED

Philosopher Juergen Habermas was due to be awarded a major Arab prize in Abu Dhabi, but has turned it down following criticism. This decision torpedoes Arab efforts at a ... END_OF_DOCUMENT_TOKEN_TO_BE_REPLACED

Although a unity government was formed in Libya in March 2021, tensions and possible crises between the political actors are already emerging. What problems does the country face ... END_OF_DOCUMENT_TOKEN_TO_BE_REPLACED

Among Muslims, the image of women as "cossetted hijab-wearing princesses" is frequently invoked. But Muslim women have long wanted to be more. In her essay, Karoline Roscher- ... END_OF_DOCUMENT_TOKEN_TO_BE_REPLACED

Even in times of war and pandemic, refugees are still being deported to Afghanistan. Several deportation flights have taken place in recent weeks alone. Since those affected often ... END_OF_DOCUMENT_TOKEN_TO_BE_REPLACED
Author:
Daniel Bax
Date:
Mail:
Send via mail

END_OF_DOCUMENT_TOKEN_TO_BE_REPLACED
Social media
and networks
Subscribe to our
newsletter