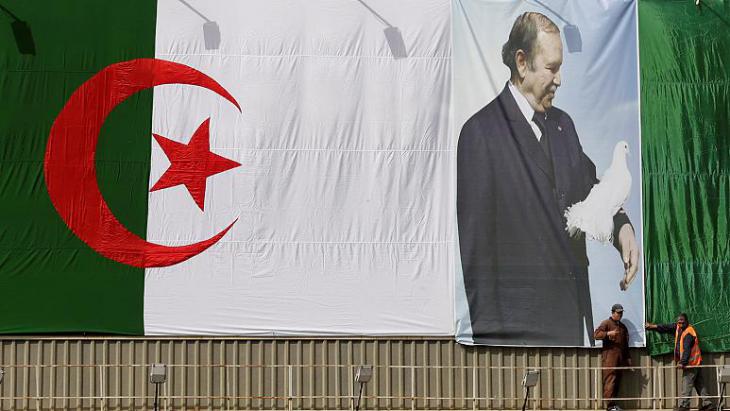 The European Union is keen to enhance co-operation with Algeria, but the North African nation, apparently wary of post-colonial meddling, is showing little interest. For political analyst Isabel Schafer the case is not that simple

Europe's interest, or more specifically that of the EU and several EU member states, in an enhancement of co-operation with Algeria has grown – at the latest since the refugee crisis. More than ever before, the EU is hoping that Algeria, as well as other North African states, will halt further migration from sub-Saharan Africa towards Europe.

Refugees and migrants seeking to reach the EU often initially travel via the dangerous path through the Sahara and then wait in Algeria for a suitable opportunity to reach Europe via Morocco, Tunisia or Libya. But more stringent coastal patrols in Libya mean that many are forced to turn back to Algeria. Only very few migrants risk the direct sea crossing from Algeria to the EU, as very few boats get past the Algerian coastguard.

For those who have to remain in Algeria, life is hard; they seldom find work, they have no protection or rights and are exposed to increasing levels of racism. Young women from the sub-Sahara begging with their small children are now a common sight in Algeria's urban centres. Few civil-society groups are engaged in the support of refugees here.

Since the 2014 drop in the price of oil, many Algerian citizens have found themselves struggling in increasingly difficult circumstances. Inflation, social hardship and youth unemployment have been exacerbated by the economic crisis. EU pressure to stem immigration has in turn additionally exacerbated social problems in North African transit nations such as Algeria. 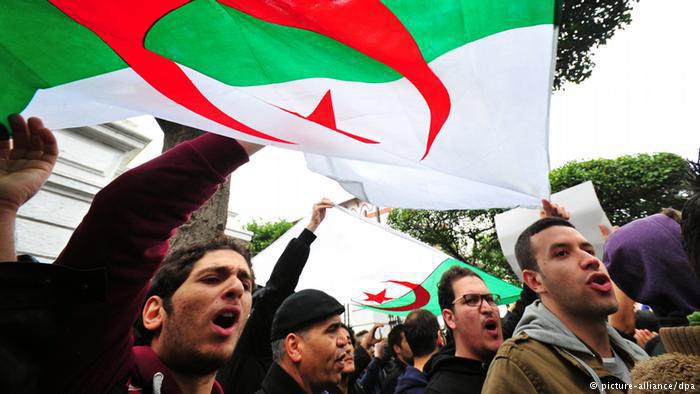 Burgeoning social crisis: caught up in the Arab Spring, the Algerian people went on strike. They demonstrated against rising prices and bemoaned the lack of opportunities for young people. Yet President Bouteflika was able to cling on to power. Living standards in the Maghreb state have however continued to worsen. Home to ″al-Qaida in the Islamic Maghreb" (AQMI), the country has also seen violent clashes between Islamist groups and government forces

Despite its oil and gas wealth, Algeria has also been the scene of regular social protests, including cases of self-immolation – events that seldom make the news in Europe. The Algerian government conducts stringent controls along all the nation's borders, as far as this is geographically possible and is adopting an increasingly hard-line stance towards migrants. There have been several instances of mass deportations in recent years.

Since the December 2016 attack in Berlin, the German government demands that Algeria – and other Maghreb states – take back more "potential attackers" and migrants involved in criminal activities. From Algeria's perspective, such persons have been radicalised in Europe and should therefore be prosecuted there. The number of deportations implemented by the Federal Republic has increased from 57 in the year 2015 to 450 in 2017.

But it is not just the refugee crisis that has heightened Europe's interest in co-operating more closely with Algeria. In security questions too, the EU perceives Algeria in the role of the "Maghreb′s police officer". The expectation is that Algeria should prevent the continued spread of radical Islamists in the Sahel zone and stem the development of cells in North Africa.

And indeed, Algeria does to a certain extent play this role in the Maghreb and neighbouring Sahel zone; not because Europe wants it to, but due to its own security-policy interests.  After all, as a consequence of the deep wounds inflicted by the civil war, which lasted from 1991 to 2002 and left more than 200,000 dead, the regime wants to prevent a resurgence of radical-Islamist violence and safeguard security at home – at all costs. 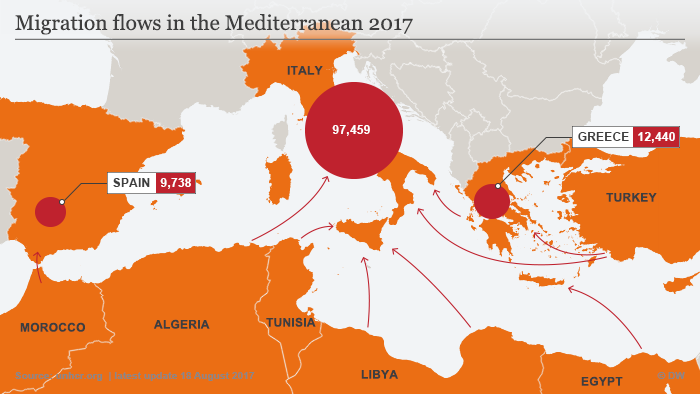 Algeria, by area the largest country in Africa, borders Mali and Niger – major transit lands for refugees. The government in Algiers is co-operating with neighbouring Libya, in an attempt to stabilise the civil war-torn country. Ninety percent of migrants and refugees who make their way to Europe set out from Libya. Algeria has also pursued a tough security policy against Islamists in recent years

To this end, the Algerian government has continually – and in particular since the outbreak of the Libya conflict – beefed up its security control of the nation, bolstered its military presence in the border regions with Tunisia, Libya, Niger, Mali and Mauritania and intensified its diplomatic and security co-operation with its neighbours.

The security situation on a national level has in the meantime seen significant improvement. Nevertheless, army and security forces continue to root out isolated weapons caches and  "sleeper cells". There have also been a number of smaller-scale attacks, attempted attacks and violent clashes between security forces and radical Islamists in various parts of the country.

Less successful, on the other hand, is thus far the regional co-operation in the fight against illegal trade in the Maghreb-Sahel zone, where the trafficking of drugs, weapons and people continues to flourish.

A lack of competitiveness

Economically, Algeria is first and foremost of interest to the EU as an energy supplier and sales market. For example, bilateral EU-Algerian relations within the framework of the controversial Association Agreement (in force since 2005, revised in 2010 and 2017), aimed at creating a free trade zone, are primarily focused on economic and technological co-operation. But because barely any competitive small and medium-sized businesses exist or can be sustained in Algeria, the main beneficiary of the agreement has thus far been the EU. 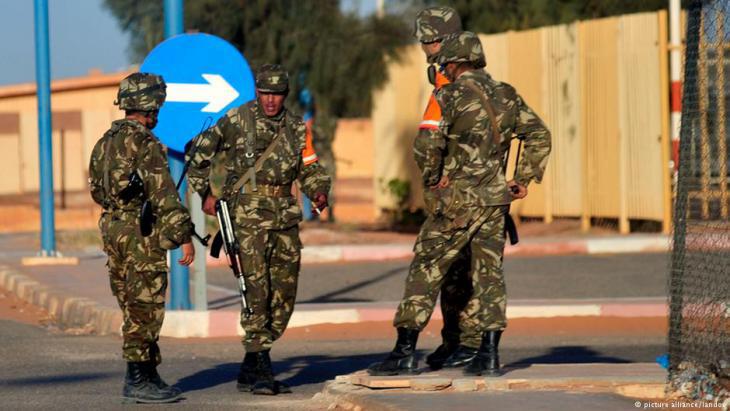 What the European Union wants: the North African state is regarded by the EU as a major player in the fight against people-traffickers and jihadists. The Union would also like to see Algeria play more of a role in stemming the flow of refugees into Europe. The politically weak regimes in Mali, Niger and Libya are incapable of patrolling their borders and territory. Algeria, which shares a border with all three transit lands, has no such problem

For Algeria on the hand, Europe represents not only a key trading partner, but also an oil and gas customer. President Bouteflika is weakened because of his serious illness; the Ouyahia government lacks the vision necessary to reform and liberalise the economic system.

For Algeria, the EU remains an abstract construct. It prefers to negotiate with individual EU member states, first and foremost with France, Italy, Spain, sometimes even with Germany. Ever reticent, Algeria shows little interest in European political formats – such as the European Neighbourhood Policy or the Union for the Mediterranean (UfM).

In fact, Algeria has shown herself far more likely to seek constructive co-operation in the region, acting as mediator in the Mali conflict and the Libyan civil war, as well as in the Nouakchott Process initiated by the African Union.

Distrust of Europe is understandably great for historic reasons. Requests from Europe are swiftly perceived as meddling or overstepping sovereignty and blocked; the political influence of the EU is appropriately small.

But beyond its security-policy and economic interests, the EU should not neglect the civil-society, democracy-promoting and development-policy dimension of its co-operation with Algeria. After all, owing to the security co-operation and the anti-migration pressure exerted by the EU, existing limitations on the rule of law, political freedoms and human rights in Algeria are only likely to increase. In turn, greater openness on the Algerian side for an intensification of civil-society co-operation could help to boost mutual trust in the long-term.

Isabel Schafer is a freelance political analyst and lecturer at Berlin′s Humboldt University.

The Algerian state's insufficient response to a recent spate of femicides has driven hundreds of women to defy coronavirus lockdown restrictions to take part in street protests, ... END_OF_DOCUMENT_TOKEN_TO_BE_REPLACED

EU parliamentarian Dietmar Koester criticises the Union's failure to speak up when faced with human rights abuses committed by its Middle Eastern allies, while pointing out that ... END_OF_DOCUMENT_TOKEN_TO_BE_REPLACED

On the 10th anniversary of the Arab Spring we can’t quite escape that substance called remembrance. Yet, eschewing facile modes of nostalgic remembrance and/or tragic lamentation ... END_OF_DOCUMENT_TOKEN_TO_BE_REPLACED

In her third and most recent novel, Paris-based Algerian author Kaouther Adimi writes almost prophetically about a rebellion by a handful of children against the rigid and ... END_OF_DOCUMENT_TOKEN_TO_BE_REPLACED

Mass protests began in Egypt on 25 January 2011. They triggered the overthrow of long-time ruler Mubarak. Ten years later, many human rights activists and journalists are in ... END_OF_DOCUMENT_TOKEN_TO_BE_REPLACED

END_OF_DOCUMENT_TOKEN_TO_BE_REPLACED
Social media
and networks
Subscribe to our
newsletter