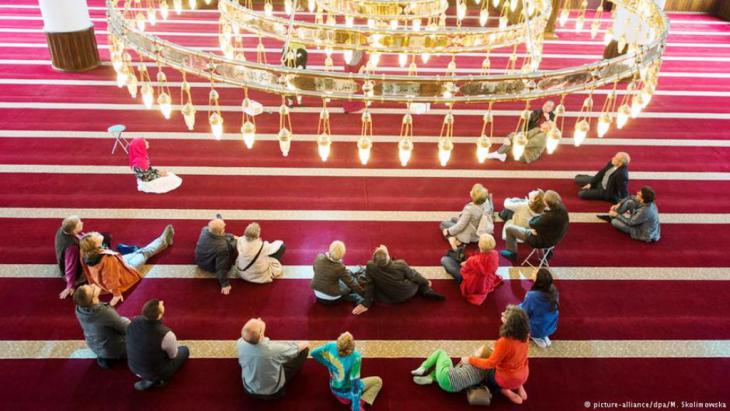 Europe and its Muslims

Five German universities have been offering degrees in Islamic theology since 2010. How successful are these courses and how much influence do the universities have? Arnfrid Schenk takes stock

More than four million Muslims live in Germany and 750,000 pupils of Muslim faith attend German schools. Islam is one of Germany′s religions – that is no longer a provocative statement, but a simple fact. Nonetheless, Islamic theology was not offered by German universities for many years, nor were schoolchildren offered Islamic religious education in German.

The German Council of Science and Humanities, the leading advisory body in German education policy, therefore recommended in 2010 that degree courses in Islamic studies be established at German universities. This would allow theologians, imams and, above all, Islamic religious studies teachers to be trained.

The Federal Ministry of Education and Research provided a total of 20 million euros in funding over the course of five years to pay for Islamic centres at the universities of Munster, Osnabruck, Frankfurt am Main, Tubingen and Erlangen-Nuremberg.

Annette Schavan, the minister of education at the time, was the driving force behind the project: she hoped to create courses in theology that would succeed in bringing religion into the present day. The new subject was also supposed to serve as a milestone in terms of integration.

The subject was evaluated in 2016 to take stock of the progress made so far. The assessment given by Islamic scholars and theologians proved positive. As Federal Education Minister Johanna Wanka put it, the Muslim faith has found a home for itself in the academic and theological debate thanks to the centres.

Around 1,800 students, both male and female, have enrolled in the bachelor′s and master′s courses at the universities. Funding is to be made available for a further five years, while faculties of religious education and theology have also been established in Paderborn and Freiburg. Berlin is still discussing whether to follow suit. 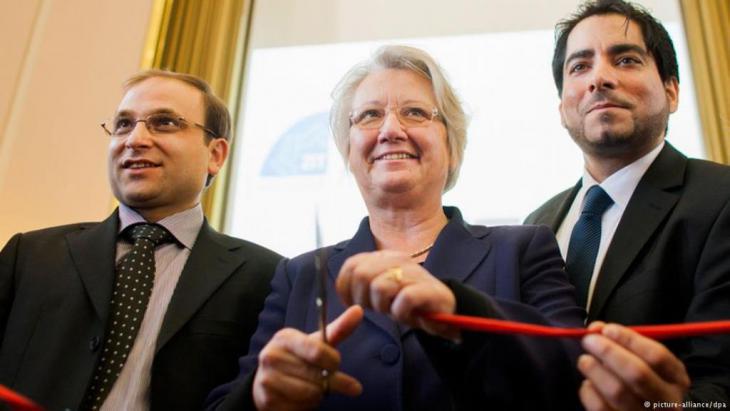 Pioneering theological work: ″the subject of Islamic theology is still in its infancy in Germany. Nonetheless, it is making good progress. There is greater freedom of thinking in Germany than is possible in most Islamic countries – an opportunity that should be seized,″ writes Arnfrid Schenk

The road has not always been smooth, co-operation with the Islamic associations proving to be one obstacle. These include for example the Ditib (Turkish-Islamic Union for Religious Affairs), the Islamic Council and the Central Council of Muslims. Even though they represent only a good third of Muslims in Germany, over 80 percent of the mosque communities number among their members.

They are involved in the Islamic degree courses at the universities through what are known as advisory councils and they are supposed to have a say – rather like churches do in the case of Christian theological faculties – when it comes to personnel decisions and indeed teaching content. These associations are highly conservative and orthodox in orientation. For them, theology is the administration of religious scholarship. For this reason, many academics have warned of the risk of association officials being overly intrusive – which would undermine the freedom of research and teaching at a state university.

Germany’s electorate includes some 7.4 million citizens with international roots, while many more millions of residents from abroad aren’t allowed to vote. Both groups are often ... END_OF_DOCUMENT_TOKEN_TO_BE_REPLACED

No other Western poet was arguably so well-versed in the Koran or so fascinated by Islam as Germany's national hero, Goethe. In a new publication that examines all Goethe's ... END_OF_DOCUMENT_TOKEN_TO_BE_REPLACED

Migrants are often maligned as being responsible for Europe's problems. Yet their integration is in Europe's interest. Michael Thaidigsmann believes that a long-term vision is ... END_OF_DOCUMENT_TOKEN_TO_BE_REPLACED

How could the Afghan government and its institutions collapse so quickly? That things were going wrong in Afghanistan had been obvious for a long time, yet the West preferred to ... END_OF_DOCUMENT_TOKEN_TO_BE_REPLACED

Shida Bazyar's new novel is the literary surprise of the year. It tackles the pressing issues of our time, and yet it is timeless. This is a story of friendship, marginalisation ... END_OF_DOCUMENT_TOKEN_TO_BE_REPLACED

The swift fall of Kabul recalls the ignominious fall of Saigon in 1975. Beyond the local consequences – widespread reprisals, harsh repression of women and girls, and massive ... END_OF_DOCUMENT_TOKEN_TO_BE_REPLACED
Author:
Arnfrid Schenk
Date:
Mail:
Send via mail

END_OF_DOCUMENT_TOKEN_TO_BE_REPLACED
Social media
and networks
Subscribe to our
newsletter