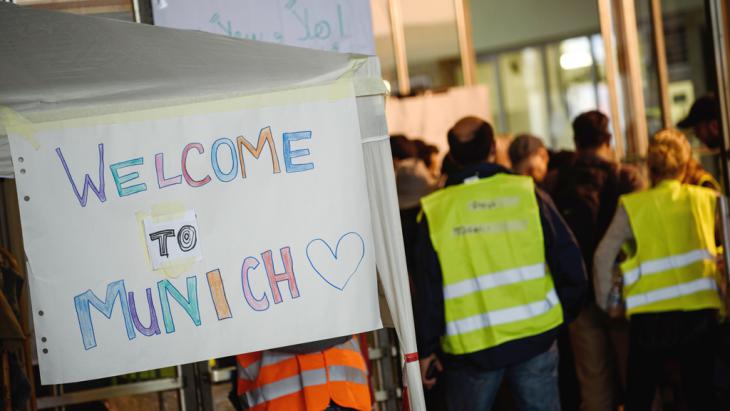 The refugee crisis is a chance to revive Europe's humanitarian heritage. Germany and the German people are taking the lead, says Loay Mudhoon

These are the images that have taken the world by storm: refugees pouring into Germany have been met by incredible gestures of spontaneous compassion this last week, especially at Munich's main station. The unprecedented solidarity with those in need is proof positive of the German public′s commitment to handling the refugee crisis effectively. People have been volunteering in droves, assuming personal responsibility for the situation – and even taking over tasks conventionally assigned to civil servants.

The sentiments of a civilised society are reflected in such empathy and dedication. They remain a remarkable testimony to what the German chancellor, Angela Merkel, recently referred to as "universal European values". We should be proud of this country and its wonderful people.

There is no question: over the next few years and maybe even decades, the influx of refugees to Germany will present the nation with some major challenges, economic as well as social. The immigration history of the Federal Republic of Germany, however, indicates just how adept the country is at integrating people.

Let us not forget that the Federal Republic of Germany managed to integrate millions of displaced people from Eastern European countries following the Second World War, not to mention its subsequent reunification at the end of the Cold War and the internal migration that prompted. During the 1990s, moreover, hundreds of thousands of Balkan War refugees also found protection and homes in Germany. 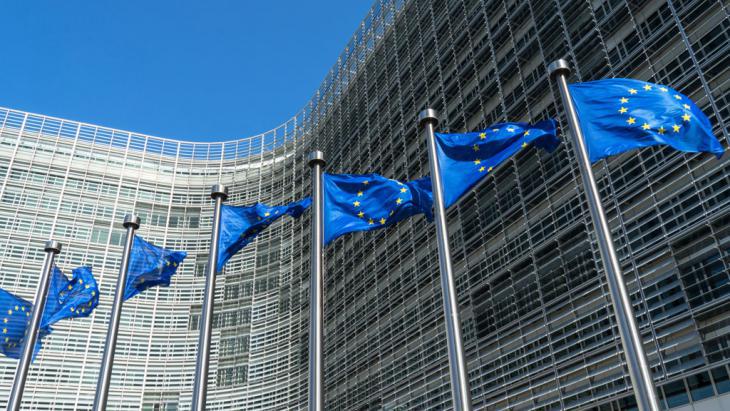 In favour of a common European asylum and refugee policy: "To really help people fleeing war, persecution and terror, we need common European standards on the treatment of asylum seekers and those seeking employment", writes Mudhoon

Despite Germany's economic power and these impressive achievements, questions about just how many new arrivals its towns and cities can absorb are naturally valid – along with concerns about what impact the refugees from Africa and the Middle East will have on the country in the medium to long term.

Frequently, however, there has been a lack of distinction between the voicing of legitimate concerns and burgeoning racial resentment. This could prove problematic, allowing in its wake the immigration debate in Germany to take a turn for the worse. The heart-warming accounts of a welcoming culture would be sidelined, replaced by irrational fears and scaremongering. Ultimately this would play into the hands of right-wing populists.

Should anyone be in any doubt: Germany’s democratic system is also robust enough to hold any refugees turned criminal accountable for their crimes.

With the refugee crisis affecting the European Union in its entirety, German politicians can be said to have revived Europe′s humanitarian heritage. Mere appeals for common European solidarity are, however, futile.

To really help people escape from war, persecution and terrorism, common European standards are required to deal with asylum seekers and those seeking employment. No EU country will be able to handle the refugee crisis successfully without common asylum laws, migration regulations, or legal access to European labour markets.

And because the problems can only be resolved on a European level, it is consistent and logical for Germany to urge other Europeans to live up to our "universal European values" by promoting humane asylum laws throughout the EU.

Home
Print
Newsletter
More on this topic
Refugee crisis in Europe: The price of European indifferenceAfter the refugee catastrophe in the Mediterranean: How the EU is killing refugeesPhoto essay: The end of the line – the refugees trying to reach the UK from Calais
Related Topics
European Union (EU), Integration in Germany, Migration, Migration in Germany, Policy on refugees and migration, Refugees
All Topics

Why are predominantly Muslim countries lagging behind when it comes to democracy and human rights? Dutch sociologist Ruud Koopmans uses a lot of figures to underpin his theory ... END_OF_DOCUMENT_TOKEN_TO_BE_REPLACED

The recent escalation of violence in Idlib is also a result of the increasing tensions between Turkey and Russia. The victims are those in Idlib, caught up in a hopeless situation ... END_OF_DOCUMENT_TOKEN_TO_BE_REPLACED

The 2015 Joint Comprehensive Plan of Action with Iran is in jeopardy. European governments should use the JCPOA’s dispute-resolution mechanism both to pursue immediate measures to ... END_OF_DOCUMENT_TOKEN_TO_BE_REPLACED

Many predominantly Muslim countries have penal laws against "blasphemy", "defamation of religion" and "apostasy". In practice they serve as highly effective weapons to settle ... END_OF_DOCUMENT_TOKEN_TO_BE_REPLACED

These days you might be forgiven for wondering whether international relations would be better served by artists than politicians. Iranian Kayhan Kalhor, a bridge builder from the ... END_OF_DOCUMENT_TOKEN_TO_BE_REPLACED

As we digest the details of Donald Trump's Vision for Peace, we need to ask ourselves just one question: does this draft guarantee an Israeli and a Palestinian baby born today ... END_OF_DOCUMENT_TOKEN_TO_BE_REPLACED
Author:
Loay Mudhoon
Date:
Mail:
Send via mail

END_OF_DOCUMENT_TOKEN_TO_BE_REPLACED
Social media
and networks
Subscribe to our
newsletter