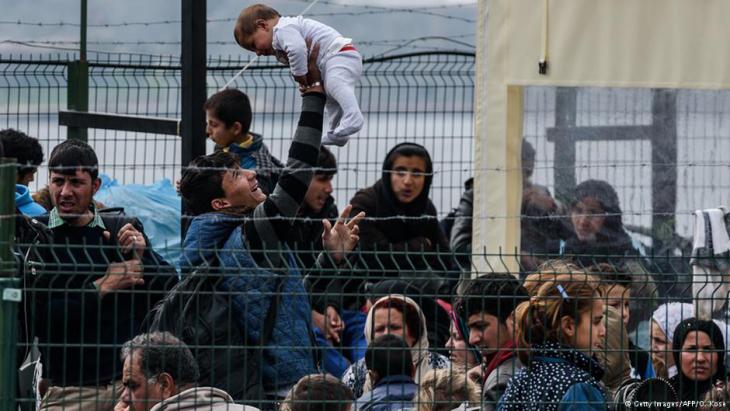 Europe′s response to the refugee crisis
"Ugly, feckless and dysfunctional"

A failure to appreciate the potential scale of the problem and a marked lack of interest in addressing the refugee question at a European level, meant that Europe′s heads of state were in utter disarray when the migration tsunami hit last September. Unfortunately little appears to have changed since. An opinion piece by Ana Palacio, former Spanish foreign minister

Even by European Union standards, the response to the so-called refugee crisis is a mess. This seems to defy logic: while the crisis is certainly a challenge, human rights – and, indeed, refugee protection – are embedded in Europe′s DNA. Moreover, the EU′s ageing and demographically challenged member states need immigrants. Yet, instead of spurring solutions, the current crisis has been bringing out all that is ugly, feckless and dysfunctional about the European project. What happened?

As is so often the case with the EU, the problem is a lack of clarity. The blurring of the lines between refugee and immigrant has made it virtually impossible to make compelling arguments in favour of proper refugee protection or more effective immigration policy. This has thwarted honest and constructive discussion, allowing those who peddle fear and nativism to gain ground.

The conflation of immigrants and refugees was probably not the result of malicious intent. Following the introduction of German Chancellor Angela Merkel′s open-door policy toward refugees last September, a raft of reports emerged offering economic and demographic arguments within which her decision could be framed. But such arguments actually poisoned the idea of refugee protection: the focus on the potential economic role of refugees inadvertently reinforced the view that they were, in fact, economic migrants.

The onward march of the populist right

Populist parties, which had already gained a foothold by playing on people′s fears of and frustrations with globalisation, seized on this notion. At a time of high long-term unemployment and heavy public-debt burdens, they declared that the refugees would take jobs from Europeans or, worse, drain European taxpayer-funded social benefits. 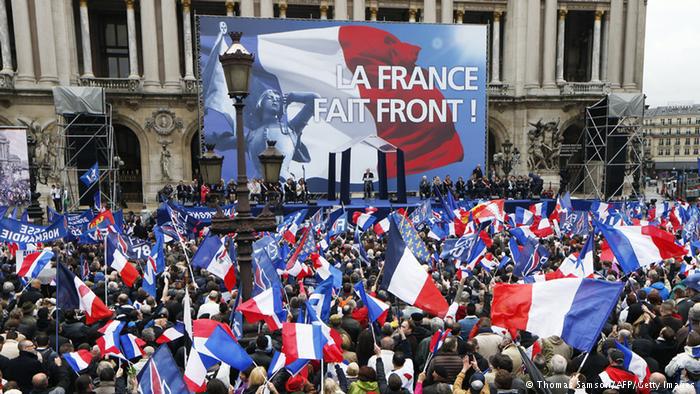 Consolidating support: during the French municipal elections held on 23 and 30 March 2014, the Front National won mayoralties in 12 cities. The party now has, in cities of over 1,000 inhabitants, 1,546 and 459 councillors at two different levels of local government. Marine Le Pen, leader of the Front National, has high hopes of winning France's presidential election in 2017

Some European populations, frustrated with the EU′s handling of past crises, had already begun to fall prey to nationalist sentiment; so it was not difficult for populists to portray the hundreds of thousands of refugees streaming into European countries as a new threat to national identity. Chaotic border scenes from Calais, Macedonia and Kos reinforced the image of disorder. Finally, the horrific terror attacks in Paris and Brussels, though carried out by European nationals, infused the discussion with a profound sense of insecurity.

When all of these challenges are lumped together, the problem seems intractable, creating the impression that an isolationist response is EU countries′ only hope for protecting themselves. But what Europe actually faces is three distinct challenges: protecting refugees, as required by European and international law; developing an effective and sustainable immigration policy that will benefit the EU; and responding to the discontent of second- and third-generation immigrant communities in Europe. When considered separately, effective solutions begin to emerge.

In terms of radicalisation among communities already living in Europe, much has been said, particularly following the attacks in March in Brussels. What too few have pointed out is that these are Europeans. Dealing with their restlessness and frustration within the context of immigration will only alienate them further.

As for the refugee challenge, the solution must begin with clarity about Europe′s actual responsibilities. The duty to provide protection to those with a “well-founded fear of being persecuted” is contained in the United Nations Convention relating to the status of refugees and reinforced by the Treaty of Lisbon. In other words, the EU must protect those who face imminent danger if returned to their home country, not everyone arriving at its borders.

Moreover, that protection is not supposed to be permanent. When it is safe to return home, those who have not obtained permanent residency or citizenship should do so. Everyone must understand that the obligation to protect people fleeing persecution has its limits.

To be sure, Europe should not be shouldering this burden alone. The entire international community should be doing its part. In 1979, an international conference was held to respond to the refugee crisis that arose from the end of the Vietnam War and the mayhem of the Khmer Rouge genocide in Cambodia; over the next two years, more than 620,000 refugees were resettled in 20 countries. Such co-operative action is badly needed today. As long as the rest of the international community fails to fulfil its responsibilities toward the refugees, it will remain difficult to convince a sceptical European public to do so. 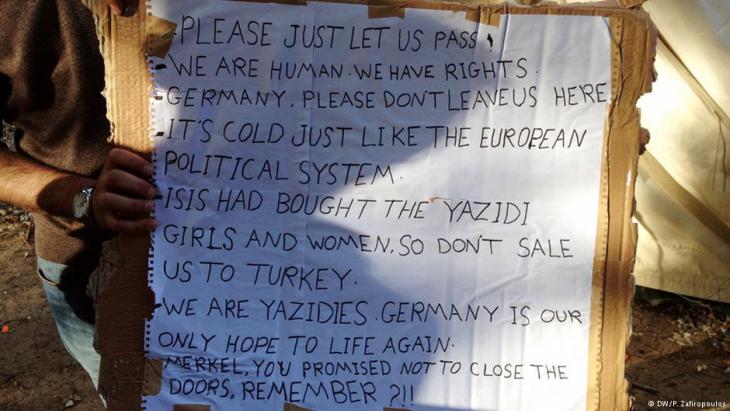 Clarity is similarly vital in addressing immigration. Welcoming immigrants is in Europe′s interest. But precisely which immigrants should be up to Europe. Yet neither the EU nor any of its member states has a coherent immigration policy with this end in mind. This must change, with the EU demonstrating its capacity to attract the talent and labour needed to ensure economic growth and competitiveness.

Beyond appropriate refugee and immigration policy, Europe needs proper tools for implementation. No amount of messaging and incentives will work if the borders are not secure or immigration rules are not being applied effectively.

It has been said that differentiating between refugees and immigrants is code for excluding everyone. That is not the case. A more precise understanding of the distinct problems facing Europe is vital to resolving them.

If we are to address the discontent of marginalised communities within Europe, we need to understand the factors underlying it. If we are to meet our international obligations toward refugees, we need to know what those responsibilities are. If we are to ensure that immigration benefits both the newcomers and their host communities, we need to identify what benefits we are seeking. Without such clarity, populists seeking to tear us apart with their simplistic xenophobic propaganda will thrive.

Since Ali Khamenei, Iran's most powerful man, has openly and unconditionally come out in support of Putin's war in Ukraine, logistical help is on its way, with an allegedly ... END_OF_DOCUMENT_TOKEN_TO_BE_REPLACED

Tourists have been returning to Tunisia, Egypt and Morocco. But, given the global uncertainty caused by the Ukraine war, will the comeback be enough to save a struggling sector, ... END_OF_DOCUMENT_TOKEN_TO_BE_REPLACED

The highly controversial Indian blockbuster "The Kashmir Files“, on the exodus of Kashmiri Hindus in the 1990s, is characterised by unilateral representations, negative ... END_OF_DOCUMENT_TOKEN_TO_BE_REPLACED

"Flugt" is the world's first museum dedicated to the stories of those forced to flee. The new museum, which focuses on the fates of refugees then and now, is housed in a former ... END_OF_DOCUMENT_TOKEN_TO_BE_REPLACED
Author:
Ana Palacio
Date:
Mail:
Send via mail

END_OF_DOCUMENT_TOKEN_TO_BE_REPLACED
Social media
and networks
Subscribe to our
newsletter