Syria is largely isolated, politically and culturally. It's all the more surprising then, that the initiative "All Art Now" has introduced the international art scene to Damascus. Charlotte Bank has looked at what's going on and spoken to the people behind it

​​ In the last few years, Damascus has seen remarkable development in the field of art. New galleries have been set up, private artistic and cultural initiatives are multiplying, and Syrian artists are increasingly present on the international scene. The old criticism that Syrian art was always looking to the past, which was so often heard whenever the Syrian art scene was mentioned, is nowadays only partly justified.

It was the shortage of exhibition and working space for non-commercial contemporary art which led Abir Boukhari to found "All Art Now" in 2005. She describes it as a "cultural, artistic and social initiative" which is trying to create chances for young Syrian artists – whether it's by participation in workshops and events abroad, or by the promotion of an open attitude in Syria towards contemporary media and art forms.

For the last year, "All Art Now" has been based in the Damascus old town. The space is unfinished and it needs decoration, offering a positive invitation to use it for experiments as part of the projects they put on.

For example, for several months, the results of a workshop given by the Dutch graffiti artist Joost Eshuis for young Syrian artists could be seen on the walls of the building's courtyard. That gave the building a contemporary, urbane look, and provided a sharp contrast with the traditional old city environment. 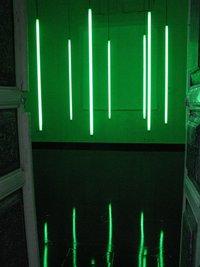 A critical treatment of daily religious practice: an installation by the Syrian artist Bayan Al-Sheikh

​​ The first exhibition in the new space was a project conceived by Abir Boukhari and the Swiss curator Rayelle Niemann, "Here I Stand", which went on show in summer 2008. Artists from Syria, Lebanon and Jordan dealt with issues relating to the position of the individual in the urban context – between past, present and future, between belonging and alienation.

In a 2008 video, also called "Here I Stand", Nisrine Boukhari explored how people define and distinguish themselves in relation to the 'Other' – whether that Other is another level of one's own personality or another person – and how they lay claim to space of their own, or an additional level of existence.

Such multi-layered examinations of the way people understand their personality and the levels of their awareness is an important aspect of the work of this artist, who often uses her own body as part of the investigative process, in order to help visualise psychological phenomena.

The international art scene in Damascus

In May this year, "All Art Now" presented the project "Magnetism", with artists from Syria, Romania, France and Britain. The artists from abroad wanted to take the centre and its location as a starting point for their work, and this inspired the creation of videos and installations which dealt with such issues as chance, or personal wishes and desires. 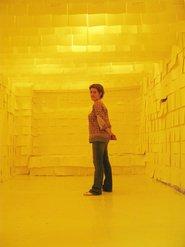 ​​ A deceptively innocent and inviting white room by Nisrine Boukhari allowed the visitors to choose which of three outwardly similar white powders in three glass bowls, placed between feather curtains and soft cushions, they would try. The bowls contained – allegedly – sugar, salt and poison.

An installation by Lea Maudet of France and Barbu Bejan of Romania invited visitors to undertake an active confrontation with their own voyeurism. Bayan Al-Sheikh, another young artist from the "All Art Now" collective, presented a critical treatment of daily religious practice.

Traditional practice as a millstone around the neck

The Syrian artists whom Abir Boukhari brings together in her projects work with contemporary techniques, although they all have a formal training as painters or sculptors, since this is the only choice available to art students in Syria. They have to learn contemporary techniques in workshops abroad or by studying on their own.

That's one reason why cooperation with other artists is so important in the "All Art Now" projects, so that everyone can profit from the experience of the others.

The contact with artists from abroad on equal terms brings new ideas and approaches, and that is very important for the development of a serious contemporary art scene in what is a politically and culturally isolated country, where the artists themselves rarely get the chance to take part in international events.

Abir Boukhari engages in tireless public relations work to try to enthuse the Syrian pubic for contemporary art. The first Syrian festival of video art took place in February, with participants from 42 countries. Following the decision of a German cultural organisation, the Goethe Institute, to support the project, it won the backing of the French, British and Dutch cultural institutes. Videos were shown in the organisation's own centre, but also in cafés and restaurants in the city, so as to reach a wider audience. 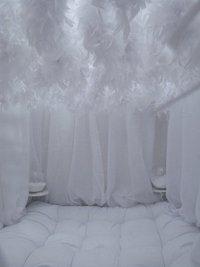 Deseptively innocent: an installation by Nisrine Boukhari during the "Magnetism" show

​​ This idea – of bringing art on to the streets – is largely unknown in Syria, where people usually consider that art belongs in beautiful rooms, aloof and far from daily life.

The work of "All Art Now" is followed in Syria with interest, but often with incomprehension. In the course of a discussion one evening during the video festival, the Turkish video artist Ethem Özgüven was met with the astonishing question from a Syrian television journalist: exactly what was meant by the term "video art", and on what basis could it be called "art".

Dawn of the present

In spite of such incomprehension from press and public, Abir Boukhari still achieves remarkable results from her activities. The Faculty of Fine Arts at the University of Damascus has said it would be interested in making its rooms available to show videos at the next festival in 2010.

Even the Damascus city authorities are no longer totally opposed to the idea of allowing a graffiti workshop in the streets of the city.

Projects like "All Art Now" are of inestimable value in the development of a genuine contemporary art scene in Syria. And it's people like Abir Boukhari who have the potential to drive the development, so that art from Syria will no longer be seen as an anachronism.

Open-Air Art in Syria
Dialogue with the Angle Grinder
The actor Faris al Helou, popular throughout the Arab world, brought fifteen sculptors together in the heart of Syria to work for a whole month in the open air. Manuela Römer went to see the artists at work

END_OF_DOCUMENT_TOKEN_TO_BE_REPLACED
Social media
and networks
Subscribe to our
newsletter