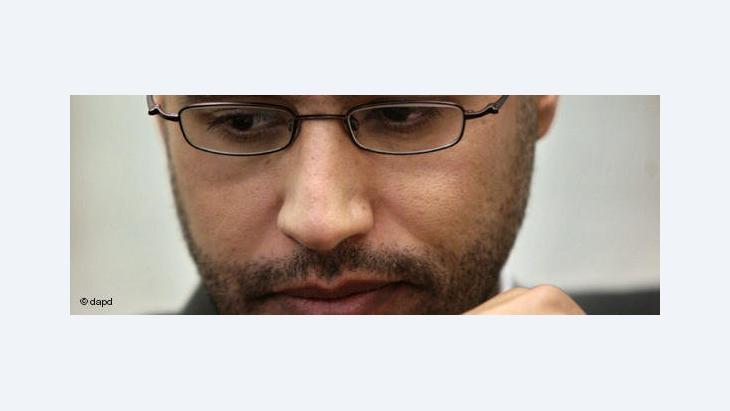 Fall of the Gaddafi Clan

A Fresh Start for Libya?

The hunt is over. The last two representatives of the Gaddafi regime have been caught: Saif al-Islam, the last of Gaddafi's fugitive sons, and Abdullah al-Senussi, the head of the Libyan secret service, who was known for his brutality. Alfred Hackensberger reports from Tripoli

With his turban, scarf and floor-length robe, he looked like a tourist disguised as a Bedouin. His cheeks and nose were red from the Sahara sun. The patrol that stopped him in the middle of the night on a desert track recognised him immediately: "I know you. You're Saif al-Islam."

The son of Gaddafi and his four companions did not try to defend themselves. "In the beginning he was very scared," recounts Achmed Ammer, one of the 15 fighters who stopped the convoy of two off-road vehicles. "He only calmed down when we assured him we wouldn't do anything to him." In the vehicles the rebels found several Kalashnikovs and 4,000 dollars.

On the run together

Abdullah al-Senussi was arrested in a secluded house that belonged to his sister in the small town of Birak, only 150 kilometres away from Obari, where Saif al-Islam was caught. The rebels suspect that Senussi and Saif al-Islam were on the run together after the fall of the capital of Tripoli on 21 August. The former head of the secret service is the uncle of Gaddafi's son. 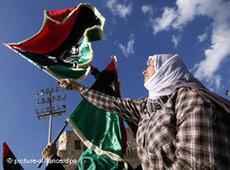 Gratification about the arrest of one of the last remaining figureheads of the Gaddafi regime: "Of course we are happy that these henchmen were finally caught. They should face trial in Libya"

​​Both were expected to be anywhere but Libya: in Algeria, Niger, Mali or even Zimbabwe. Their arrest comes as a surprise and can only be the result of a tip-off. The Libyans don't mind; they are just happy that the two have been apprehended. "Of course we are happy that these henchmen were finally caught," said Abdel Nasser, a bank employee from Tripoli. "They should face trial in Libya, and I can assure you, no Libyan would mind if they were hanged."

Saif al-Islam was regarded as his father's political successor, and during the civil war he encouraged Libyans to "fight the rats" (i.e. the rebels) to the end. This was a tone not expected from him in the West, where Saif al-Islam was believed to be a reformer who wanted to change his father's dictatorship into a democracy step by step.

The 39-year-old, who has a doctorate from the London School of Economics, did in fact initiate Libya's rapprochement with the West: the abandonment of its nuclear programme, the compensation payments for the Lockerbie bombing, and the release of two Bulgarian nurses accused of infecting Libyan children with HIV.

He called former British Prime Minister Tony Blair a friend, was invited to the residence of Baron Jacob Rothschild, and hosted aristocratic guests such as Prince Albert of Monaco at a party celebrating his 37th birthday.

The butcher of Tripoli

It seems unlikely that Saif al-Islam Gaddafi will face charges at the International Criminal Court in The Hague; the new Libyan government wants Gaddafi's son to face trial in his native country

​​Senussi by contrast is known as the ruthless hand of the regime, who had members of the opposition – or those he suspected of being opposition members – locked up, tortured and murdered. The former head of the secret service was allegedly behind the massacre at Abu Salim prison in 1996, in which 1,200 prisoners were murdered. He is also suspected to have been involved in the Lockerbie attack. In France he was convicted "in absentia" in 1989 for his role in an attack on a UTA passenger plane in which 170 people lost their lives.

During the civil war in Libya, Senussi gave orders to open fire on peaceful protestors and hired African mercenaries. Both he and Saif al-Islam have been accused of crimes against humanity. In June, the International Criminal Court (ICC) in The Hague issued warrants for the arrest of both men.

"They will be brought to justice. How, when and where, is still unclear," said Louis Moreno-Ocampo, the chief prosecutor of the ICC, who travelled to Tripoli to discuss an extradition of the captives with the interim National Transitional Council (NTC).

Libya would like to detain and try Senussi and Saif al-Islam itself. "The Libyan justice system has the capacity to pass judgement on people of this calibre," assured Mohammed al-Agi, Libya's interim justice minister. "The most important thing is that they are given a fair trial."

In contrast to the court in The Hague, both of the accused could receive a death sentence in Libya. This is a punishment that most Libyans not only expect but also demand. On the streets of Tripoli, Bengasi and Misrata, it would be hard to find anybody not in favour of execution of these two hated figureheads of the old regime. "Being hanged is the punishment they deserve," declared an oil engineer who spent many years in Europe and would like to remain anonymous. 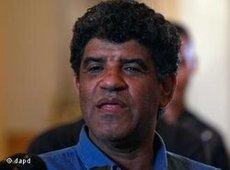 Known as the "Butcher of Tripoli" the former head of the Libyan secret service, Abdullah al-Senussi, is said to have been behind the massacre in the Abu Salim prison of 1996 in which 1,200 inmates were murdered

​​What will happen to Saif al-Islam and Senussi depends on the new government that the designated prime minister, Abdurrahim al-Keib, has been attempting to form for weeks. The celebrations in the streets were only a veneer for the problems the new Libya must face, says al-Keib.

Militias, tribal groups, religious parties and economic interest groups – they all want a piece of the new pie. Prime Minister al-Keib is confronted with an incredibly difficult task in the allocation of ministerial posts: he must try to please everyone.

The brigades from the city of Zintan, who conquered Tripoli and arrested Saif al-Islam, are demanding prime cabinet posts such as internal affairs, justice and defence. Their militias are stationed in the capital, guarding the international airport as well as important oil infrastructure.

The brigades from Misrata, who found and shot Muammar Gaddafi and his son Moutassim in Sirte, are demanding the same positions. The Islamists don't want to end up empty-handed. One of the most familiar faces among them is that of the military chief of Tripoli, Abdel Hakim Belhadj. He fought on the side of the Taliban in Afghanistan and with al-Qaeda in Iraq.

Abdullah Naker, another military commander in Tripoli, has declared his opposition to an over-representation of Islamists. He heads the Revolutionary Council and has announced that he is prepared to overthrow the new government if it becomes a new Islamist dictatorship: "In this case our answer will be the same as it was to Gaddafi. Our troops are all still stationed and they have not gone home yet."

It will be interesting to see how the new patchwork government that is to be announced this week will be pieced together. Only then will we find out what is to happen to the two high-level prisoners Saif al-Islam Gaddafi and Abdullah al-Senussi.

Unauthorised immigration to Europe went down at the peak of the pandemic. As EU countries re-open, migrant flows are back up. What does it mean for the EU – and for migrants? By ... END_OF_DOCUMENT_TOKEN_TO_BE_REPLACED

The children of Libya's brutal and erratic former dictator Muammar Gaddafi are becoming more popular as the country's elections, scheduled for 24 December, approach. Some fear ... END_OF_DOCUMENT_TOKEN_TO_BE_REPLACED

Two refugees detained in Egypt are facing deportation to Eritrea. The expulsion of the Eritreans, who have been incarcerated in Cairo for more than eight years, has been halted ... END_OF_DOCUMENT_TOKEN_TO_BE_REPLACED

Germany's foreign policy is explicitly values-based. But what happens, Ralf Bosen asks, when democracy, the rule of law and human rights collide with the logic of trade and ... END_OF_DOCUMENT_TOKEN_TO_BE_REPLACED

A new survey by Arab Barometer adds numbers to the narrative that COVID has led to a harsher reality for women in the Middle East and North Africa. By Jennifer Holleis and Razan ... END_OF_DOCUMENT_TOKEN_TO_BE_REPLACED

The Libya Conference will be held in Berlin on 23 June. Much has been achieved since the last Libya Conference in Berlin in January 2020. The ceasefire is holding, there is a ... END_OF_DOCUMENT_TOKEN_TO_BE_REPLACED
Author:
Alfred Hackensberger
Date:
Mail:
Send via mail

END_OF_DOCUMENT_TOKEN_TO_BE_REPLACED
Social media
and networks
Subscribe to our
newsletter