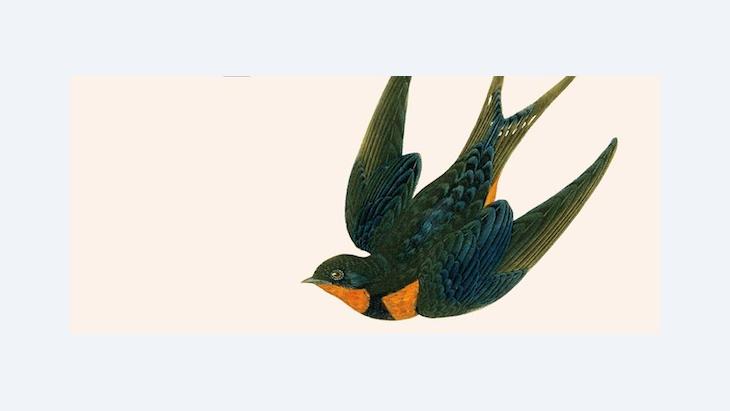 Fariba Vafi's novel ''My Bird''
The Iranian Dream of Emigration

Can a novel in which nothing is said about politics and which does not focus on society as a whole still have a political dimension? Having read Fariba Vafi's novel, My Bird, the answer is most certainly "yes". A review by Volker Kaminski

It is only on a superficial level that Fariba Vafi restricts herself to the day-to-day problems of the female protagonist, to the same old difficulties faced by this mother of two, to the marital quarrels with her husband. Right from the opening chapter, the seemingly naive narrative contains a subtext that runs through the whole microcosm described in the novel and brings it vibrantly to life.

A young Iranian woman, who remains nameless throughout the story, tells of the residential area in an equally nameless large Iranian city to which she and her husband and children have moved. Everything is new and strange to her. The book opens with the sentence: "This is the People's Republic of China." In reality, however, the woman has never been to China; it is just the way she imagines China to be: loud, confusing, and "full of people". However, the comparison with China (and two pages later with India) is anything but coincidental.

As exotically distant as these lands seem to her, she feels equally foreign and at the same time heteronomous in her role as mother and wife. Inside, she feels a huge, insatiable desire – a desire for freedom – that ultimately destroys her marriage.

Fariba Vafi has been praised for decribing the normalcy of everyday life in Iran in a subtle, quite and convincing manner. "The seemingly naive narrative contains a subtext that runs through the whole microcosm described in the novel and brings it vibrantly to life," Volker Kaminski writes

​​Because of the quiet, restrained way in which the story is told, the reader initially has the sensation of observing the family's conflicts through the wrong end of a telescope. Events like the death of the father and the loneliness of the mother are related almost as asides. Moreover, while the sisters' regular visits and the way they sit together create the impression of happy families, appearances are deceiving; in reality, the world from which the narrator comes is a world full of violence and horror.

She grew up filled "with a thousand fears", the permanent fear of being abused by her uncle and the fear of the frequent punishments meted out to her as a child when she was forced to sit alone in the dark cellar. The death of her father was also a traumatic experience for her. The old man, who was suffering from dementia, was brought down to the cellar on his bed, where his daughter heard him wailing and crying four hours on end without anyone paying him the least bit of attention. 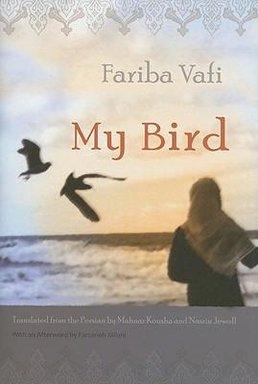 Fariba Vafi "Parande-ye-man" (My Bird), was awarded the Iranian "Yalda" Literary Prize and the "Qolshiri" Prize in 2002. The English translation was published in 2009

​​The young woman wants to feel like an independent individual; she no longer wants to bear the fear, accept the coercion and cling to her family and her husband in her helplessness. But this goal seems out of reach. Her plan fails at an early stage because she and her husband, Amir, cannot agree about their future together. Amir is obsessed with the idea of emigrating to Canada. A future in Iran seems unimaginable to him.

"If we stay here, nothing will change," he declares emphatically. To his wife, he says: "If you stay here, you will turn bitter. There is no future here for you; neither for you, nor for the children." As clear as Amir's assessment of the situation sounds, there is little he can do to implement his plans. His dream of emigration remains just that: a lasting dream. Amir seems like a "migratory bird forced to live in a cage." Every now and then, he shoulders his rucksack and sets off on a trip, leaving his wife and children alone behind. He always comes back after a while, rarely having gotten any further than Baku.

Emigration as an Iranian "chimera"

Using simple means and memorable, original metaphors, the novel describes a reality that reflects the day-to-day reality of life in contemporary Iran.

In an essay-like afterword, which was written by the German-Iranian author SAID, the dream of emigration is described as a widespread "chimera" in modern-day Iran. SAID writes that "five million Iranians (have) left the country since the Islamic Revolution – legally or illegally – driven by the hunger for a better country, for a better life."

But many have to stay and come to terms with the situation, as, incidentally, does the author herself, who to this day lives in Tehran with her family. My Bird is Fariba Vafi's first novel. It was published in Iran in 2002 and received a number of international awards.

Through the vehicle of the novel's main protagonist, she describes a struggle for liberation that a young woman has to put up both for herself in private and yet also symbolically for many others. The fact that she cannot move away and is confronted by the rules of society, which are imposed by men, is something that the protagonist has to accept on a daily basis. 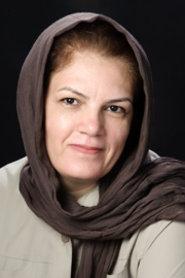 ​​However, the bird in the title of the book is like a lodestar in the life of the young Iranian woman; she has to learn to lose her fear of the "shadows and spirits" around her und take the liberty of going out and making the world her own, which she actually does in the final chapter of the novel.

When she does, she leaves an incredulous husband behind, whom she has not loved for some time, and waves goodbye to her children, who are standing at the window watching her.

The tone of the novel is ironic throughout; a tone in which everything seems possible, yet nothing arbitrary. The images selected by the author are clear and vivid. The outlines of the life in which the young woman initially seems to be trapped appear clear and precise: it is a life between kitchen and cellar, between husband and children, and all the time, she is besieged by feelings of not being able to cope.

But the woman gradually learns to fight for and obtain small freedoms. Even places that previously filled her with dread lose their horror.

"I like the cellar," she says at the end of the novel. "I sometimes go back there ... For some time now, I have understood that I always carry a cellar around with me."

Using such a simple, yet accurate phrase as this, it is possible to give expression to what goes on inside a changing person who does not give up the fight for emancipation, even though it may initially seem like a lost cause.

The English version of "My Bird" was published by Syracuse University Press in 2009.

END_OF_DOCUMENT_TOKEN_TO_BE_REPLACED
Social media
and networks
Subscribe to our
newsletter